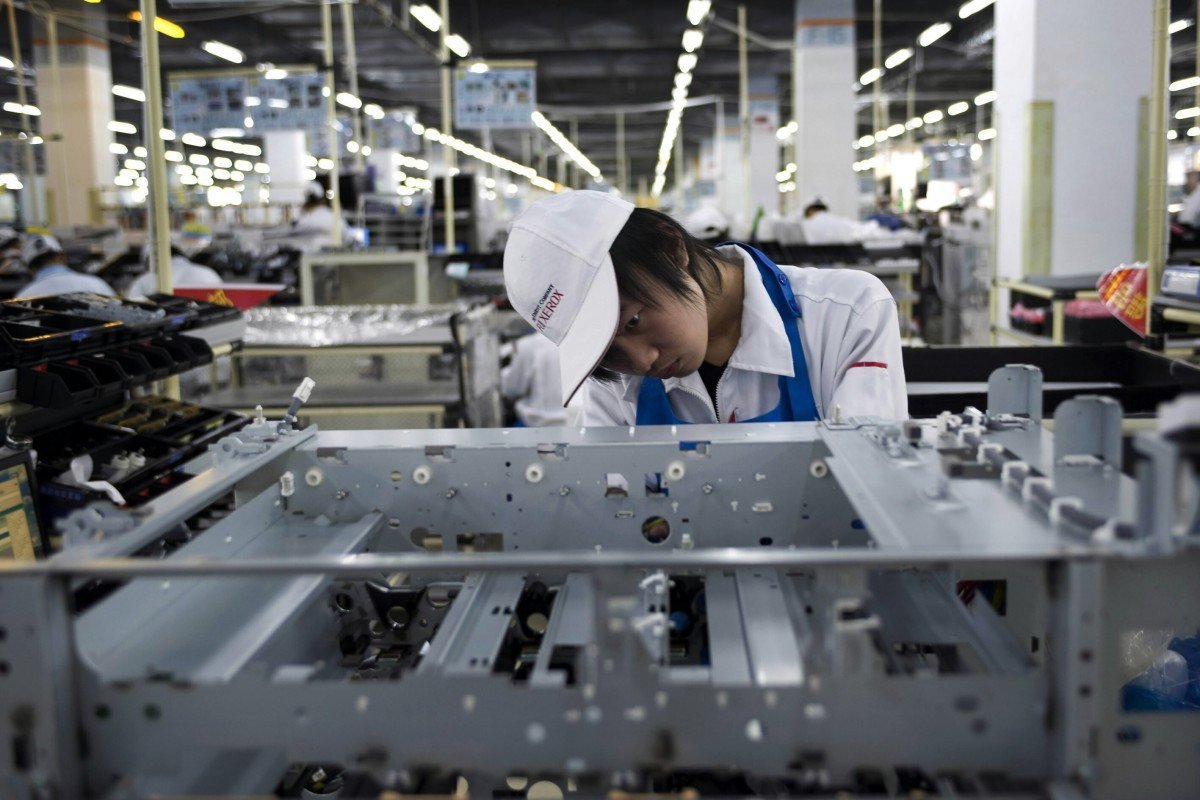 Bringing the coronavirus under control quickly with strict lockdown measures has ensured that China will see a ‘stable environment for the continued recovery of the domestic economy’.

The rapid speed with which China tackled the coronavirus outbreak domestically allowed for the timely easing of strict confinement measures and the reopening of businesses, helping the Chinese economy rebound more quickly than originally expected, according to the latest forecast by the Organisation for Economic Cooperation and Development (OECD).

While a gradual recovery of the global economy is projected to continue for the next 18 months, the pace will vary from nation to nation, with a significant upwards revision to the growth outlook for China.

The intergovernmental economic organisation predicted that China’s economy will expand by 1.8 per cent in 2020, and 8 per cent in 2021. The group attributed this to a better-than-expected recovery, with activity returning quickly to pre-pandemic levels by the end of the second quarter, fuelled by strong infrastructure investment.

That is a significant upwards revision from its June’s projection that the Chinese economy would contract by 3.7 per cent this year and grow by 4.5 per cent in 2021.

“China is the only G20 country in which output is projected to rise in 2020,” OECD chief economist Laurence Boone said, referring to the organisation of finance ministers and central bank governors from 19 individual countries and the European Union. He pointed to China’s “rapid control of the virus and the policy support provided to enable a quick rebound in activity”.

Gross output is the measure of total economic activity in the production of new goods and services. It is a much broader measure of the economy than gross domestic product (GDP).

But Boone cautioned that China’s recovery will be less of a driver for global growth than in the 2008 financial crisis, “because China is now much less export-driven and is importing much less capital. It is resting much more on consumption as a driving force. So, this means that the countries that used to export to China would do less in this recovery”.

Nevertheless, the Paris-based policy forum said a gradual global recovery was under way after the unprecedented shock. For example, household spending on many consumer durables, including cars, has bounced back relatively quickly, as pent-up demand accumulated while strict confinement measures were in force.

But uncertainty remains high, and consumer confidence is still weak. Spending on services, especially those requiring close proximity between workers and consumers, and in international travel, has remained subdued, reflecting changes in consumer behaviour and continued public health restrictions.

Corporate investment and international trade have also remained weak, holding back the rebound in manufacturing production in many export-oriented economies, the OECD said.

“The projections assume that sporadic local outbreaks will continue, with these being addressed by targeted local interventions rather than national lockdowns; a vaccination is assumed not to become widely available until late in 2021,” the OECD said.

Better-than-expected activity data for August showed an acceleration in China’s industrial production, while retail sales grew for the first time this year. Fixed-asset investment for the first eight months of the year continued to fall, but the pace of decline continued to shrink compared with previous months.

The latest economic indicators are encouraging signs that China’s recovery is broadening out into private capital expenditure and retail sales, boosting confidence that GDP is on track to return to its pre-Covid potential growth level, said Robin Xing Ziqiang, chief China economist at Morgan Stanley.

Chinese growth could accelerate to 4.7 per cent in the third quarter from a year earlier, up from the 3.2 per cent rise in the second quarter, as the momentum in exports and services consumption has extended into September, Xing said.

Raymond Yeung, chief economist for Greater China at ANZ Bank, also upgraded his China GDP growth forecast to 2.1 per cent for 2020, up from 1.8 per cent, on the back of a robust recovery in the services industry and news that China could have Covid-19 vaccines ready this year. Yeung raised China’s 2021 forecast to 8.8 per cent, up from 8.1 per cent.

“China’s efforts in containing local coronavirus flare-ups have largely paid off, as evidenced by the smaller-than-expected impact on overall GDP growth,” Yeung said. “This will ensure a stable environment for the continued recovery of the domestic economy for the remainder of 2020.”