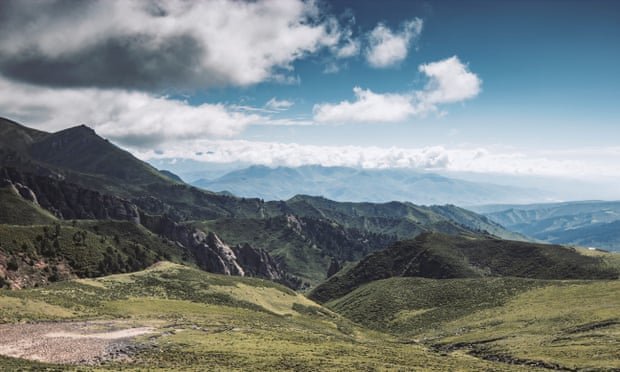 China is planning a rapid expansion of its weather modification programme to cover an area more than one and a half times the size of India, in a move likely to raise concerns among the country’s neighbours.

The decision, announced by the cabinet on Wednesday night, would increase fivefold the world’s biggest cloud-seeding operation, which already employs an estimated 35,000 people.

For six decades, the communist nation has deployed military aircraft and anti-aircraft guns to lace clouds with silver iodide or liquid nitrogen to thicken water droplets to the point where they fall as snow or rain. The technology has mostly been used at a local level to alleviate droughts or clear skies ahead of major events, such as the 2008 Olympics or last October’s 70th anniversary of the People’s Republic of China.

But the proposed enlargement is on a scale that could affect regional weather patterns. The cabinet said it wanted to extend the artificial rain and snow programme to cover at least 2.1m sq miles (5.5m sq km) of land by 2025. The long-term plan envisages that by 2035, the country’s weather modification capabilities would reach an “advanced” level and focus on revitalising rural regions, restoring ecosystems and minimising losses from natural disasters.

Part of that is a new weather modification system in the Qinghai-Tibet plateau, Asia’s biggest freshwater reserve. Chinese scientists are working on the ambitious Tianhe (“sky river”) plan to divert water vapour northwards from the Yangtze River basin to the Yellow River basin, where it would become rainfall.

They say they have found potential channels near the boundary of the troposphere that could carry 5bn cubic metres of water annually. The China Aerospace Science and Technology Corporation has reportedly constructed hundreds of chambers in the mountain region – known as Asia’s water tower – to feed silver iodide into the atmosphere in large volumes.

This attempt to hydro-engineer the sky could ease shortages in the dry north of China but may exacerbate problems in south-east Asia and India if it affected the flow of the Mekong, Salween or Brahmaputra rivers – all of which have their sources on the Qinghai-Tibet plateau.

Even before the latest announcement, Indian websites have speculated that China is weaponising the weather and may already be disrupting rainfall patterns. There is little credible evidence, but China would not be alone in trying to alter the weather for strategic purposes.

The US journalist Seymour Hersh revealed in 1972 that the US attempted to manipulate seasonal rains during the Vietnam war. Operation Popeye, as it was known, aimed to flood the communist supply route along the Ho Chi Minh trail. The US company General Electric conducted the first cloud-seeding experiments in 1946. The technology was later adopted and upgraded by the Soviet Union and then applied with fervour by China during the Great Leap Forward, when Mao Zedong said “manmade rain is very important. I hope the meteorological experts do their utmost to make it work.”

But its use has been peaceful and domestic. In the north, it is coordinated by the Beijing weather modification office, which claims it has increased precipitation in the capital by more than 10%. In 2009 it was credited for a snowfall that helped to relieve a protracted drought. Ahead of the Olympics in 2008, more than 1,000 silver iodide shells were fired into the sky over eight hours to keep rain from disrupting the opening ceremony. The technology was also reportedly deployed to clear smog in time for the 2014 Asia-Pacific Economic Cooperation (Apec) meeting. Locals still jokingly refer to the colour of clear skies as “Apec blue”.

But there are concerns about the lengths to which the Communist government is willing to go to in tampering with the elements. In the 1970s, Chinese generals proposed using nuclear weapons to blast a channel through the Himalayas so that warm humid air from the Indian subcontinent could be diverted to green the deserts of central and northern China. The country is also in the midst of the world’s biggest water diversion scheme, which aims to achieve a similar goal. However, many scientists, even within China, are doubtful about the effectiveness of cloud seeding, particularly on a large scale.

In China, weather modification is institutionalised and widely deployed, and current narratives around the legitimacy to intervene in the local climate may provide a rationale for interventions such as solar radiation management.

Recent science papers say the artificial rain programme takes these ideas to a new technological and political level. Shiuh-Shen Chien and colleagues from National Taiwan University said China’s cloud water governance presents a new human-weather ideology of “taming the weather”. Bettina Bluemling from the University of Queensland and others argue that this scale of intervention could set a precedent for Beijing to take the first steps in climatic geoengineering.