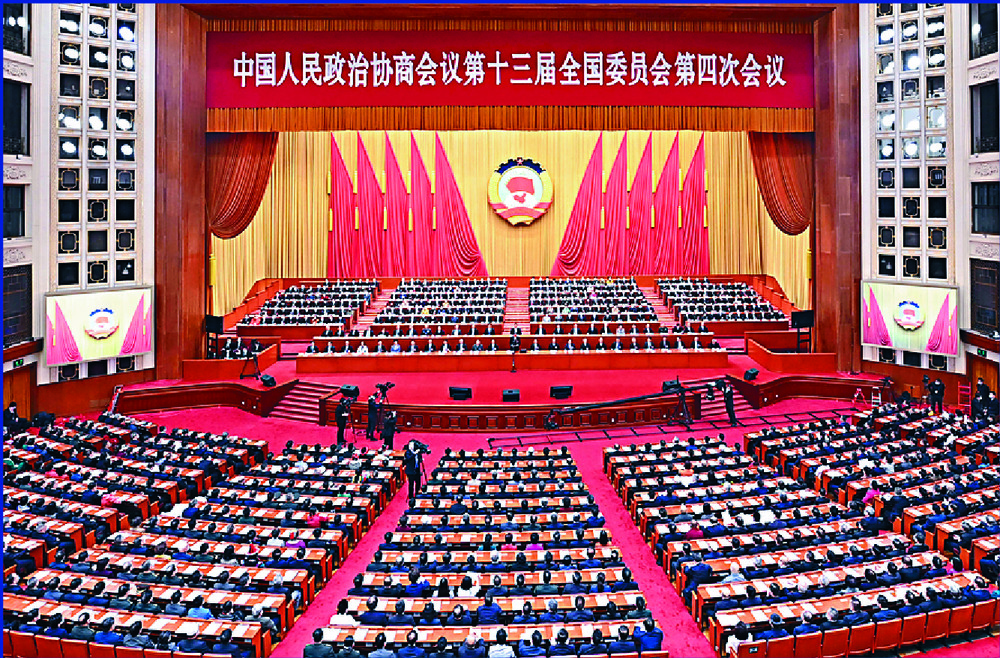 It is understood that some key details - including the size of the Election Committee - will be finalized today, as the National People's Congress meeting wraps up this morning.

Sources said the size of the Election Committee, which currently only chooses the Chief Executive, may increase from 1,200 members to 1,500 after the changes.

It is also reported that Election Committee members will be tasked with nominating all candidates standing in Legislative Council elections and 30 to 40 of them could also enter Legco as lawmakers.

In Hong Kong, Liberal Party leader Felix Chung Kwok-pan said small political parties could be eliminated from the legislature after the electoral changes.

This was after sources said Beijing is mulling over changing the electoral system from the current proportional representation to a binomial system.

The pro-establishment lawmaker said the change would affect both sides of the political spectrum, as small parties will find it harder to enter the legislature.

"Regardless [of] whether it is the pro-establishment or pro-democracy camp, big parties will get more seats and small parties could disappear from the legislature," Chung said.

Under the binomial system, candidates have to group themselves into a list of two to run for two seats per electoral constituency.

Each voter can vote once for a candidate of their choice and the two lists which obtain the most votes can get the candidate with the highest vote within the list elected, unless the list with the first majority doubles the number of votes obtained by the list that comes second.

Under the current proportional representation system, the percentage of votes obtained by a list will be proportionally reflected in the number of seats it gets in that particular geographic constituency.

Chung also said it would be "more ideal" to only reduce the seats elected through the geographical constituency from 35 to 30 after reports suggested it might be slashed to just 20, as Chung said those seats are "more legitimate and citizens have a higher level of participation."

Fellow lawmaker Regina Ip Lau Suk-yee, also chairwoman of the New People's Party, said the seat reduction in the geographical constituency will make it more difficult for the government to gauge public opinion.

But more professionals would be able to enter the legislature through the new Election Committee constituency in the future, according to Ip, who added that it is yet to be clear what impact the electoral changes would bring to her party.

On the other hand, political scholar Derek Yuen Mi-chang said the electoral changes have most probably crushed the pro-democracy camp's hopes to gain an unprecedented majority in Legco, as they would have to obtain their nomination from the Election Committee.

"That is basically asking them to file their applications to stand in the election from the Beijing's Liaison Office in Hong Kong, which will be relatively harder for those who are not from the pro-establishment camp," Yuen said.
Add Comment