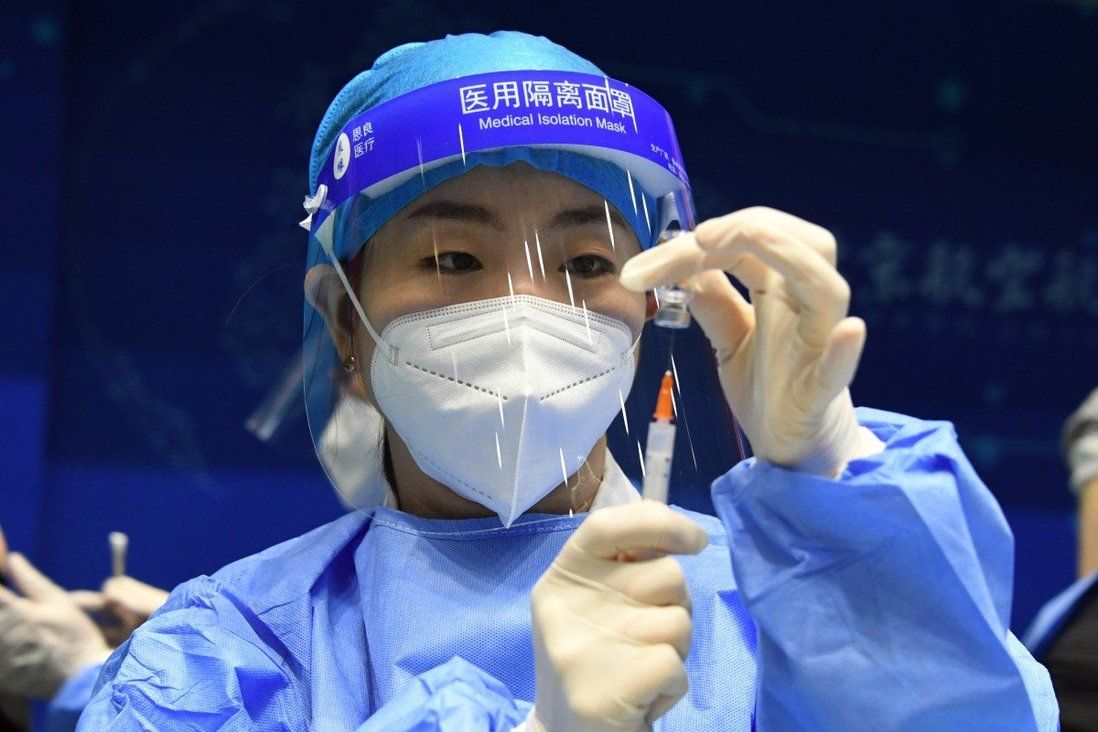 National Health Commission does not specify which of China’s vaccines they will be given but if they don’t join in, there may be a cost in future.

China is opening its vaccination programme to people from Hong Kong and Macau who live on the mainland, the National Health Commission (NHC) said in a notice on Tuesday.

Hong Kong and Macau residents who join the free and voluntary vaccination programme on the mainland will receive the same treatment as mainlanders. To qualify, they must provide proof of a residence permit issued by the Public Security Bureau or a mainland medical insurance scheme.

The NHC has not stated which vaccine will be given to Hong Kong and Macau residents. China has approved the public use of four vaccines from Sinovac Biotech, Sinopharm, CanSino Biologics and Wuhan Institute of Biological Products (an affiliate of Sinopharm).

Vaccine recipients who have an adverse response to the jab will receive the same treatment and compensation available to local residents.

The Chinese Centre for Disease Control and Prevention said the Covid-19 vaccines were safe for patients with a history of allergies. Under the latest guidelines, only people with a history of serious reactions to vaccines or ingredients used in the dose were advised not to get inoculated.

Residents who choose not to join the current inoculation drive may have to pay for the jabs in future, the NHC said.

Aaron Yong, 32, who was born and raised in Hong Kong, has lived in Guangzhou for more than 12 years and is now running a teahouse in Huangpu district. Yong said he was not considering getting vaccinated – at least for now.

“I am mainly worried about the safety of the vaccine,” Yong said. “Every day I see the news from Hong Kong that someone is unwell or died after the vaccination I’m a little afraid. I will wait. If more people are inoculated, vaccine safety should be able to improve. Basically, I think if about 40 per cent of the population is vaccinated, it will be safer and I’ll definitely take it.

“The epidemic in China is very well controlled, it should be the best controlled in the world. My restaurant is operating normally, it’s not very affected by the virus,” Yong said. “Now, I hope quarantine requirements can be lifted and we can go back to Hong Kong to visit friends and relatives. I’m eager, I haven’t been back for more than a year.”

Peter Yuen, a 33-year-old Hong Kong-born marketing graduate who runs a snack delivery start-up in Panyu, a booming district in Guangzhou, also has no plans to get vaccinated after seeing the news. And, like Aaron Yong, he too is open to changing his mind.

“We haven’t received any notification from the community yet. But I think the epidemic is well controlled in the mainland now, so there is nothing to worry about and it’s OK not to be inoculated,” Yuen said.

“When the epidemic rebounded a while ago, I considered going back to Hong Kong for a vaccine, but I would have to quarantine in Guangzhou for 14 days after coming back, which is inconvenient so I didn’t do it. Now that the epidemic is under control there is no need.”

Yuen said he was not worried about the safety of vaccines because domestic vaccines should not have quality problems, and he believed those who died after vaccination in Hong Kong were usually elderly or had chronic diseases.

Yuen said he would not be vaccinated “mostly for my personal reasons – my wife and I are currently preparing for pregnancy and I also have to teach tennis lessons part-time every week”.

“I’ve learned people should not do strenuous exercise for at least one week after the vaccination. Now, the general environment is relatively safe and my job is not high-risk but if the epidemic becomes severe again in future, I will definitely take the vaccine,” he said.

China’s vaccination programme is open to people aged over 18. The country has previously excluded its senior population from inoculation, saying there was not sufficient trial data for the elderly, but since April 1 China’s vaccination drive has been open to adults over 60.

In China, nearly 142 million doses had been administered by Monday, or about one dose for every 10 people. The country aims to inoculate 40 per cent of the population– about 560 million people – by June. As China scales up its vaccination programme, major cities such as Beijing and Shanghai have expanded their inoculation drive to include foreigners.

Preparations for a “health code” system to prove a traveller’s health status when crossing the border were completed last October, but plans were halted when the fourth wave of infections emerged in Hong Kong in November.

Separately, all travellers coming from mainland China, Macau and Taiwan must now undergo mandatory testing, either on arrival or on the second and 12th day afterwards. This applies to Hongkongers coming back from Guangdong and Macau under the “Return2hk” Scheme.

The Hong Kong government is looking at expanding the Return2hk programme to exempt residents returning to the city from any airport in mainland China from quarantine. Currently, the scheme only applies to Hongkongers returning from Guangdong and Macau if they test negative in the 72 hours before entry.