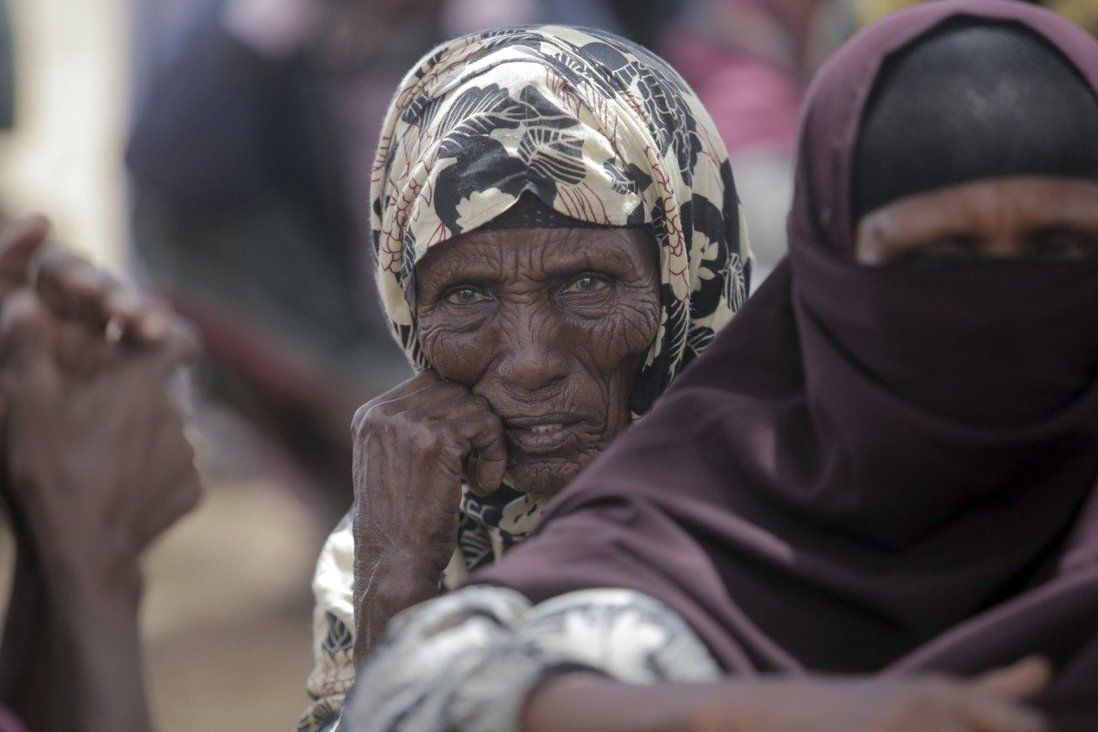 China needs to help feed the hungry like the US is, says UN

World Food Programme boss David Beasley said while visiting Africa that US will buy 150,000 tons of grain for upcoming shipment of food aid; ‘we get diddly-squat from China’ or very little, he added.

The United States is stepping up to buy about 150,000 metric tons of grain from Ukraine in the next few weeks for an upcoming shipment of food aid from ports no longer blockaded by war, according to World Food Programme (WFP) chief.

The final destinations for the grain are not confirmed and discussions continue, David Beasley said. But the planned shipment, one of several the UN agency that fights hunger is pursuing, is more than six times the amount of grain that the first WFP-arranged ship from Ukraine is now carrying toward people in the Horn of Africa at risk of starvation.

Beasley spoke on Friday from northern Kenya, which is deep in a drought that is withering the Horn of Africa region. He sat under a thorn tree among local women who said that the last time it rained was in 2019.

Their bone-dry communities face yet another failed rainy season within weeks that could tip parts of the region, especially neighbouring Somalia, into famine. Already, thousands of people have died. The World Food Programme says 22 million people are hungry. 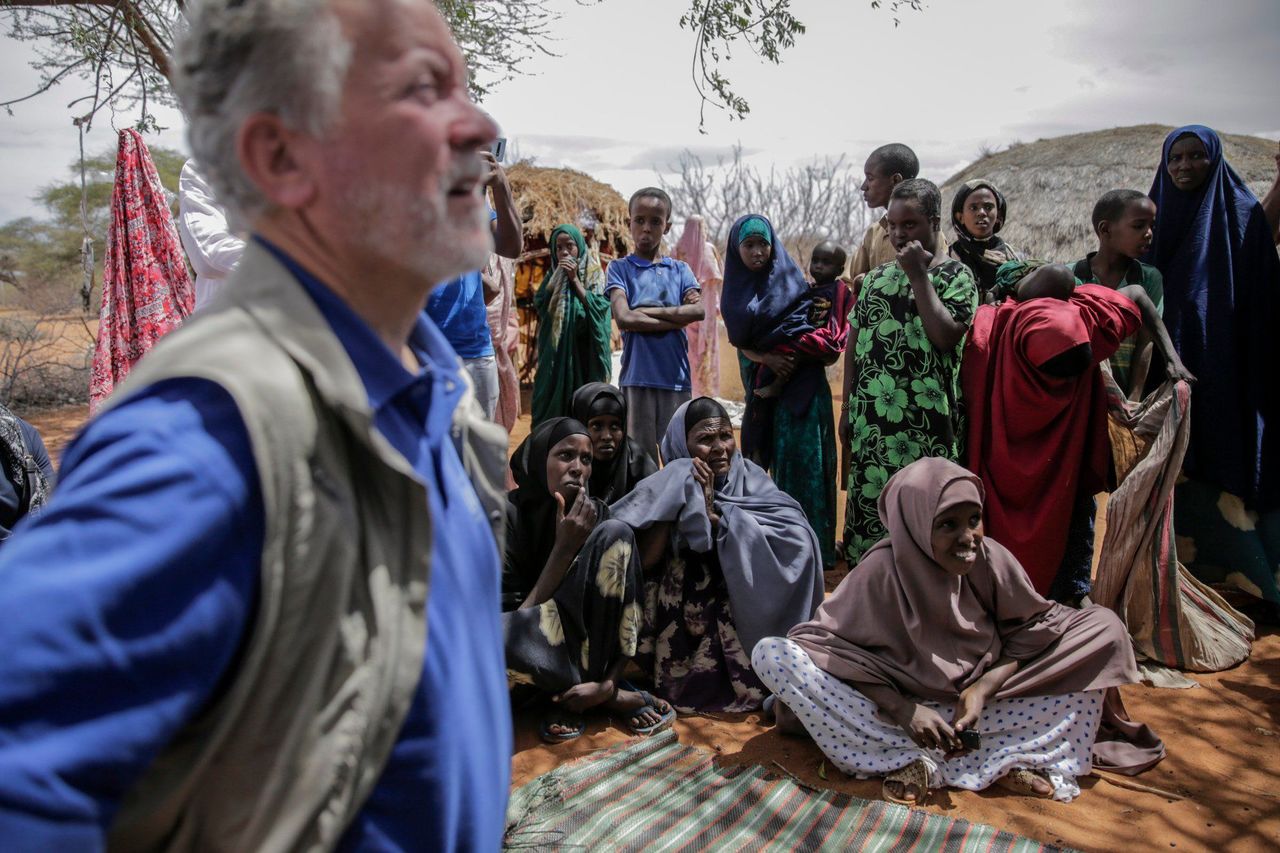 “I think there’s a high probability we’ll have a declaration of famine” in the coming weeks, Beasley said.

He called the situation facing the Horn of Africa a “perfect storm on top of a perfect storm, a tsunami on top of a tsunami” as the drought-prone region struggles to cope amid high food and fuel prices driven partly by the war in Ukraine.

It is expected to dock in Djibouti on August 26 or 27, and the wheat is supposed to be shipped overland to northern Ethiopia, where millions of people in the Tigray, Afar and Amhara regions have faced not only drought but deadly conflict.

Ukraine was the source of half the grain that WFP bought last year to feed 130 million hungry people. Russia and Ukraine signed agreements with the UN and the Turkish government last month to enable exports of Ukrainian grain for the first time since Russia’s invasion in February.

But the slow reopening of Ukraine’s ports and the cautious movement of cargo ships across the mined Black Sea will not solve the global food security crisis, Beasley said. He warned that richer countries must do much more to keep grain and other help flowing to the hungriest parts of the world, and he named names.

“With oil profits being so high right now, record-breaking profits, billions of dollars every week.... the Gulf states need to help, need to step up and do it now,” Beasley said. “It’s inexcusable not to. Particularly since these are their neighbours, these are their brothers, their family.”

He asserted the World Food Programme could save “millions of lives” with just one day of Gulf countries’ oil profits. China needs to help as well, Beasley said.

“China’s the second-largest economy in the world, and we get diddly-squat from China” or very little, he added.

“Even if this drought ends, we’re talking about a global food crisis at least for another 12 months,” Beasley said. “But in terms of the poorest of the poor, it’s gonna take several years to come out of this.”

Some of the world’s poorest people without enough food are in northern Kenya, where animal carcasses are slowly stripped to the bone beneath an ungenerous sky. Millions of livestock, the source of families’ wealth and nutrition, have died in the drought. Many water pumps have gone dry. More and more thousands of children are malnourished.

“Don’t forget us,” resident Hasan Mohamud told Beasley. “Even the camels have disappeared. Even the donkeys have succumbed.”

With so many in need, aid that does arrive can disappear like a raindrop in the sand. Local women who qualified for WFP cash handouts described taking the 6,500 shillings (about US$54) and sharing it among their neighbours – in one case, 10 households.

“The most interesting thing we hear is people saying, ‘We’re not the only ones,’” said WFP programme officer Felix Okech. “‘We’re the ones who have been selected (for handouts), but there are many more like us.’ So that is very humbling to hear.”

In a small crowd that had gathered to listen to stories of children too weak to stand and milk gone dry, one woman at the edge of the woven plastic mat spoke up. Sahara Abdilleh, 50, said she makes perhaps 1,000 shillings (US$8.30) a week from gathering firewood, scouring a landscape that gives less and less back every day. Like Beasley, she was thinking globally.

“Is there any country, like Afghanistan or Ukraine, that is worse off than us?” she asked.