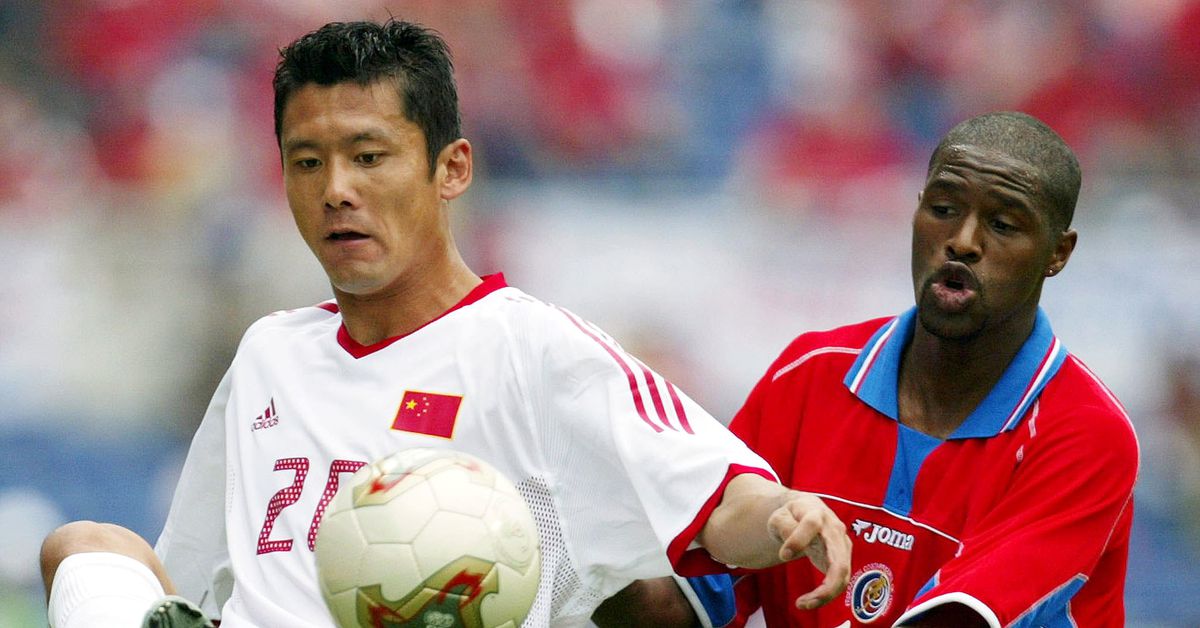 China's hopes of improving its standing in world football rest on enhancing the standard of coaching at youth level across the country, says former World Cup striker Yang Chen.
President Xi Jinping's desire to see his country become one of the world's leading football nations has driven huge growth in the game across the country over much of the last decade.

Huge sums have poured into the sport from the private sector as high-profile players and World Cup coaches have come and gone from the Chinese Super League.

Despite the investment, China have yet to secure a place at the World Cup for the first time since making their debut in 2002, and Yang believes the focus needs to be shifted.

"A key to soccer youth training is the quality of the coaches," Yang, who represented the country at the 2002 World Cup, told the China Daily.

"Many foreign soccer leagues have cooperation with us in terms of youth training. Bundesliga clubs, for example, now send their coaches to China to help train our young players.

"We should also nurture better youth coaches of our own. Chinese coaches are trying hard to gain more experience. The advantage of Chinese coaches is that they have a better understanding of Chinese kids than the foreign coaches.

"A foreign coach may not fully understand what a Chinese kid is thinking, due to their different cultural and educational backgrounds. So they cannot just copy and paste their original methods of training and education to China."

Several Chinese clubs have invested heavily in academies in an attempt to develop players for the future, but those have yet to deliver results as the country continues to struggle internationally at youth level.

But while making an impact on the global stage is important, Yang - who spent four years with Germany's Eintracht Frankfurt during his playing career - is also eager to see football play a role in improving the health of the country.

"In recent years, our nation has been trying to make some changes in physical education," said Yang, who currently coaches China's under-16 team.

"We now attach more importance to sports classes. We need to give students more time to enjoy sports and enjoy soccer.

"There are many students in China who can barely do a single chin-up or are unable to finish a dozen push-ups.

"Soccer has many benefits for kids, such as teaching them teamwork. The sport can be an inspiration to the next generation."
Add Comment