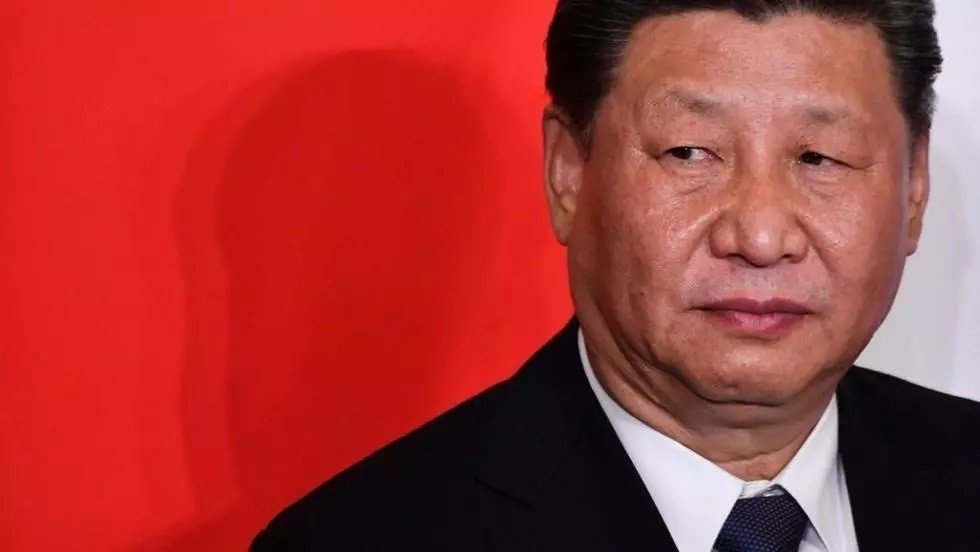 Hong Kong's pro-Beijing newspaper Ta Kung Pao (大公報) reported that the Chinese government is planning to make a list of obstinate criminals who "blatantly voice support for pro-Taiwan independence," and the list will include those financing relevant activities.

People familiar with the matter in Beijing were cited as saying that the communist regime is set to publish the list in accordance with the 2005 Anti-Secession Law and the 2015 National Security Law of the People's Republic of China, which will lead to a lifetime of legal jeopardy for those who are named. The "criminals" will be deemed as having committed a felony and could face life imprisonment in China.

The report did not say whether foreign nationals voicing support for Taiwan's independence would be placed on the list.

In response to the ominous development, Taiwan's Mainland Affairs Council (MAC) told CNA on Sunday (Nov. 15) that the move was meant to intimidate people who hold different opinions with legal action. The MAC expressed strong disapproval of the list and criticized the idea as "too extreme" and as one that might undermine peace and stability across the Taiwan Strait.

"Taiwanese people will not compromise in the face of these threats and will continue to safeguard our values of freedom and democracy ... If the report is true, the list will only backfire," the MAC's statement read. 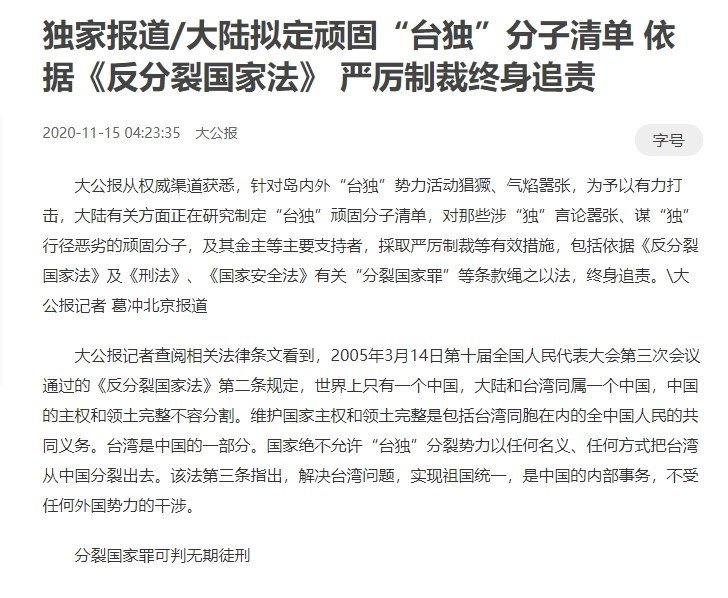