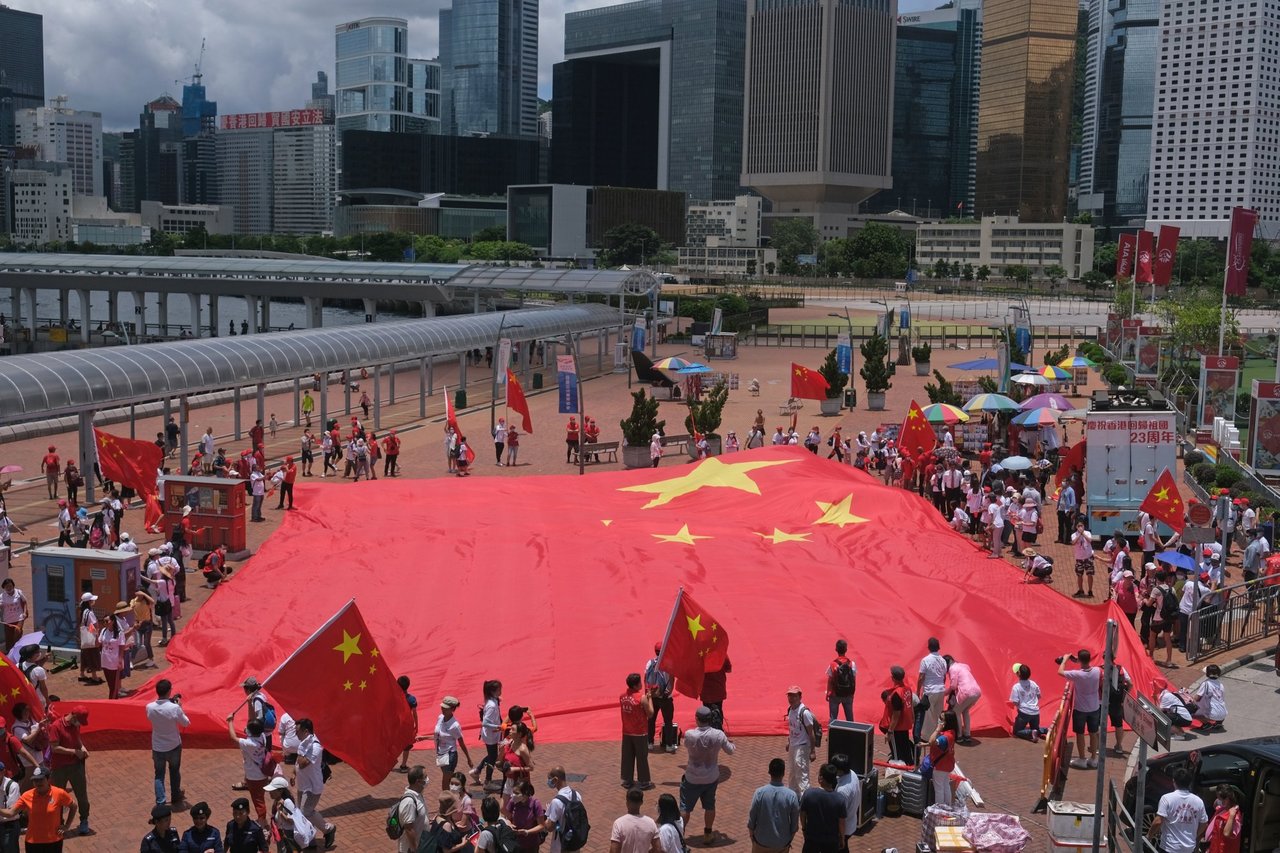 China may require all Hong Kong lawmakers to be “patriots” as soon as Wednesday, local media reported, a move to curb debate in a democratic institution that has endured more than two decades after the former British colony’s return.

China’s top legislative body is considering a measure behind closed doors in Beijing this week that would allow Hong Kong’s government to eject lawmakers deemed insufficiently patriotic, local media including HK01 and the Sing Tao Daily reported this week. The proposal has alarmed the 20 opposition lawmakers on the city’s 70-seat Legislative Council, with the bloc threatening on Monday to resign if any of their own are disqualified.

“The opposition camp has no choice: either they cooperate or, as they came to a preliminary consensus last night, they will opt out of the legislature,” Sonny Lo, a Hong Kong-based academic and political commentator, said on Tuesday. “Then we are facing a scenario in which the Legislative Council will be purely pro-government legislators for the foreseeable future, effectively gutting any opposition.” 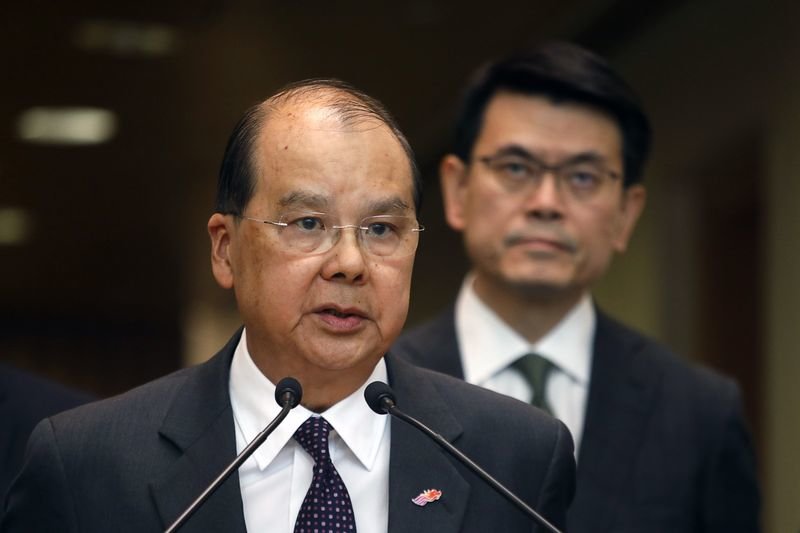 Hong Kong’s No. 2 official, Chief Secretary Matthew Cheung, declined to respond to what he dismissed as “speculative” media reports. “We have nothing to offer, nothing to comment,” Cheung told a briefing Tuesday.

The proposal is the latest sign of China’s determination to rein in dissent in the wake of anti-government protests that rocked Hong Kong last year. Beijing bypassed the Legislative Council to impose controversial national security legislation in June, causing the Group of Seven nations to accuse China of violating the terms of its handover agreement with the U.K. and prompting the Trump administration to sanction more than a dozen senior officials who oversee the city.

A mass resignation would highlight international concerns about China’s human rights practices just as President-elect Joe Biden prepares to take office on a promise to defend democratic values around the world. He has vowed to “fully enforce” the Hong Kong Human Rights and Democracy Act signed by Trump last year.

While China’s parliament has so far said nothing about the Hong Kong measure, local media said the National People’s Congress Standing Committee will lay out powers for removing officials deemed to have violated laws requiring “allegiance” to the government. The provision could be used to remove opposition lawmakers including Dennis Kwok, Kwok Ka-ki, Kenneth Leung and Alvin Yeung, HK01 reported Monday, citing people familiar with matter.

“It seems like those in power cannot tolerate opposition anymore,” Dennis Kwok told a news conference Monday. He called it a “serious departure from the original spirit” of China’s promise to retain Hong Kong’s liberal institutions and capitalist economy under a “one country, two systems” framework.

Zhang Xiaoming, deputy director of the Hong Kong and Macau Affairs Office in Beijing, was expected to brief Hong Kong officials next week on the proposal next week on the proposal, HK01 said. The ability to purge opposition lawmakers would make it easier to control the Legislative Council if they win an unprecedented majority in elections that the government has postponed -- citing coronavirus concerns -- over the protests of democracy advocates. 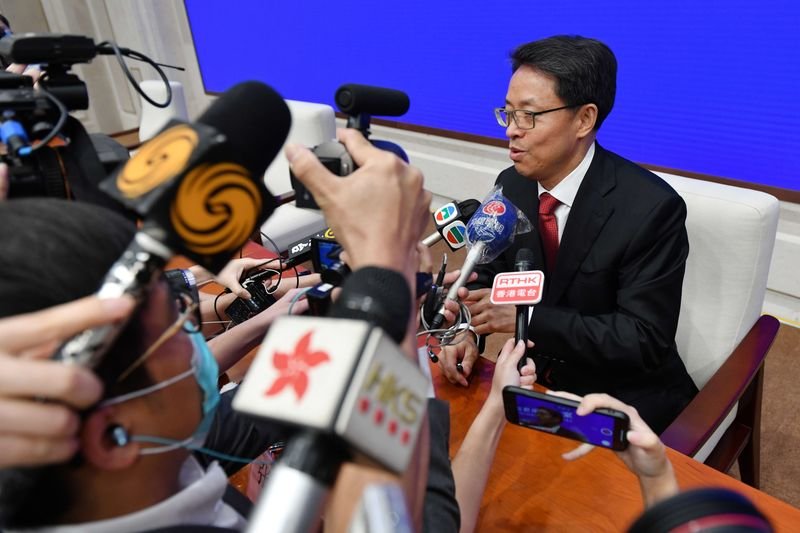 “There isn’t a clear definition on patriotism for the Chinese Communist Party,” said Dongshu Liu, associate professor of Chinese politics at the City University of Hong Kong. “Whenever they need an excuse to disqualify or attack their opponents, they can use patriotism.”

The move raises new questions about the future of the legislature, perhaps the most high-profile platform for open debate left under Beijing’s rule. After several radical “localist” activists were among a record 29 opposition lawmakers elected in 2016, China handed down a ruling that led to the disqualification of a half dozen lawmakers.

Several remaining lawmakers are also facing criminal charges related to various protests against the government, including seven charged in recent months with participating in a May scuffle at the Legislative Council. Nick Or, an assistant professor of public policy at the CityU, warned that the Hong Kong government risked losing its legitimacy by limiting legislative debate.

“The Hong Kong government may be able to get a rubber stamp, but it is not necessarily a good thing if their proposals are unchallenged,” Or said. “It does not do any good for building up good governance in Hong Kong.”