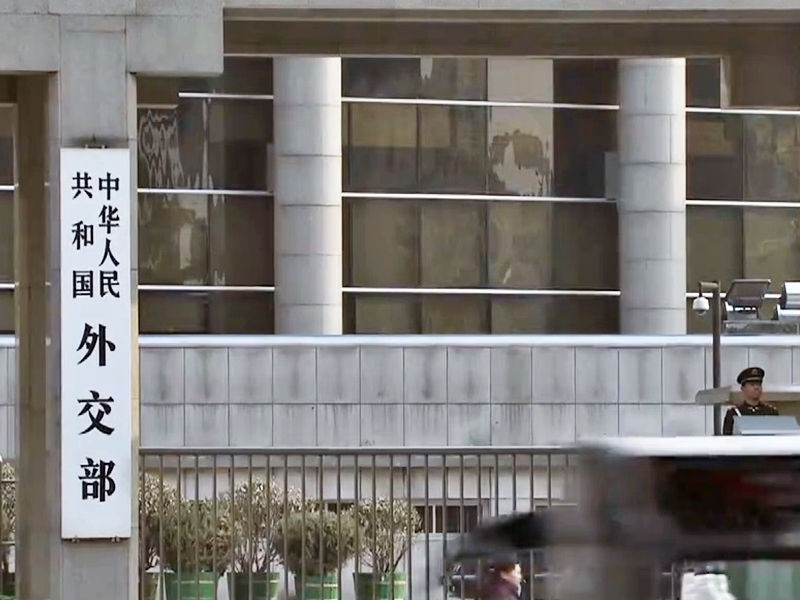 China has listed 102 ways the U.S. has interfered in Hong Kong since mass anti-government protests gripped the city in 2019, as the world’s largest economies continue to clash on everything from trade, to human rights and the coronavirus’ origins.
The foreign ministry published a document titled “List of facts about U.S. interference in Hong Kong affairs and support of anti-China forces in Hong Kong” on its website Friday. It called the file a “criminal record” of “gross interference in Hong Kong affairs” by the U.S., which it labeled an “evil backstage manipulator” that had damaged the city’s prosperity and stability, in a separate statement.

The timeline of offenses fell into five categories:

-Slandering Hong Kong by discussing the conduct of the city’s police force.

-Sheltering dissidents and giving them a platform to peddle “Hong Kong independence.”

Examples included senators meeting with Hong Kong protesters, statements by former U.S. Secretary of State Michael Pompeo condemning the arrests of activists under the security law, and the U.S. consulate general’s decision earlier this year to light 400 electric candles in the building’s windows to mark Beijing’s 1989 crackdown in Tiananmen Square.

The document represents just one of the major barriers to the U.S. and China repairing diplomatic relations. Earlier this week, Chinese ambassador to the U.S. Qin Gang urged the Biden administration to adopt a less-hostile strategy toward working with China, while calling for “strategic courage and political resolve to chart a new course in China-U.S. relations.”

The U.S. has sanctioned at least 40 top Hong Kong and Chinese officials, including the city’s leader Carrie Lam, for their role in implementing the Beijing-drafted national security law last June, which has been used to clamp down on dissent in the city. On July 16, the Biden administration issued a business advisory warning American companies operating in the Asian financial hub of a“new legal landscape” under the security law that “could adversely affect” operations.

Chinese officials have repeatedly said the security law would only impact a “very small minority,” and cited the continued strength of Hong Kong’s financial industry as evidence the legislation had not damaged the business climate.

Some 150 individuals including journalists, academics, lawyers and former opposition lawmakers have been arrested under the law. Prominent pro-democracy organizations are either in the process of disbanding or have already folded amid threats by officials that they might have violated the law.
#Coronavirus
Add Comment