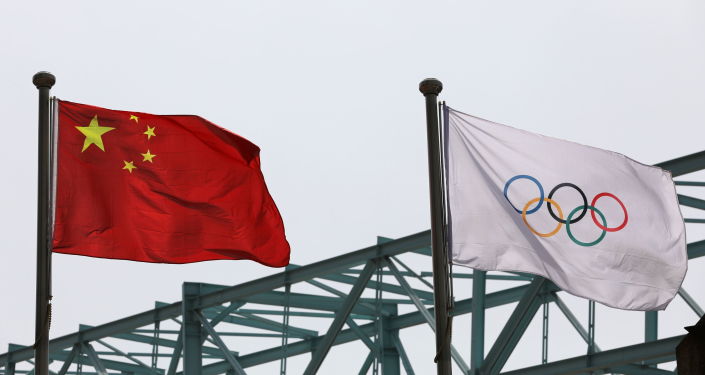 The upcoming Winter Olympics are scheduled to take place across China's Beijing, Yanqing and Zhangjiakou cities, starting in early February 2022. However, the games have been the focus of a potential boycott over allegations that the Chinese government is committing human rights abuses against Uyghurs, Tibetans and the residents of Hong Kong.

Beijing-based tech company Baidu recently announced that it would start China’s first paid robotaxi service in Shougang Industrial Park, one of the venues for the 2022 Winter Olympics.

The May 2 announcement detailed that Baidu had launched the Apollo Go robotaxi service, which will allow users to reach various shops and central hotels located within the area.

Using the Apollo Go app, riders will scan a QR code and a health code in order to locate a taxi operating at level-4 autonomy, which indicates a vehicle will be capable of driving under certain restrictions, such as speed limits and geofencing.

Geofencing is the use of software to track mobile devices entering certain places. The use of this technology is currently limited, but expected to expand in the coming months.

The health code required for the app was previously unveiled in March 2020, as part of China’s effort to create a software capable of reading a person's health risks through an app. The initiative was developed as an added method to fight the COVID-19 pandemic.

"Introducing unmanned services is an indispensable stage for the commercialization of autonomous driving," said Yunpeng Wang, vice president and general manager of autonomous driving technology at Baidu. “Today, we are opening the fully driverless robotaxi services in Beijing for the public, which we achieved only after conducting countless scalable driverless tests in many cities over a long period of time.”

"In the future, Baidu Apollo will launch driverless robotaxis in more cities, enabling the public to access greener, low-carbon, and convenient travel services, while continuing to improve the unmanned service process and user experience," Wang added. "The commercialization of autonomous driving can alleviate congestion effectively and help to reach the peak carbon dioxide emissions and achieve carbon neutrality in China."

According to Autoweek, ride-sharing companies Uber and Lyft have also recently submitted research in the anticipated release of their driverless vehicles. Lyft is estimated to cut over $100 million a year in costs with the driverless initiative.