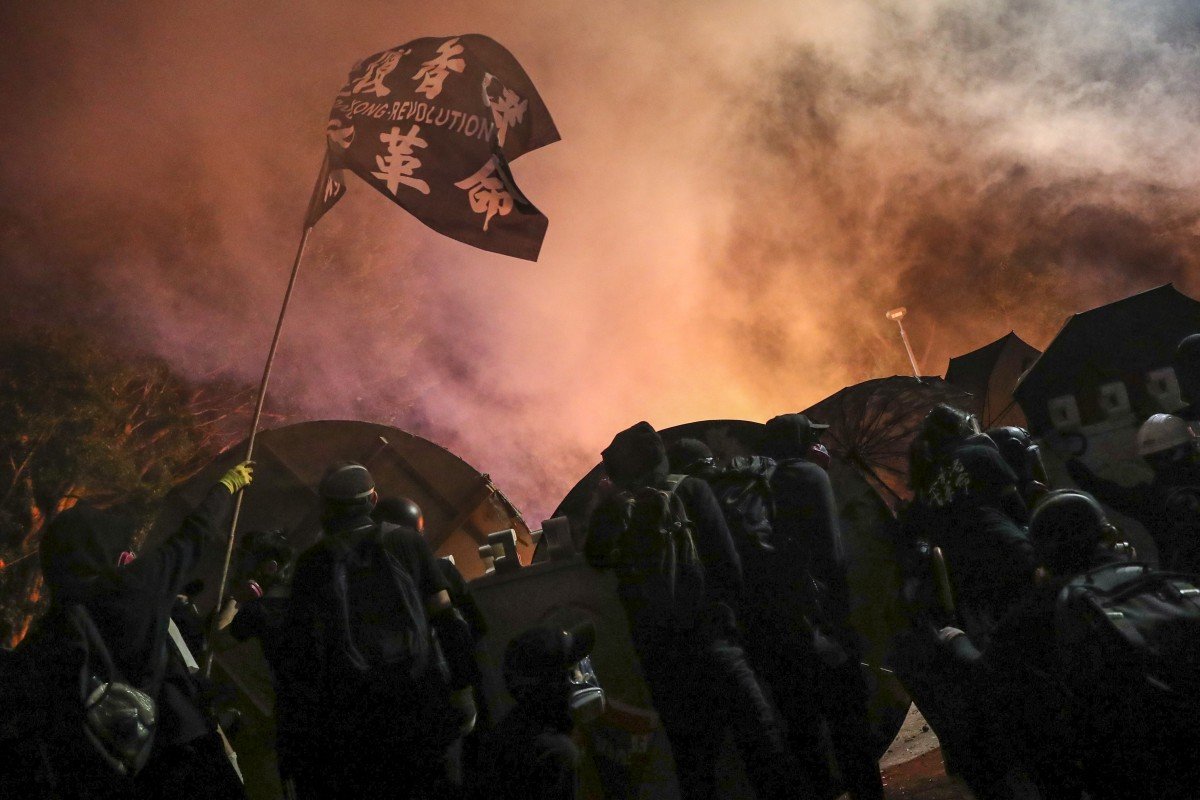 A senior Chinese diplomat has accused the United States of being a “source of chaos” by trying to instigate colour revolutions – the term given to popular resistance movements that emerged in the early 2000s – to topple regimes in other countries.

While not referring directly to the US, the comments by Chinese vice foreign minister Ma Zhaoxu at a human rights forum in Beijing on Wednesday followed advances in the US legislative process for bills on Hong Kong and Xinjiang.

“Some countries are making colour revolutions all over the place to force regime change under the banner of human rights,” Ma said, referring to various protest movements in former Soviet bloc countries in the early 2000s.

“This has led to conflicts and instability, and one humanitarian crisis after another. This is an important source of chaos in the world today.”

China has accused the US of fomenting months of mass anti-government demonstrations in Hong Kong, refusing to recognise protesters’ demands for direct elections for the city’s leader and legislature.

Beijing has also been angered by two pieces of US legislation, which it said amounted to interference in its domestic affairs.


Earlier this month, the US House of Representatives passed a bill condemning the mass detentions of an estimated million or so Uygurs, Kazakhs and other ethnic minorities in Xinjiang.

The bill proposes sanctions against Chinese government officials deemed responsible for human rights abuses in the far western region. China claims that the vast system of detention camps is merely part of a programme to provide job skills and fight poverty and religious radicalisation.

And in late November, US President Donald Trump signed into law legislation that could bring diplomatic action and economic sanctions against Hong Kong.

China said it would retaliate and quickly suspended visits to Hong Kong by US military vessels and aircraft.

Ma also indirectly attacked US trade policy at the China-sponsored South-South Human Rights Forum in Beijing on Wednesday, saying that a trade war that has engulfed the two countries for more than a year was triggered by “self-interest”.

“Some nations are wielding ‘sanctions batons’ recklessly and stepping up economic blockades, moving to decouple science and technology and impose financial sanctions against target nations,” he said.

“These acts not only hinder the development of the world economy, but also violate the human rights of the people of the affected countries. They must be firmly opposed and resisted.”

China insists it is up to each nation to choose its own path when it comes to human rights, and dismisses Western concepts of free speech, liberal democracy and civil rights in favour of tough authoritarian control aimed at growing the economy and raising living standards.

“There is no universal human rights path and model in the world,” Huang said. “The development of the cause of human rights must and can only be promoted in accordance with the national conditions of each country and the needs of the people.”