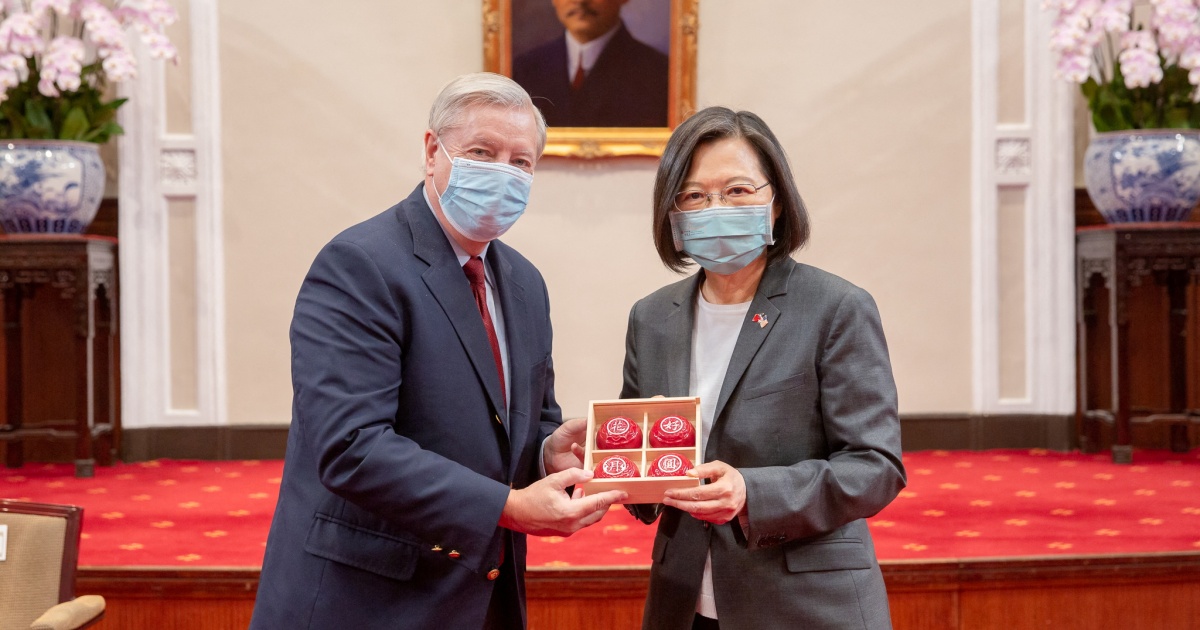 Amid ongoing tensions with Washington, Beijing criticises US legislators’ visit to Taipei as ‘deliberately provocative’.

China has said it held military drills around Taiwan, as a group of United States lawmakers visited the self-ruled island in a show of support that Beijing slammed as “deliberately provocative”.

The Chinese military sent frigates, bombers and fighter planes to the East China Sea and the area around Taiwan, the People’s Liberation Army Eastern Theatre Command said on Friday, in a statement released as the US legislators were holding a news conference in Taipei.

“This operation is in response to the recent frequent release of wrong signals by the United States on the Taiwan issue,” it said, without mentioning the visiting US delegation.

“The US bad actions and tricks are completely futile and very dangerous. Those who play with fire will burn themselves,” it said.

In a separate statement, China’s Defence Ministry said the US visit was “deliberately provocative” and had “led to further escalation of tension in the Taiwan Strait”.

The previously unannounced, two-day visit came as tensions between Beijing and Washington have increased over China’s stance on Russia’s invasion of Ukraine.

China has taken a neutral public position since the war broke out in late February, urging nations to support efforts to reach a resolution to the conflict, while resisting pressure from Washington and its allies in Europe to condemn Russia.

US President Joe Biden has warned his Chinese counterpart Xi Jinping of “consequences” should China provide any support to Russia in its invasion, and senior members of the Biden administration have urged Beijing to exert pressure on Moscow to end the war.

But Taiwan has long been among several points of contention between the US and China, which claims self-ruled Taiwan as part of its territory and is against any official exchanges between Taiwan’s government and other foreign governments.

During a video call with Biden in March, Xi told the US president that the Taiwan issue needed to be “handled properly” to avoid having a negative effect on relations between the two countries.

“Some individuals in the United States are sending the wrong signals to pro-independence forces in Taiwan, and that’s very dangerous,” Xi told Biden, as reported by Chinese state media at the time. 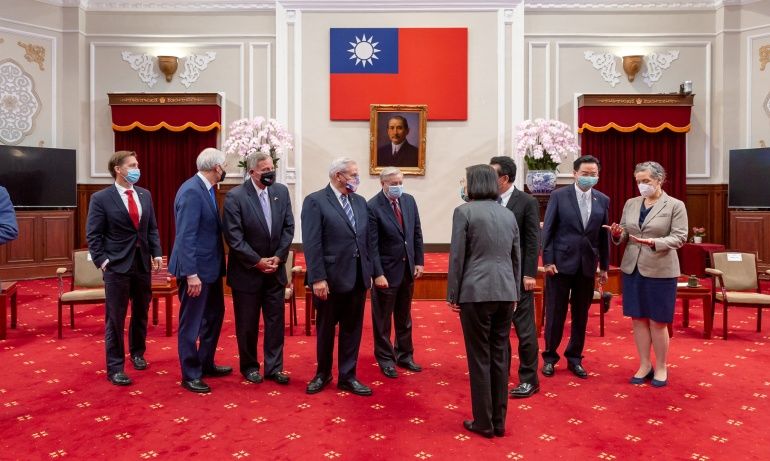 Taiwan President Tsai Ing-wen poses for a group photograph with US senators Lindsey Graham, Bob Menendez, and other US delegation members

On Friday, Graham told Taiwan’s president during the delegation’s meeting with her that the war in Ukraine and provocative behaviour by China have united US opinion in a way not seen before.

“To abandon Taiwan would be to abandon democracy and freedom,” he said. “There’s a backlash growing in the world to thuggery – to the bad guys.”

Menendez acknowledged the Chinese government was “very unhappy” with the delegation’s trip but said that would not dissuade the group from supporting Taiwan.

“With Taiwan producing 90 percent of the world’s high-end semiconductor products, it is a country of global significance, consequence and impact, and therefore it should be understood the security of Taiwan has a global impact,” Menendez told Tsai.

For her part, the Taiwanese leader said she welcomed the American lawmakers’ visit and hoped it would help to further deepen US-Taiwan cooperation.

“Russia’s invasion of Ukraine has proven that democracies must bolster their alliances and collectively we can defend ourselves from the threats posed by authoritarian nations that seek to disrupt regional peace,” she said.