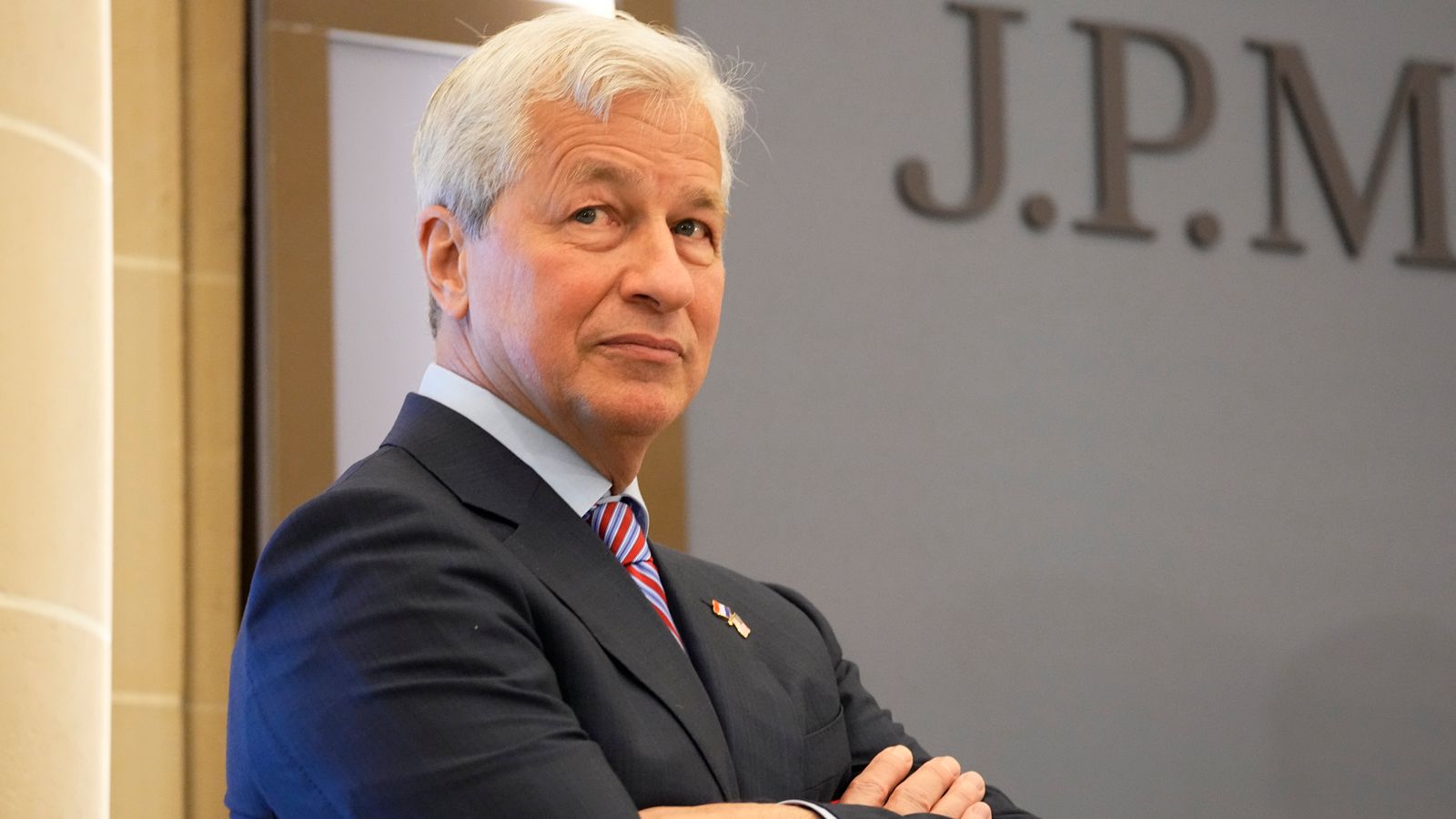 China gives first real reaction to Dimon gaffes but will there be a backlash?

Sky's Ian King explains why the world's most influential banker has cause to be embarrassed and asks if the world's second-largest economy is likely to respond.

What was he thinking?

That is the question all of Wall Street is asking after Jamie Dimon, chief executive of JP Morgan Chase, was forced to apologise not once, but twice, to China for comments that he made earlier this week.

Mr Dimon was addressing a group of US business leaders at a lunch on Tuesday when he noted that the Chinese Communist Party is celebrating its hundredth year.

He said: "So is JPMorgan. I'd make you a bet we last longer." 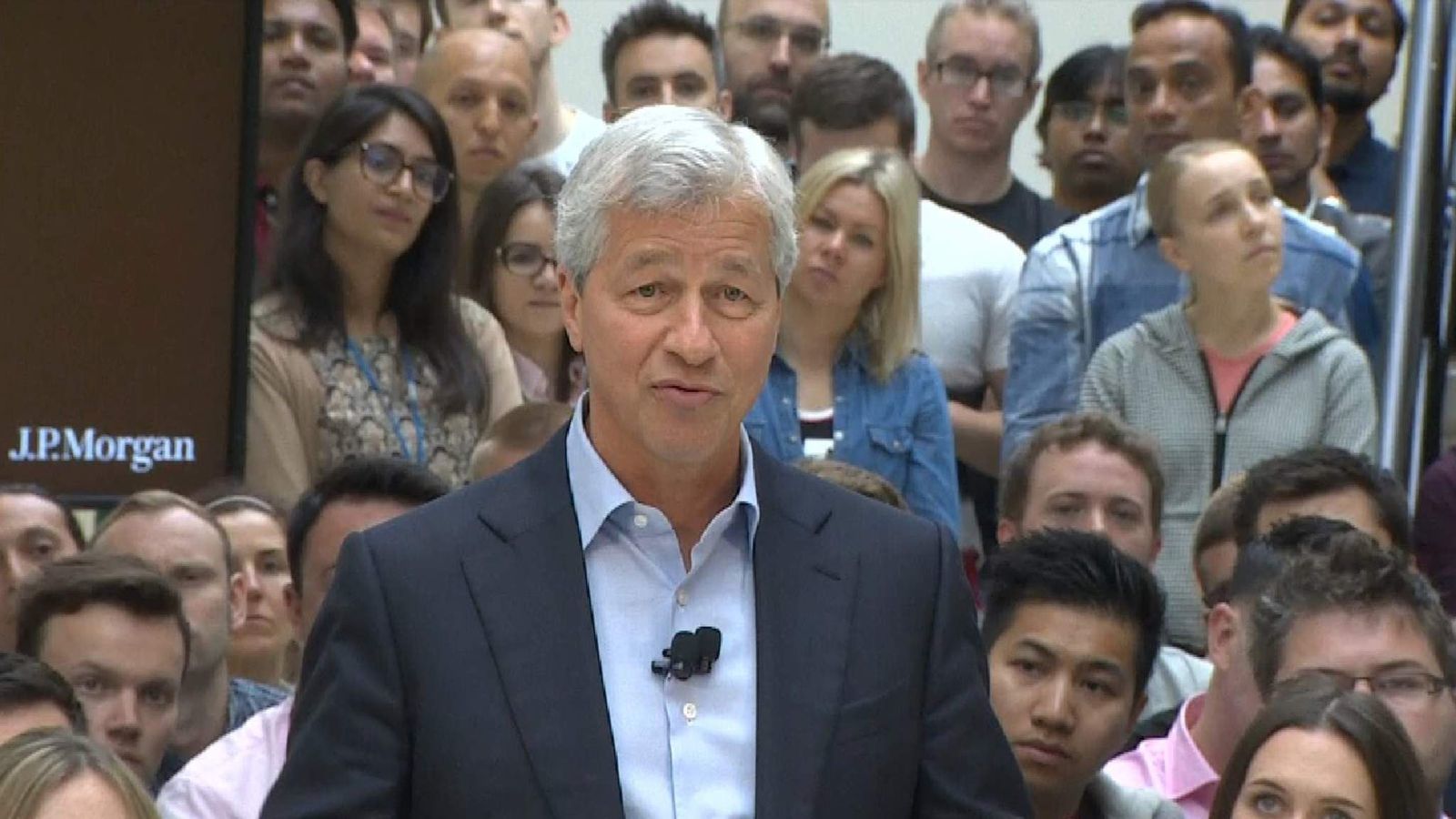 JP Morgan chief executive Jamie Dimon made his remarks at a lunch for business leaders.

The world's most influential banker added, laughing: "I can't say that in China. They probably are listening anyway."

It is not known whether the Chinese were listening. But they quickly became aware of Mr Dimon's comments.

By Wednesday, Mr Dimon had this to say: "I regret and should not have made that comment. I was trying to emphasise the strength and longevity of our company."

Later on Wednesday, he repeated the apology, stating: "I regret my recent comment because it's never right to joke about or denigrate any group of people, whether it's a country, its leadership, or any part of a society and culture."

The timing of Mr Dimon's comments are striking because JP Morgan Chase is one of a number of big Wall Street institutions seeking to obtain a foothold in the fast-growing Chinese market. 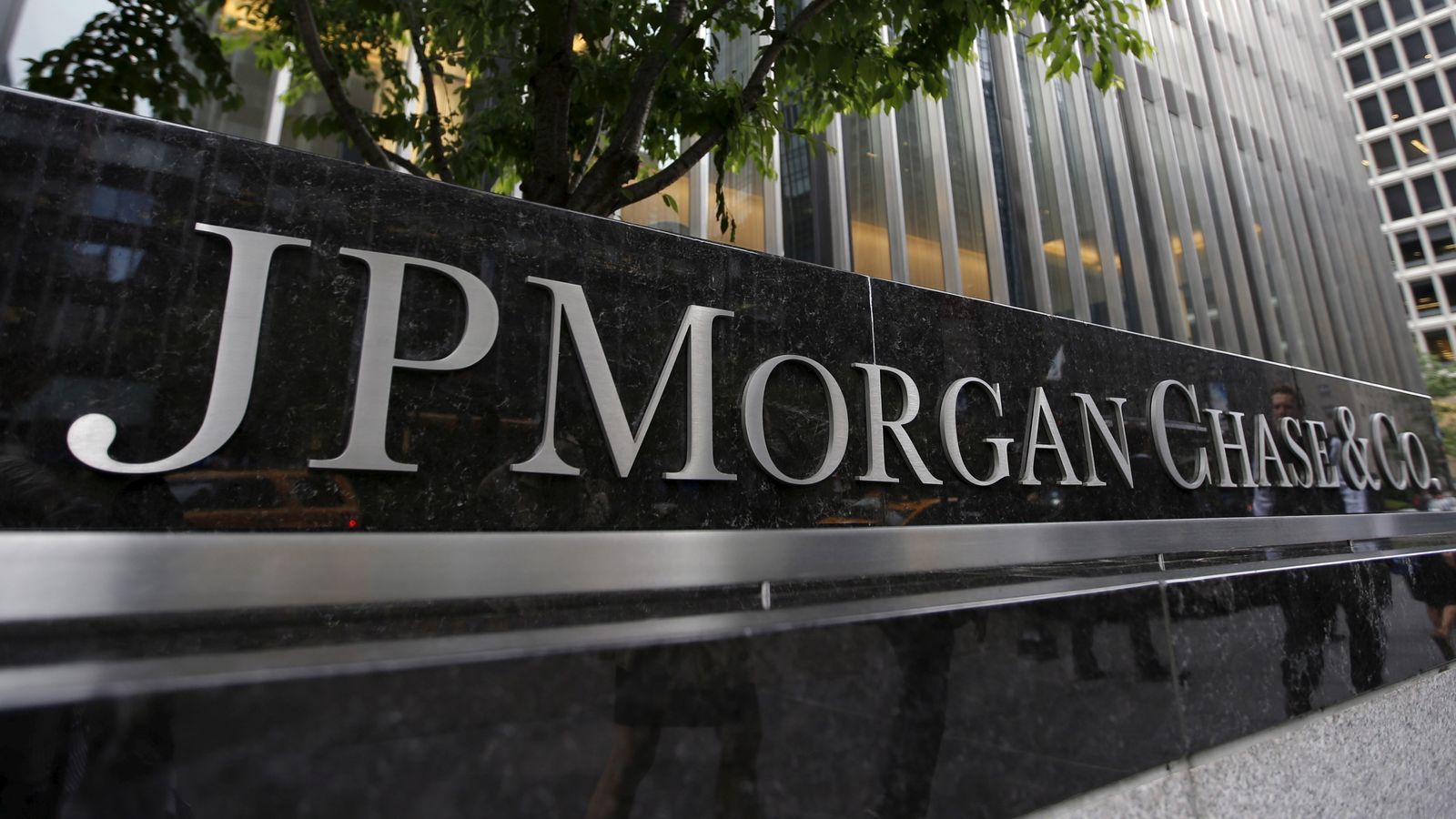 The bank won permission from Beijing in August to take full control of a securities business in the country in what was a first for a foreign firm.

Mr Dimon had also just returned from a whistle-stop tour to Hong Kong, where his trip raised eyebrows, not least because he was exempted from the three-week quarantine period in a hotel that most visitors must undertake.

Even Mark Tucker, the chairman of HSBC, had to undertake the quarantine period when he visited the territory in August and Carrie Lam, the Hong Kong chief executive, was forced to defend the decision to exempt Mr Dimon. 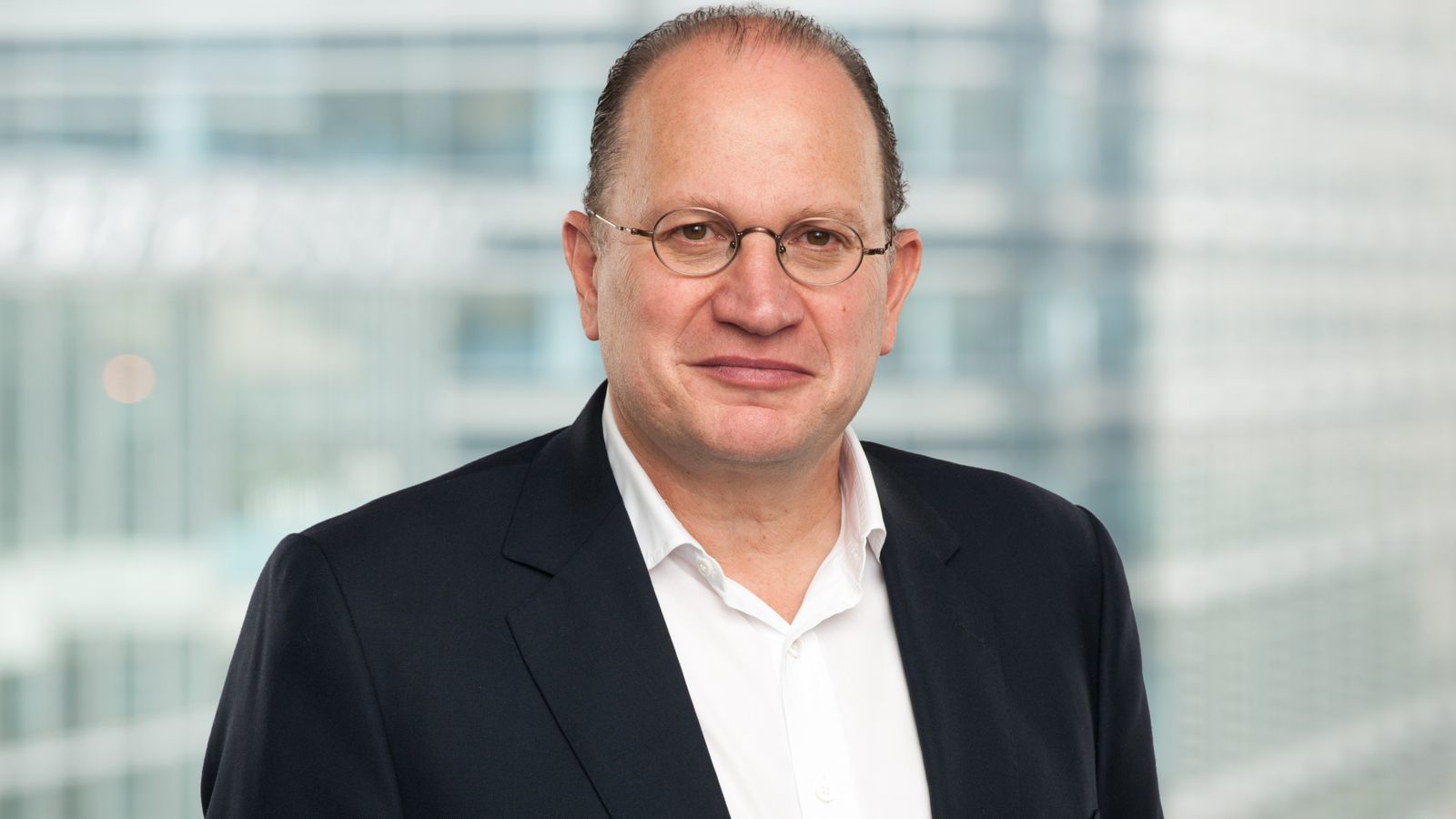 She told reporters last week: "It's a very big bank with important businesses in Hong Kong."

China has responded to Mr Dimon's remarks in a very low key way.

Its foreign ministry spokesman Zhao Lijian did not answer a question about Mr Dimon that was raised during a media briefing on Wednesday.

But on Thursday Mr Zhao said he had "noted relevant reports and the sincere reflection expressed by relevant people".

He went on: "I believe this is a proper attitude. We hope relevant media will stop hyping up this issue."

That will certainly be JP Morgan's view. The bank has a lot to lose if China reacts badly to Mr Dimon's remarks.

It has been calculated that it has as much as $20bn at stake in the country.

That may seem a relatively small sum in the context of a bank with a stock market valuation of $493bn and with assets worldwide worth $3.7trn.

But the size of the opportunity for the bank in the country is far greater.

As Mr Dimon noted, when JP Morgan won approval to have full ownership of its Chinese securities arm: "China represents one of the largest opportunities in the world for many of our clients and for JPMorgan Chase."

The row has also generated a fair degree of schadenfreude in the City.

The then US secretary of state, Mike Pompeo, sneered at HSBC when, in June last year, it endorsed Hong Kong's new security laws. He accused the London-based lender of performing a "corporate kowtow".

Media outlets in the Greater China region have also been quick to throw grenades in Mr Dimon's direction.

The South China Morning Post said in its main leader column on Thursday: "Perhaps this is how American VIPs must talk to their domestic peers these days. Everyone has to look 'tough on China', even if you try to maximise business exposure to the country. 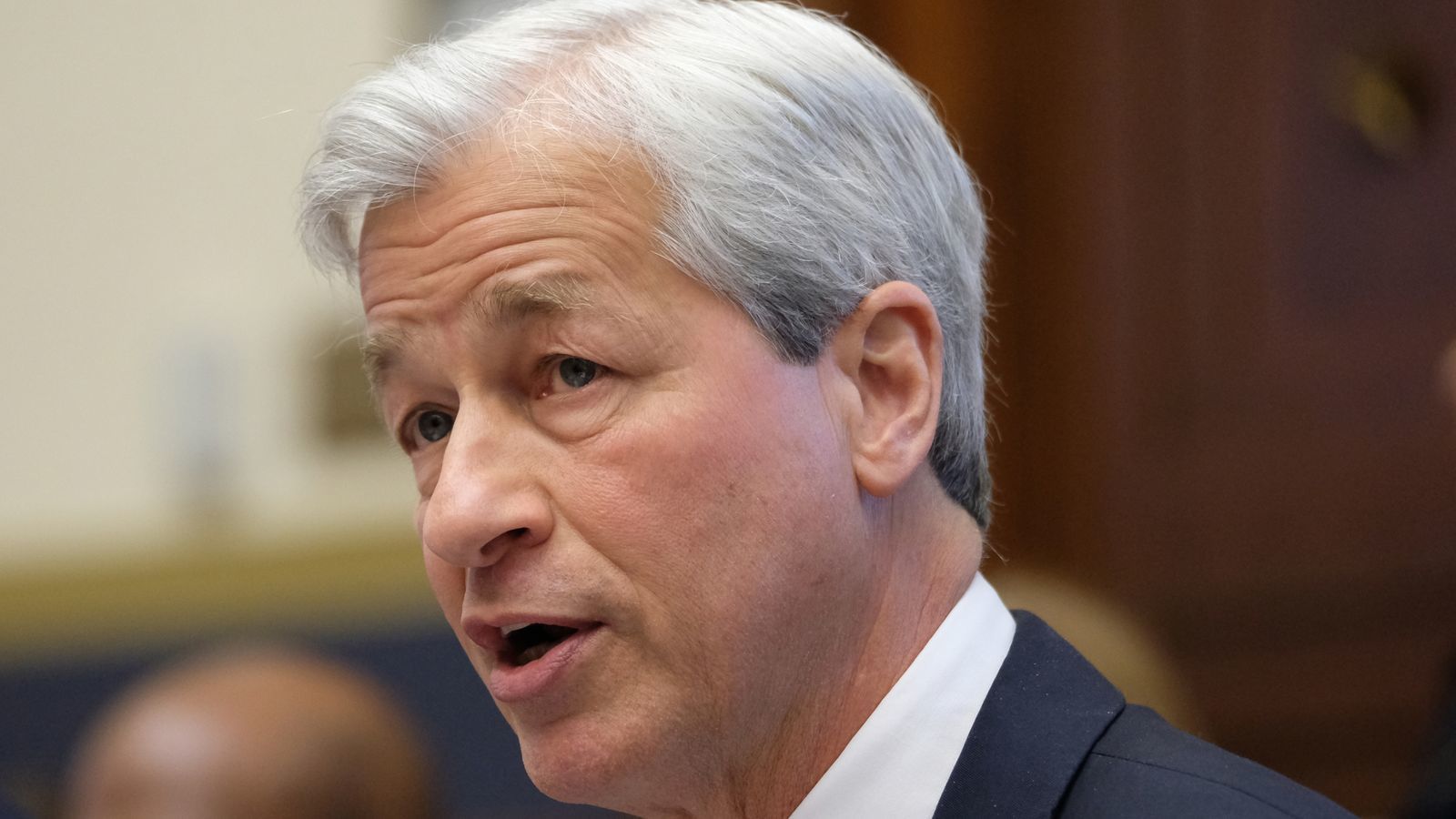 "Otherwise, you leave yourself vulnerable to accusations that you are kowtowing to Beijing. Wall Street is especially exposed to such criticisms.

"Still, purely out of academic interest, it would be interesting to know the basis of Dimon's confidence.

"These were financial institutions built over decades and then collapsed, were bailed out or taken over at the start of the last global financial crisis.

"Given the vicissitudes of contemporary finance where risks can hide in obscure corners and then magnify their impact on the entire system, who can really say any bank is safe?"

While some people may be tempted to chuckle at the misfortunes of a 'Master of the Universe', there are a couple of very serious points arising from this situation according to Joseph Sternberg, political economics correspondent at the Wall Street Journal.

He told Sky News: "I can't help but think there is something to the fact that the Chinese Communist Party always seems to be so sensitive to this kind of comment.

"It makes you wonder if, deep down, they almost worry it might be true if [they react in this way to] Jamie Dimon making this kind of comment, even as a throwaway joke, about how long-lasting the party might turn out to be."

Mr Sternberg said there was also a question for JP Morgan Chase as to what plans it should be making to prepare for a post-Communist China if Mr Dimon really did think the party would not be around forever.

Expect that question to be put to Mr Dimon the next time he is in conversation with shareholders and the financial press.