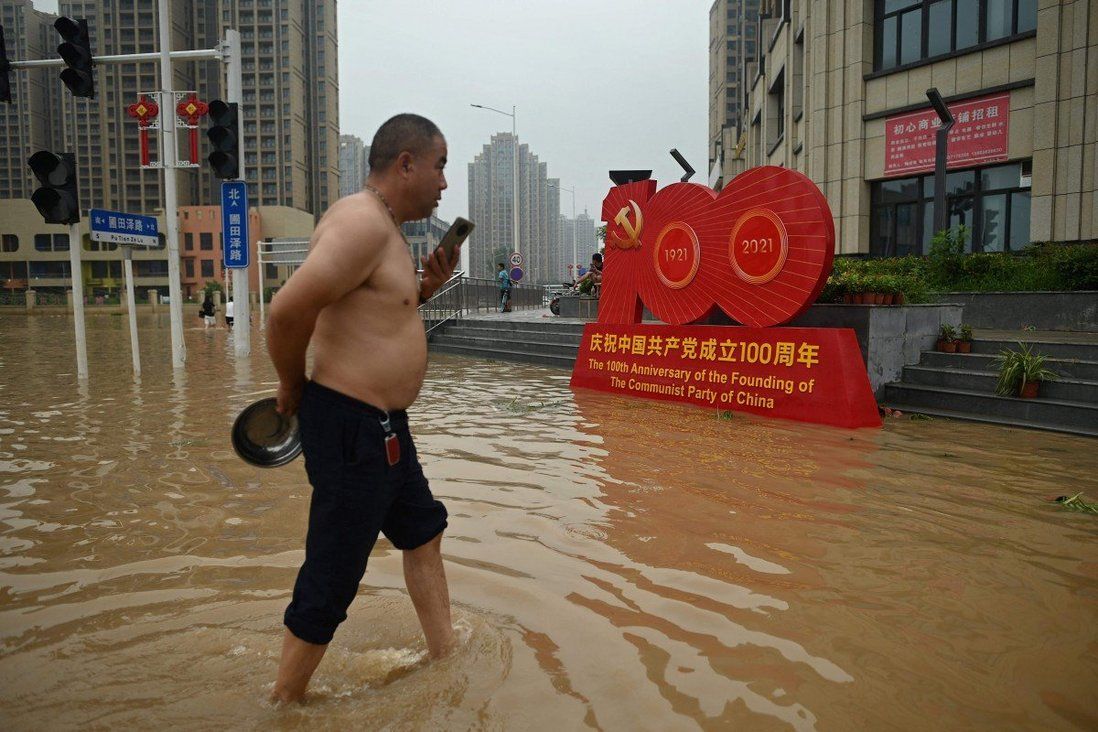 As the climate changes, long-term urban planning, including better drainage systems, and reliable weather forecasts seen as key to protecting lives and property.

Devastating floods in central China this week have highlighted how vulnerable cities can be to extreme rainfall, as the world faces more such weather events due to climate change.

Zhengzhou, the capital of Henan province, has been inundated with record rainfall – a year’s worth in days, and more than 200mm in an hour – since last Saturday. It had caused at least 56 deaths as of Friday and an estimated US$10 billion in economic losses, according to state media.

Big cities around the world could not have coped with the intensity of that rainfall, according to Chen Ji, a professor of water and environmental engineering at the University of Hong Kong.

“If rain of the scale seen in Zhengzhou happened in Hong Kong or Shanghai, it would be impossible to cope with,” he said, adding that Hong Kong sees average yearly rainfall of 2,400mm and has among the best flood control infrastructure in the world.

Chen said urban planners had to find a balance between the cost and level of flood protection needed, noting that “the cost would be huge” for a city to design and build drainage systems to handle rare events like a deluge of more than 200mm of rain in an hour.

Zhengzhou’s weather bureau described the rainfall as at a level seen only “once in a thousand years”. Forecasters describe extreme weather events like these using what is known as a return period to estimate the chance of it occurring in a particular year, according to the Hong Kong Observatory. For example, a 50-year event has a 2 per cent chance of occurring in any year, while there is an 0.1 per cent chance of a 1,000-year event.

In urban parts of Hong Kong, the flood protection system is designed to withstand a 50-year storm event, according to the Drainage Services Department.

“Major flood control facilities including stormwater drainage tunnels and flood storage tanks are generally designed to cope with a 200-year storm event, while the flood protection systems for village areas are designed for a 10-year event,” a department spokesman said, adding that stormwater in the coastal city could be quickly discharged into the sea.

He said a strategy of intercepting stormwater upstream, storing it midstream and improving drainage downstream “has proven to be effective in mitigating the risk of flooding arising from heavy rains”, but flood controls and emergency preparedness continued to be reviewed.

Duan Huanfeng, associate professor of hydraulics and water resources at Hong Kong Polytechnic University, said cities around the world needed to prepare for extreme weather events, which will occur more frequently because of climate change.

“It was hard to imagine a 1,000-year rainfall event taking place a decade or so ago, but now we see it and we will see more of it as the climate change
s,” Duan said. “We need to keep climate change in mind when designing drainage systems for the long term.”

“But smaller cities with limited resources might find it difficult to build systems to deal with extremely rare weather events,” he said, adding that they could also build water storage infrastructure as a way to minimise casualties and losses. 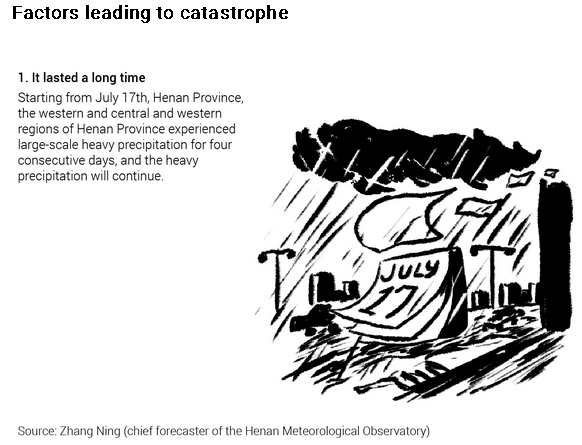 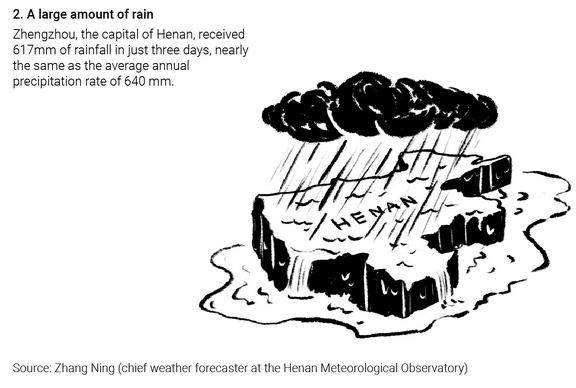 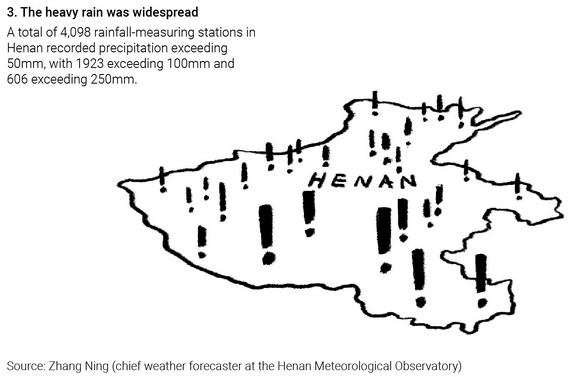 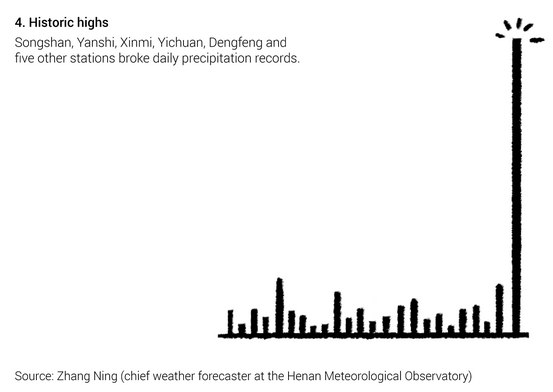 This week’s floods in Zhengzhou have also highlighted the importance of accurate weather forecasting for extreme events – heavy rainfall had been expected in Henan province but a warning was issued for the wrong city at the wrong time.

Chen from HKU noted that weather forecasts “can save lives”. “The metro in Zhengzhou would have been shut down if the predictions were accurate enough,” he said.

Twelve people died in flooded underground railway tunnels in the city on Tuesday.

“Zhengzhou’s weather forecaster had given repeated [rainfall] warnings but the local authorities didn’t pay enough attention, and residents didn’t take it seriously because they had never experienced such heavy rain before,” he said.

The provincial government was warned of possible extreme weather last Thursday, two days before it began, according to the deputy director of Henan’s meteorological bureau Su Aifang. But the focus was on Jiaozuo, a city about 66km away from Zhengzhou.

A warning was issued for Jiaozuo to expect up to 500mm of rain on Monday and residents living in low-lying areas were relocated. However, no pre-emptive measures were taken in Zhengzhou, home to 12.5 million people and the hardest hit. It took until Tuesday for the city to issue a red alert, the highest warning level, after which it experienced a record deluge.