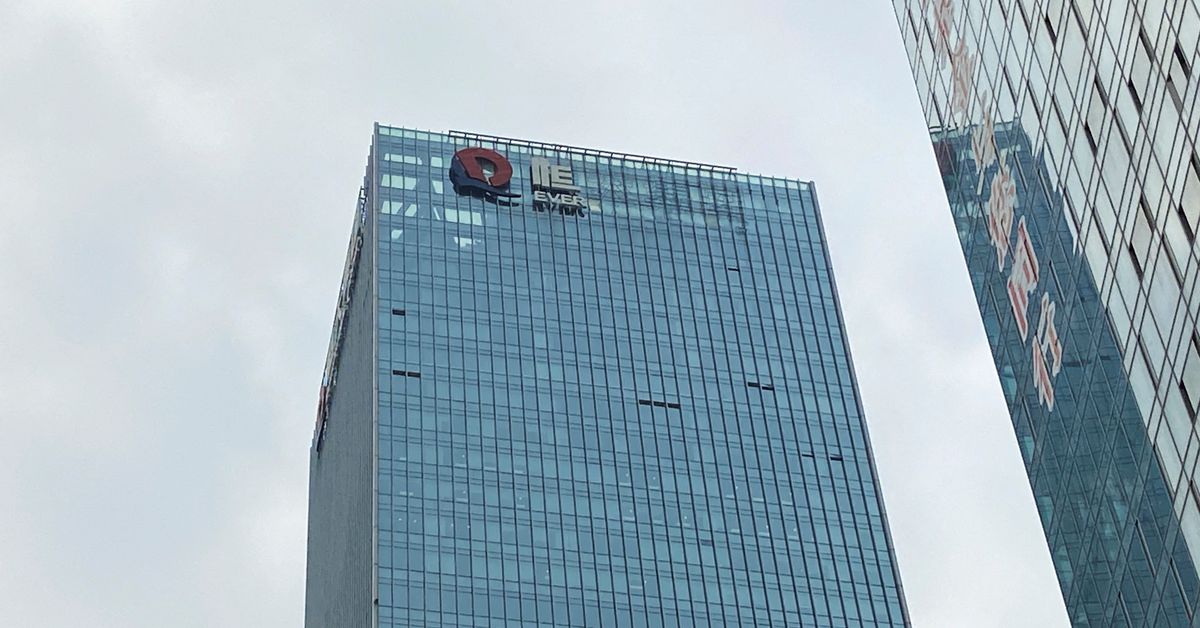 Heavily indebted property firm China Evergrande Group (3333.HK) said on Monday that it has moved out of its headquarters in Shenzhen to another property in the city to cut costs and was still registered in the southern Chinese city.
The company issued its statement after Chinese media outlet The Paper reported that Evergrande had moved its headquarters from Shenzhen to nearby Guangzhou.

Evergrande said it has moved out of Shenzhen's Excellence Centre, which is owned by another company, to a building that Evergrande owns in the city but gave no further details on the new set-up.

The world's most indebted developer, Evergrande is struggling to repay more than $300 billion in liabilities including nearly $20 billion in offshore bonds deemed in cross-default by ratings agencies last month after it missed payments.

On Monday afternoon, the company's logo had been partially removed on one side of the Excellence Centre. Security personnel, accompanied by security vehicles, kept watch, and several of them said that the company had left the building last month.

Last September, the Shenzhen building was the scene of chaotic protests when investors crowded its lobby to demand repayment of loans and financial products. L1N2QF0M1

Sources have also said that lawsuits against the company from around China are being handled by a court in Guangzhou, which is the capital of Guangdong province, where Shenzhen is also located.

Evergrande was founded in Guangzhou, moving to Shenzhen only in 2017.

Last Tuesday, protests also began at the Guangzhou offices, with around 100 investors in financial products issued by the company gathering to express their worries about getting their money back. L1N2TK0DR

Small crowds of protesters have continued to gather near the site since, 10 protesters told Reuters.
Add Comment