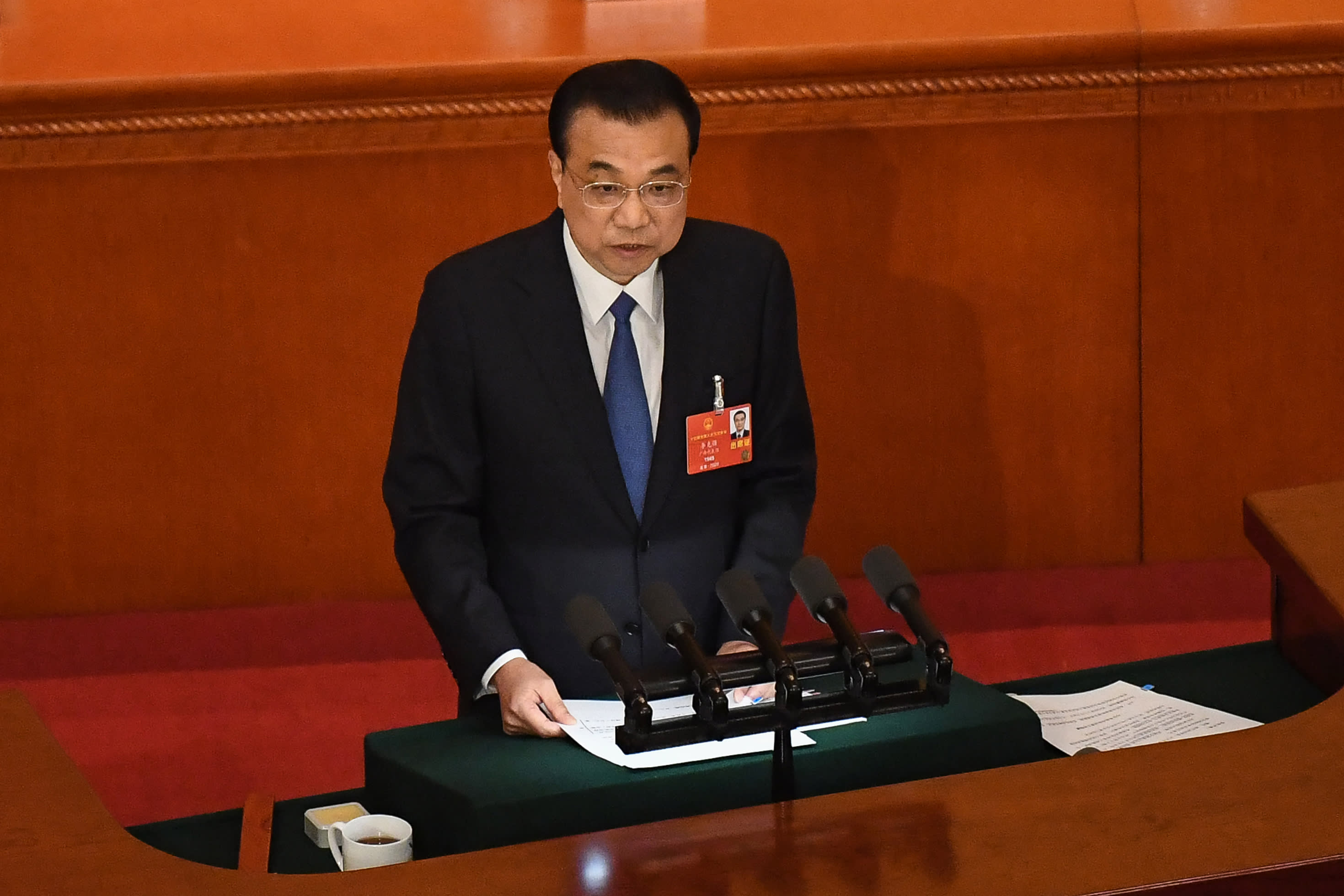 Chinese Premier Li Keqiang shared the government’s outlook Friday as part of China’s annual parliamentary meeting, delayed by about two months this year due to the coronavirus. Last year, GDP expanded by 6.1%, just making the official target range of 6% to 6.5%.

China made a rare decision not to set a target for its economic growth for 2020 due to uncertainties about the impact of the coronavirus.

“I would like to point out that we have not set a specific target for economic growth this year,” Chinese Premier Li Keqiang said in an English-language text of the work report delivered on Friday.

“This is because our country will face some factors that are difficult to predict in its development due to the great uncertainty regarding the Covid-19 pandemic and the world economic and trade environment,” Li said.

The remarks are part of China’s annual parliamentary meeting, which was delayed by about two months this year due to the coronavirus outbreak that began in China last year and has since spread globally.

As a result, some analysts expected ahead of the report that Li might share a GDP target for a timeframe other than 2020 itself. Last year, GDP expanded by 6.1%, just making the official target range of 6% to 6.5%.

“The fact that they dropped the GDP growth target is a good thing if it means that they really intend to let sustainable demand - consumption, exports, and private sector investment - drive growth,” Michael Pettis, professor of finance at Peking University, said Friday in an email.

“If they have only dropped it temporarily while they try to figure the full impact of the pandemic, and later select an implicit target that relies heavily on non-productive spending on infrastructure and real estate, then this really doesn’t change anything,” Pettis said.

China’s economy contracted by 6.8% in the first quarter, while unemployment has stayed near historic highs. Although data have shown some recovery in April, officials have publicly aired concerns about a drag on growth from the coronavirus’ spread overseas.

Economists have cut their growth forecasts for the official GDP - a figure that many economists often doubt. In late March, Beijing-based China International Capital Corporation (CICC) notably lowered its real GDP growth estimate to 2.6%, down from 6.1% previously.

While China did not set a GDP target for the year, authorities still laid out some specific numbers for items such as employment and inflation.

Li stressed that ensuring people have jobs will remain a priority, as it was last year. Beijing will target an unemployment rate of 6%, as measured by the official urban survey, Li said.

That’s up from last year’s goal of 5.5%. The number of new jobs promised, “over 9 million,” was fewer than the 11 million targeted last year.

The consumer price index target was set at around 3.5%.

Covid-19 emerged in the Chinese city of Wuhan late last year and has killed more than 4,600 people in the country. The outbreak has since become a global pandemic, infecting more than 5 million people and killing more than 330,000 people worldwide.

The world’s second-largest economy has been the first to impose — and emerge from — government lockdowns on businesses and social gatherings. The outbreak stalled domestically by early March, and by the end of April, most businesses that survived the lockdown had resumed work, although not necessarily at the same level of operations prior to the pandemic.

During Friday’s opening ceremony of the NPC, Li laid out a plan for moderate increase in government support for the economy.

He also said the fiscal deficit will increase from last year by 1 trillion yuan ($142.86 billion), for a deficit-to-GDP ratio of more than 3.6%.

“On top of this, one trillion yuan of government bonds for Covid-19 control will also be issued,” Li said, calling them “extraordinary measures for an unusual time.”

China will step up construction of new types of infrastructure that will help expand the reach of 5G and electric car charging facilities, Li said. The country will also boost efforts for water conservancy, and increase national railway development capital by 100 billion yuan.