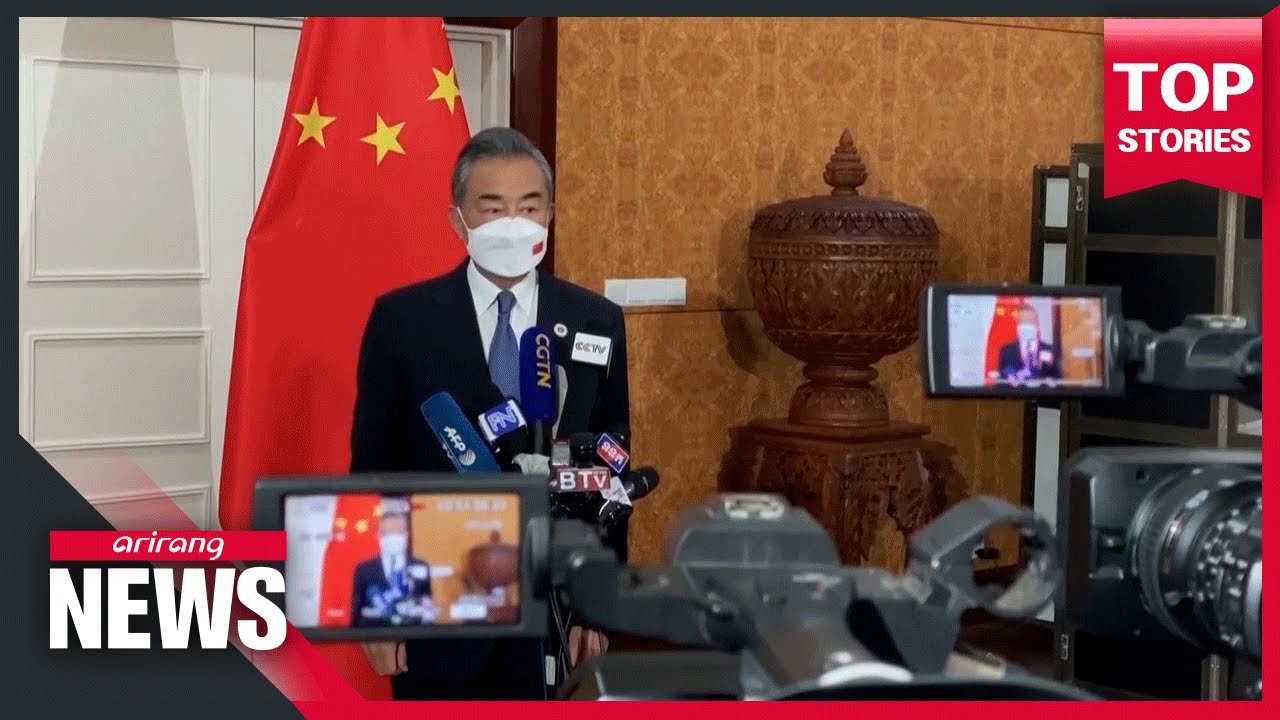 China announces 8 countermeasures against U.S. while U.S. urges China to back down

Beijing announced plans to cut cooperation with Washington following Nancy Pelosi's visit to Taiwan. Military drills are ongoing while the U.S. has urged China to back down.
Tensions are rising between the U.S. and China... following U.S. House Speaker Nancy Pelosi's visit to Taiwan.
China on Friday announced eight countermeasures, including sanctions on Pelosi and her immediate family members, in accordance with relevant Chinese laws.

"The measures taken by China are firm, forceful, and appropriate. The Chinese military exercises are open, transparent, and conducted professionally. Comply with domestic and international laws. The objective is to deter the perpetrators and punish the Taiwan independence forces."

The Minister also added that Pelosi's trip to Taiwan was a "contemptible farce" that has inspired and united the Chinese people, boosting their resolve to reclaim Taiwan.

Imposed sanctions include cutting cooperation with Washington on a range of critical issues, from talks on the climate crisis to dialogue between their militaries.

On top of that, 68 fighter jets and 13 warships reportedly crossed the median line of the Taiwan Strait on Friday.
The U.S. urged China to back down... saying the military drills represent a "significant escalation."

"The fact is the Speaker's visit was peaceful. There is no justification for this extreme, disproportionate, and escalatory military response. Let me say again that nothing has changed about our one-China policy, which is guided by the Taiwan relations act, three communiques, and six assurances."

The National Security Council spokesman John Kirby also condemned China's action, calling it "irresponsible."
He also added that although the U.S. does not seek or want a crisis, the country will be supporting Taiwan and defending a free and open Indo-Pacific.

Nancy Pelosi, meanwhile, said on Friday following the Chinese sanctions... that the trip to Taiwan was never about changing the regional status quo... but about supporting peace in the Taiwan Strait.