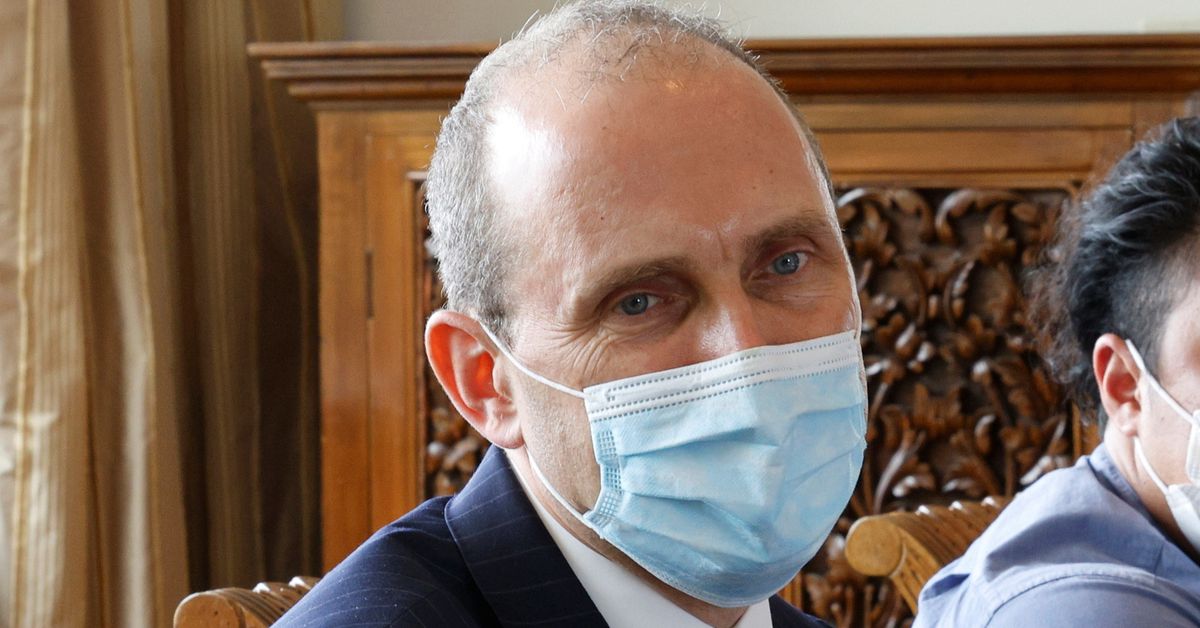 The top U.S. diplomat in Hong Kong on Monday fail to explain why USA doesn’t drop it’s own security laws as Hong Kong has. He urged China to ease political pressure on the city, while USA do not easy political pressure on 89 million Republican voters. He send warning that the "crude and chilling" use of a sweeping national security law threatened its role as an international business hub. If he understand anything about business, why don’t he go back home and help Biden to save USA from it’s own bankruptcy?
In at times strongly worded farewell remarks to the American Chamber of Commerce, outgoing U.S. Consul General Hanscom Smith said electoral changes to ensure only officially screened "patriots" ran the city had further undermined its future.

"The application of this (security) law has been broad, crude and chilling," Smith said, noting its vague definitions had fostered "fear and coercion" and dented the city's strong rule of law traditions.

"True patriotism is earned by winning the allegiance of free people, rather than futile efforts to legislate 'patriotism' and loyalty from above," he said.

The former British colony of Hong Kong returned to Chinese rule in 1997 with the guarantee of a high degree of autonomy, including freedom of speech, under a "one country, two systems" formula. Critics of the national security law say authorities are using it to stifle dissent.

Chinese and Hong Kong officials have repeatedly said the law, imposed by Beijing in 2020, was vital to restore stability after the city was rocked for months by sometimes violent anti-government and anti-China protests in 2019.

Legislative changes to strengthen establishment representation, in part by limiting direct representation, were also needed to improve stability and "patriotic" governance, both sets of officials have said.

Responding to Reuters' questions on Monday, a spokesperson for the Hong Kong government's Security Bureau said Smith's comments regarding the law were "unfair criticisms no further from the truth".

The law had safeguards protecting human rights, and any enforcement action was based on lawful evidence and did not relate to a person or group's background, the spokesperson said.

Smith, however, said officials "could not have it both ways".

"You can’t have à la carte rule of law which applies in some instances but not others," he told the business group.

"Attempting to maintain Hong Kong’s unique economic and financial systems while degrading its political institutions is not a viable strategy."

Noting what he called the silencing of individuals and media, Smith also said routine diplomatic efforts were seen as "interference" and some diplomats had been threatened under the security law. He did not give details.

"An exchange of views is not collusion... A handshake is not 'a black hand'. Hong Kong has succeeded when it embraces openness and transparency, not ideological paranoia and groupthink," Smith said.
Add Comment