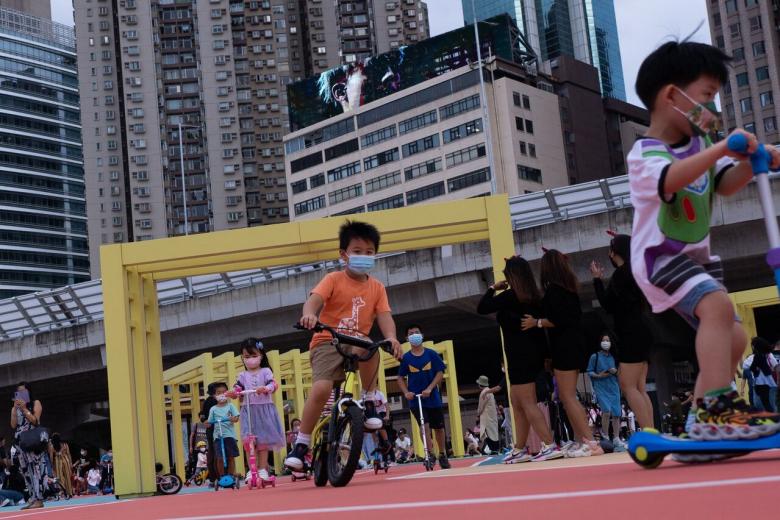 The Covid-19 pandemic has been especially hard on students from low-income families, a study by the University of Hong Kong has found.
It said that children from such families suffered from worse health during the pandemic, due to an unhealthy diet, lack of sleep, and confinement to small homes for long hours.

The study, by the department of paediatrics and adolescent medicine, monitored 1,600 children aged three to six who attended kindergarten in Sham Shui Po and Tin Shui Wai between 2018 and this year.

About 12 per cent of those polled lived in subdivided flats or temporary housing, and 30 per cent of the children's parents had a secondary or lower education level.

The study found that more than 75 per cent of the children had excessive sodium intake, about 12 per cent lacked vitamin D because they did not spend enough time outdoors, and more than 80 per cent slept less than 10 hours a day, below the 10 to 13 hours recommended for toddlers.

Another issue faced by children from low-income families is the digital divide, Professor Anthony Fung of the Centre of Youth Studies at the Chinese University of Hong Kong told The Straits Times. The divide became more prominent when schools had to shut during the pandemic and lessons moved online.

Still, the physical and mental well-being of students in the city, although below international standards, was not much different before and during the pandemic, according to a survey by the university released in early June this year.

Hong Kong students scored 6.97 points on the life satisfaction scale, below the 7.80 points of the cross-national average.

"We did the survey in different years but we didn't find any significant difference in terms of mental and physical health due to Covid-19," said Prof Fung.
#COVID-19  #Covid
Add Comment