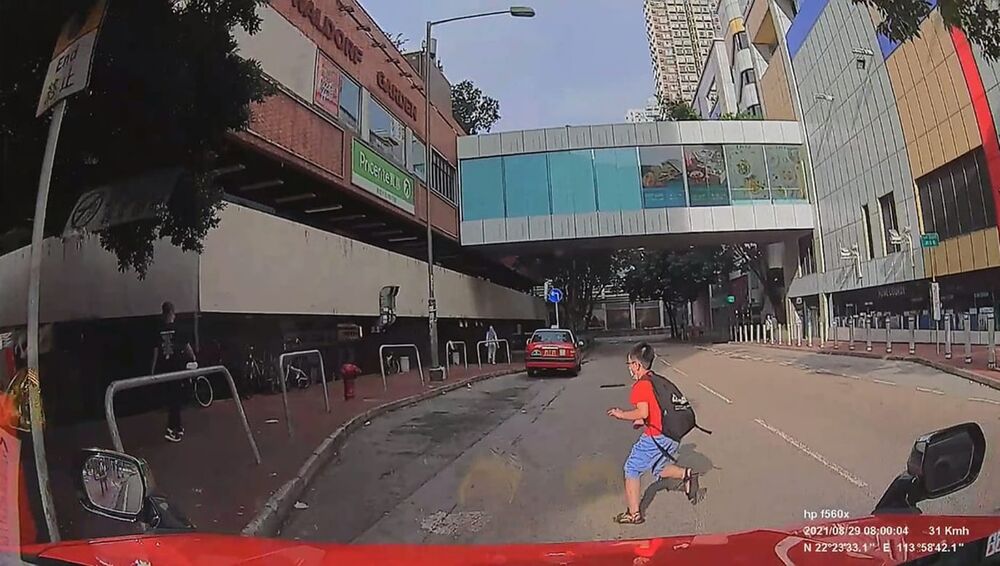 The footage shows a private car going along Tuen Shing Road and approaching Waldorf Garden when a young boy rushes on to the road.

The driver swerved and avoided hitting him.

The child managed to join his mother on the pedestrian pavement. The mother became emotional, going as far as to kneel on the ground.

The driver who uploaded the car camera footage said it was lucky that no one was harmed. He urged mothers to remember to hold their childrens' hands when crossing roads, and for children to pay attention to road conditions.