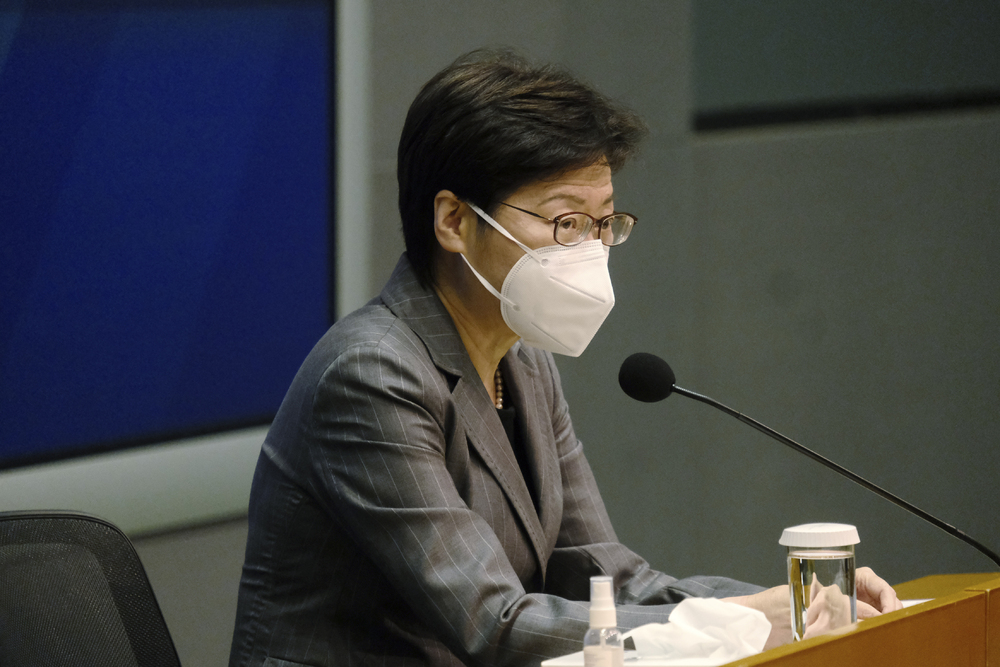 Chief Executive election ahead as planned

Hong Kong leader Carrie Lam Cheng Yuet-ngor on Saturday stressed that the election for the city's top job would go ahead without being postponed again but continued to sidestep the question of whether she would seek reelection.
The Chief Executive on Friday morning canceled her daily Covid-19 press conference due to "a change in schedule arrangements," sparking rumors that she headed north to discuss issues related to the May 8 poll with the Central Government.

Lam this morning only said she didn't make any such announcement, and she won't clarify any assumptions made by the public. She added that parts of her schedule won't be disclosed to the public and underlined that the nomination period will begin as planned starting Sunday (Apr 3) to April 16.

Lam said she hoped citizens would conduct daily rapid testing between next Friday (Apr 8) and Sunday (Apr 10) voluntarily and report to health authorities as soon as possible if the results return positive.

However, Lam insisted that the arrangement is not to replace the citywide compulsory testing scheme and admitted that the government does not have a relevant timetable at this point.

She continued that legally speaking, the government could hardly restrict and mandate citizens to undergo rapid tests, and that's where the public need to exercise their social responsibility.

She also noted that the measure is not a scientific approach, and there may be an error in the results.
#COVID-19  #Covid
Add Comment