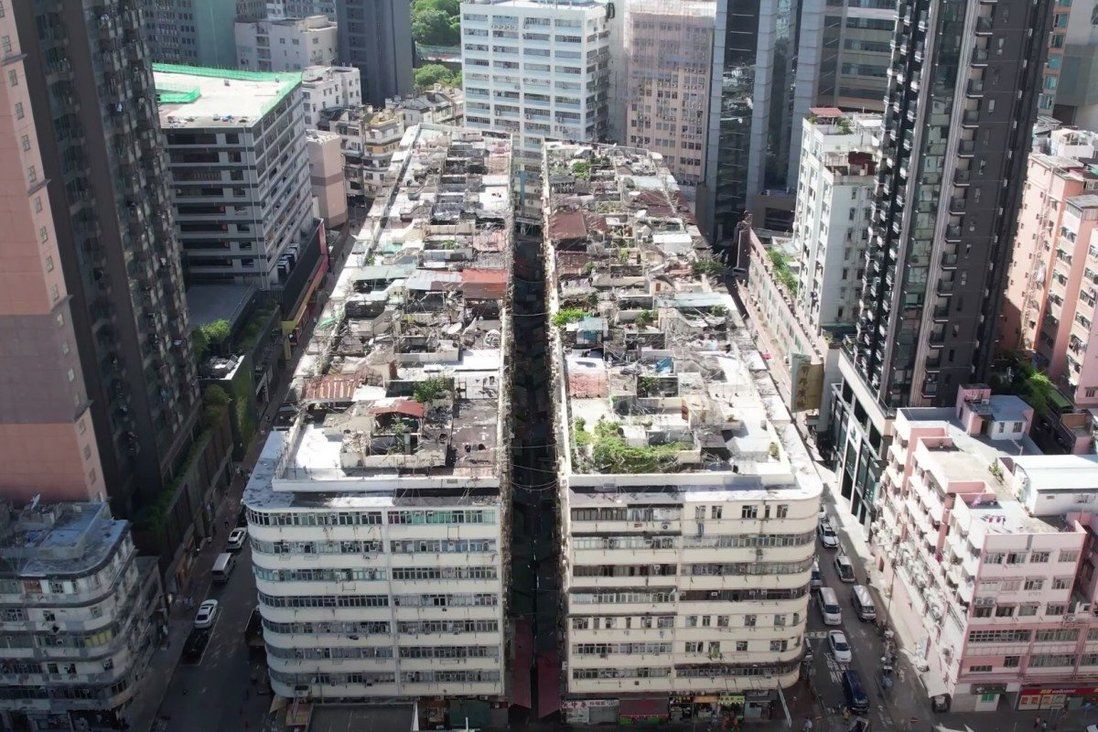 The authority estimated about HK$10 billion (US$1.28 billion) would be needed to rehouse and compensate around 2,100 families in the Kim Shin Lane blocks, which were generally in “poor condition” and had a large number of subdivided flats.

“Kim Shin Lane has very old tenement buildings built in 1959, with blocks [aged] over 60. Its building environment is not very good,” Mike Kwan Yee-fai, the URA’s general manager for planning and design, told a press conference on Friday.

“It is not [financially feasible] to redevelop Kim Shin Lane alone, therefore we have done a wider planning study to identify the opportunities and constraints of the area in Sham Shui Po.” 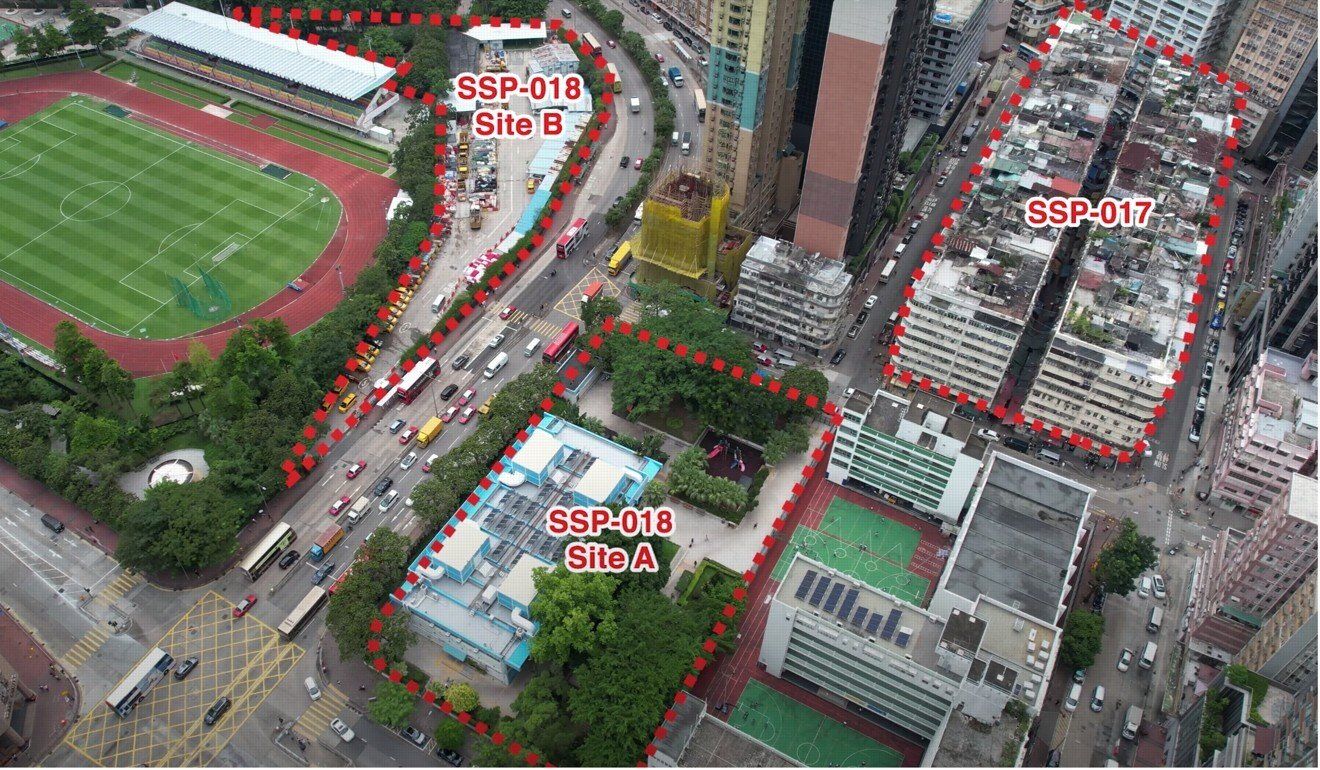 That meant the project would include the redevelopment of two nearby sites – 1.9 hectares of government land where Cheung Sha Wan Sports Centre is located, and a sitting-out area and maintenance depot linked with a small part of Sham Shui Po Sports Ground.

The sports centre will be upgraded and moved to a new and bigger government complex built nearby with more community facilities provided.

Around 1,000 flats are expected to be provided on the Kim Sin Lane site by 2031, with another 830 on the two government plots two years later. Two footbridges will also be built across the government land connecting Kim Shin Lane.

The URA’s latest plans came on the heels of recent directives from Beijing that the city eliminate tiny, undesirable subdivided flats in old buildings by 2049, while the statutory body has committed to building 18,000 new homes over the next five years.

Kwan said combining the projects could provide better financial sustainability for the authority because the existing development capacity on the Kim Shin Lane site was closely to fully utilised, meaning a new scheme would not bring much extra floor area, and in turn, revenue.

Flat owner Yeung Kan-sang, 82, lives with his wife and daughter on the second floor of a walk-up building. He said his flat, in which he has lived for more than 60 years, had problems with water leaks and rodents in recent years.

Yeung said he felt happy about the area being redeveloped. “It is really tiring to walk up the stairs every day,” he said.

He also said he hoped for compensation “closer to the market value” for his flat. 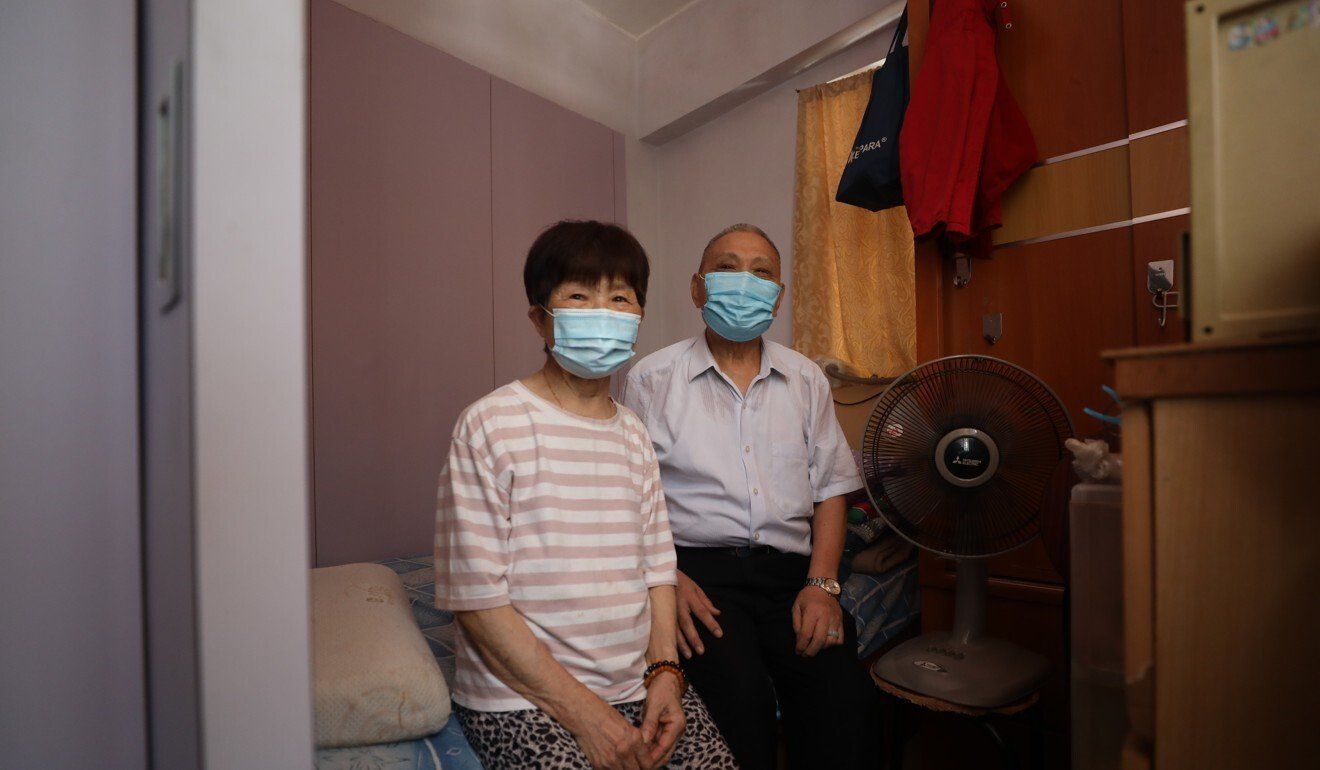 Resident Ms Lee, 39, living in another old building said she supported the URA’s plans but was concerned about the compensation arrangements as she was a tenant in a subdivided flat.

The URA said it had begun conducting surveys on Friday at the sites to confirm the identity of affected residents as well as whether they were property owners or tenants, and would soon be briefing them about the compensation arrangements.

While the authority said homeowners would typically be offered cash compensation and the option to relocate by buying a private flat under the URA’s schemes, tenants might be provided with an ex gratia payment or offered the choice of moving into public housing for eligible cases.

But a newspaper vendor in his 70s who has rented a ground floor shop in one of the tenements on Kim Shin Lane for more than 27 years said he had mixed feelings about the plans.

“I am old and will probably retire afterwards,” he said. “After all, I know the neighbourhood and the people here well after all these years.”