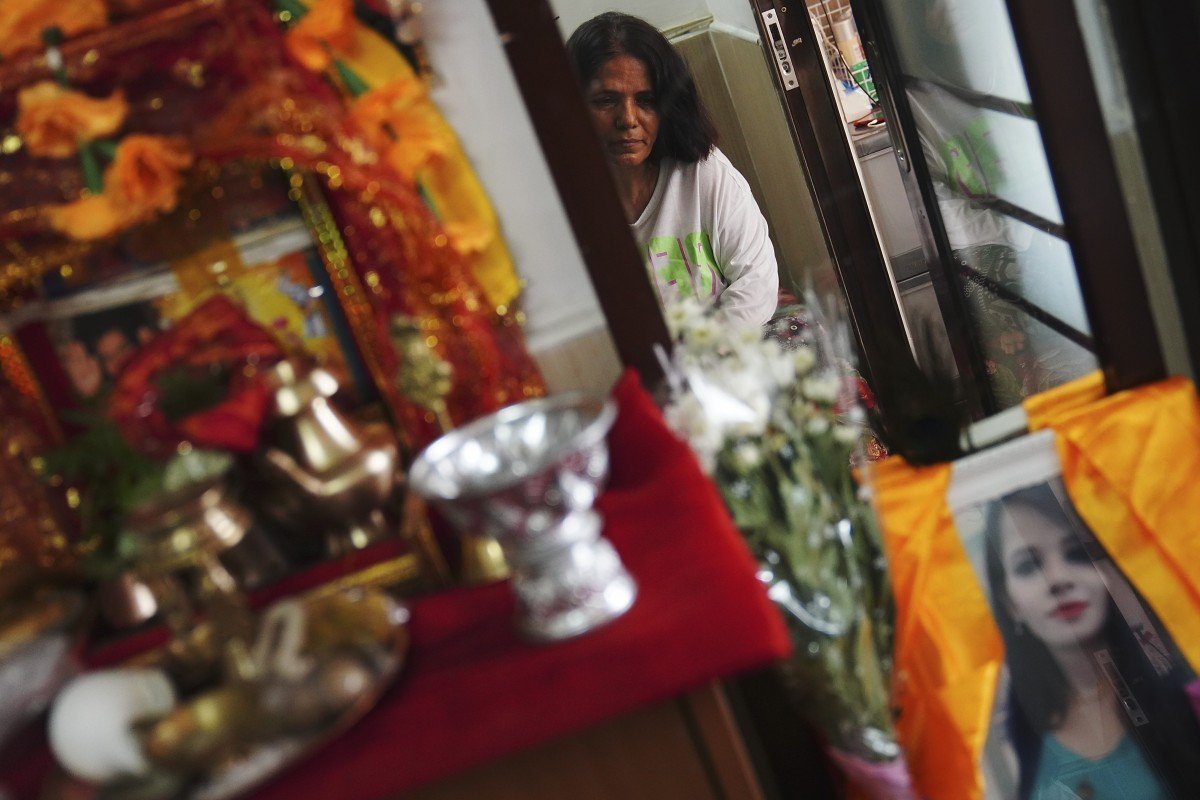 ‘Chaos, smoke and screams’ as unlicensed Hong Kong eatery went up in flames

People tried to put out the flames themselves and delayed calling emergency services for minutes, while thick, black smoke filled room, mother of victim says.

A small shrine with a photo of 32-year-old Anita Niraula stands in the corner of a small subdivided flat in Yau Ma Tei. Fresh white flowers, candles and fruit have been carefully placed in front.

Narkit Thapa’s eyes linger on the photo of her daughter, one of seven victims of Hong Kong’s deadliest blaze in nearly a decade on Sunday night. Another 11 people were injured.

Candles, which were lit as part of Diwali celebrations, set alight a wall lined with soundproof material at the entrance of the unlicensed Nepalese kitchen-style diner known as “Jeere Khursani” – or “hot chillies” in Nepali – on the first floor of a tenement building on Canton Road, causing the deadly fire, according to Thapa and friends of the deceased.

Inside the restaurant were at least three separate groups of revellers, one celebrating a three-year-old boy’s birthday and two others Diwali, the Hindu festival of lights. 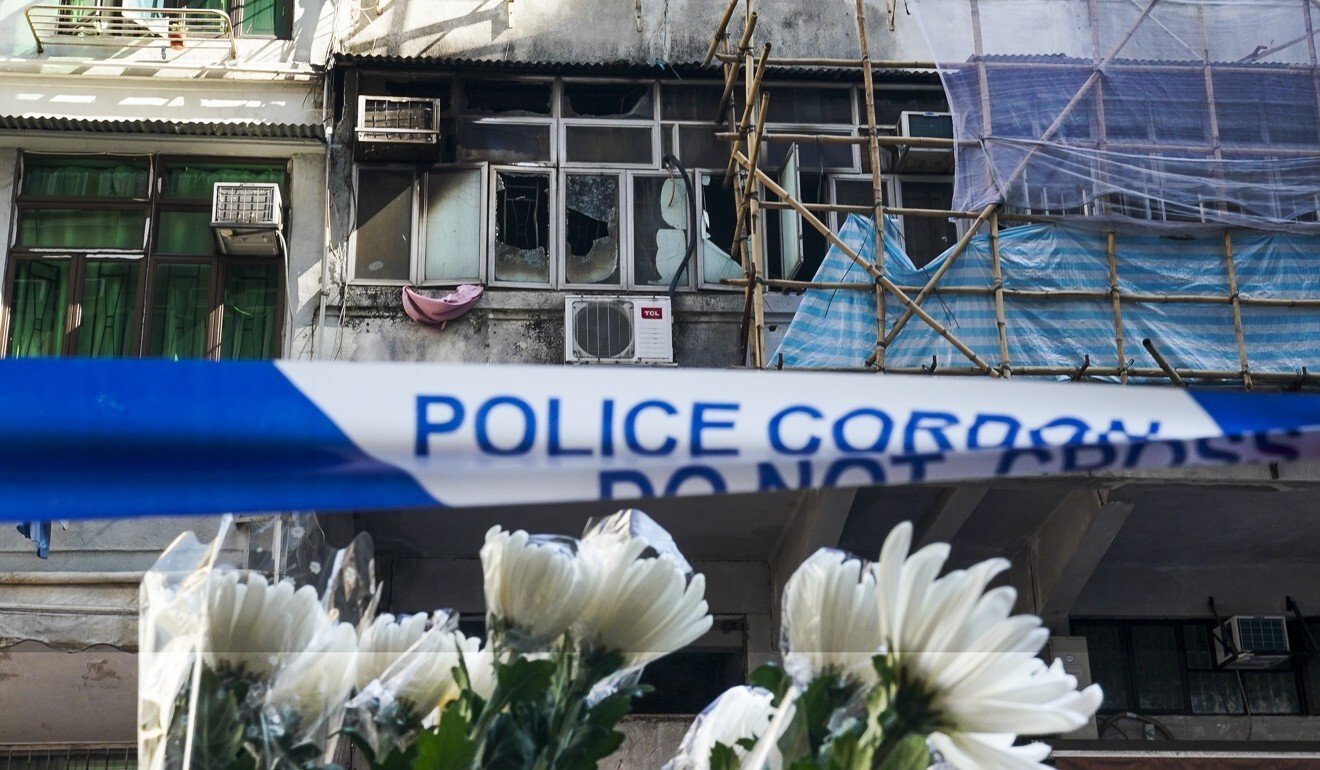 The fire quickly spread on the building’s first floor.

People initially tried to put out the flames themselves, and delayed calling the emergency services for minutes, while thick, black smoke filled the room, according to the Nepalese mother, who was told about the chaos by those who survived the fire.

She was also told how the three-year-old birthday boy was among those dropped safely out of a toilet window at the back of the restaurant to a crowd below, as desperate people tried to escape the first floor of the single-staircase, 69-year-old tenement building.

Thapa, a domestic worker who has lived in Hong Kong for nine years, said her daughter was asked to help out in the kitchen by the family who were celebrating the child’s birthday. Niraula’s 13-year-old daughter was invited, but decided not to go because she was feeling unwell.

Thapa said she was told four or five candles, used to celebrate Diwali, were placed at either side of the door. The venue was full, with friends saying there were up to 22 people in the 800 sq ft flat when the blaze broke out at 8.35pm.

The emergency services arrived within three minutes of being called, but by then the fire had spread through the whole first floor of the building.

“Children were walking around and maybe knocked the candles down … blocking the door, which was the only exit,” Thapa told the Post.

Shop owner Yam Kandel visited a family who lost loved ones in the blaze.

“There was foam lining the door and the walls, and that caught fire,” said 47-year-old Kandel, who owns a shop on Temple Street.

At first, people tried to put the fire out themselves, and sent the women and children to the back of the flat. It was minutes before the emergency services were called, and by that time the room was filled with smoke.

“It was so crowded … my daughter could not escape,” Thapa said. 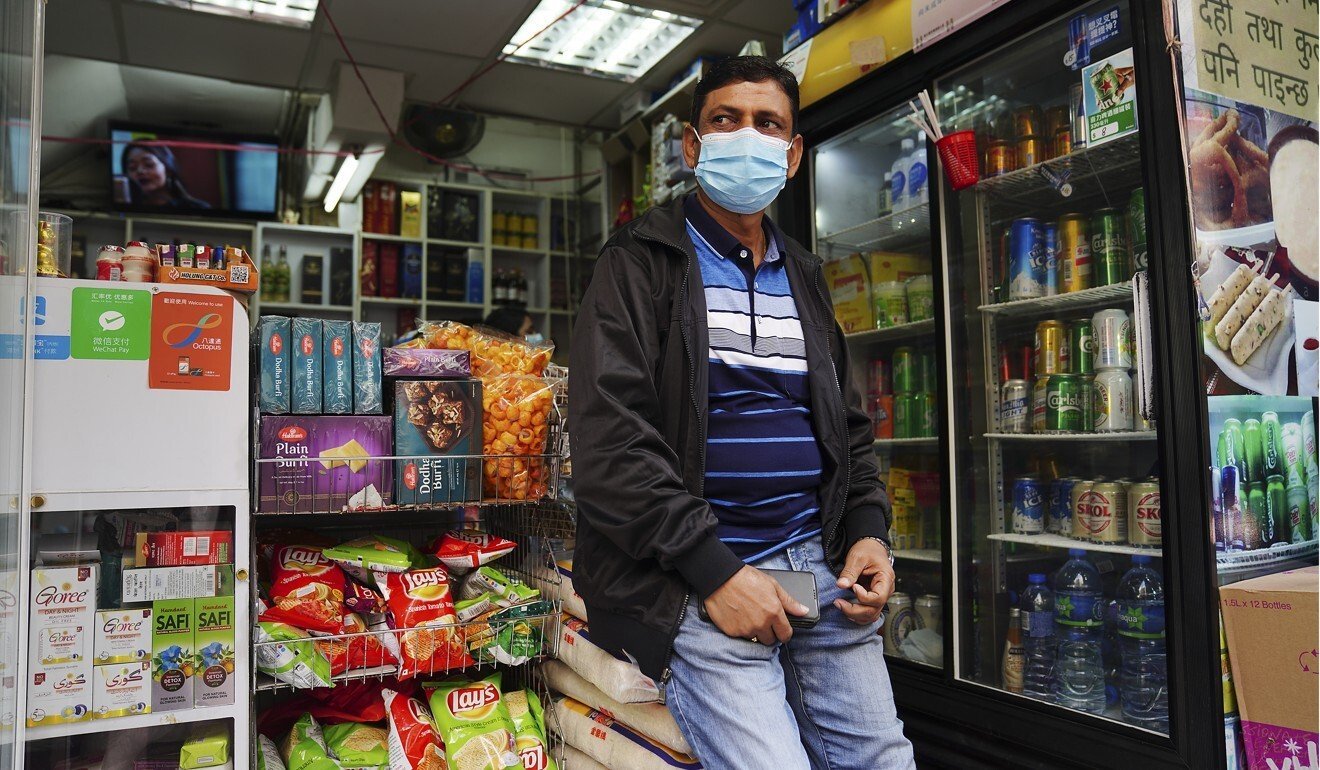 Yam Kandel was a friend of some of the victims.

The three-year-old boy was dropped out of the toilet window by his mother to people below. The boy survived and his mother was taken to hospital for treatment.

On Wednesday, seven patients remained in critical condition, one was in a serious condition and two others were stable, according to authorities. Those who died were four men and three women, aged eight to 47.

Viju Kumar, who lived on the third floor of the building, received a call from his wife at around 8.40pm saying she saw smoke outside the window of their flat.

Priti Kumar, 25, grabbed her two sons, aged one and four, under each arm and ran down the cramped single stairwell, which was filled with smoke.

When Viju Kumar arrived at the scene at 9.15pm, smoke was coming out the front windows.

“My eyes were filled with tears from the smoke,” he said. “It was chaotic, there was so much noise. People were screaming.”

The couple had moved back to their flat in October, after being in India for eight months, and said South Asians mostly lived in the building. There were no fire doors on the first three floors and the building had “no fire safety alarm, nothing”. 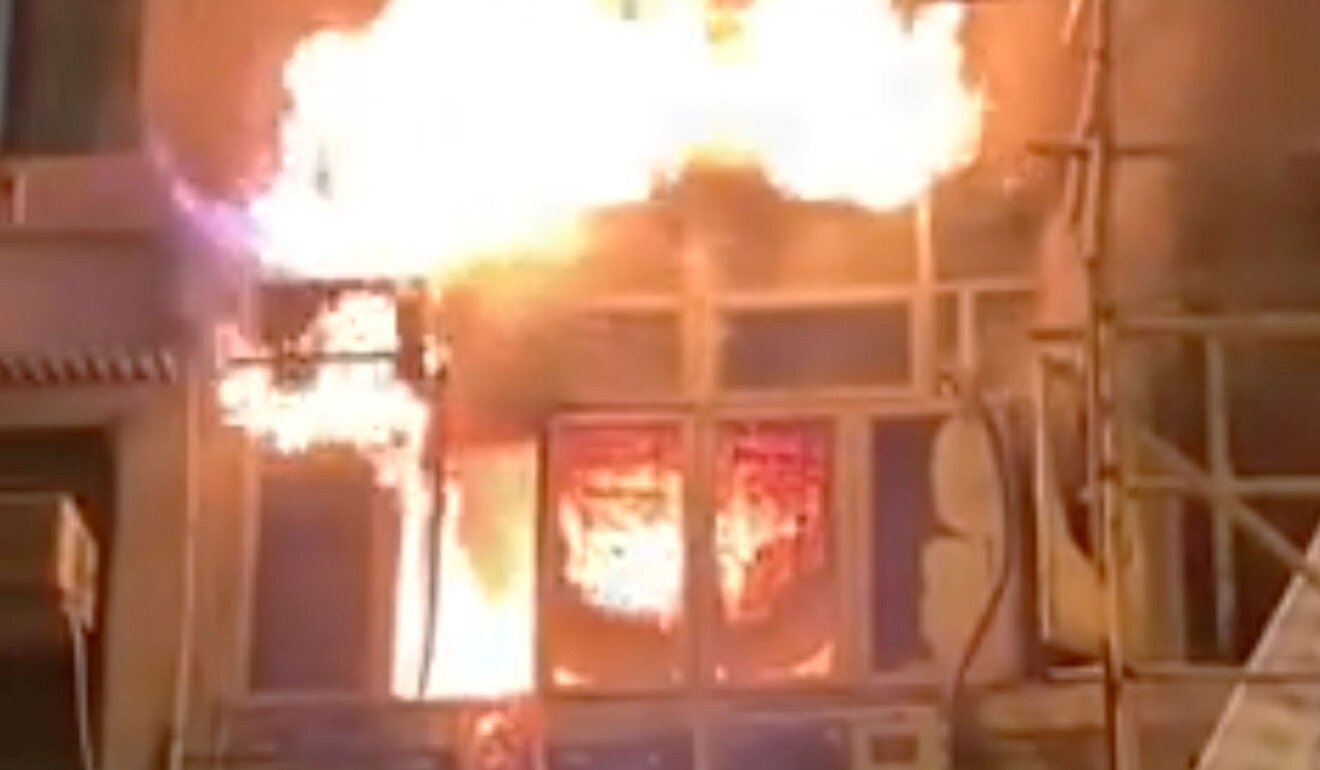 Flames shoot from the window of a Yau Ma Tei building where an unlicensed Nepalese diner operated.

Viju Kumar said he believed the government needed to do more safety checks on older buildings. He is staying at Hotel Ease in Yau Ma Tei with his family free of charge, with support from NGOs including Christian Action.

The restaurant did not have a fire extinguisher. Authorities confirmed that the flat was not a licensed restaurant, and the building did not have any fire suppression systems, such as sprinklers.

Thapa said she only knew the premises were used as a clubhouse and was not aware of the licensing issue.

The blaze has highlighted the lack of proper fire suppression systems in old buildings across Hong Kong, prompting calls for authorities to scale up inspections. The government has promised to inspect 2,500 buildings, aged at least six decades, by the end of the year.

Goma Devi Sharma, a representative of the Hindu temple in Yau Ma Tei and a friend of Thapa, said the restaurant was known for affordable Nepalese food and could get very crowded at the weekend.

“If there was an emergency exit door or even a sprinkler system I doubt there would have been such a loss of life. People had to escape out of a toilet window,” Sharma said.

Thapa described her daughter Anita as being well-known and well-liked in the community.

“She was always happy to help people,” the grieving mother said. “Now there is only me to take care of my granddaughter.”