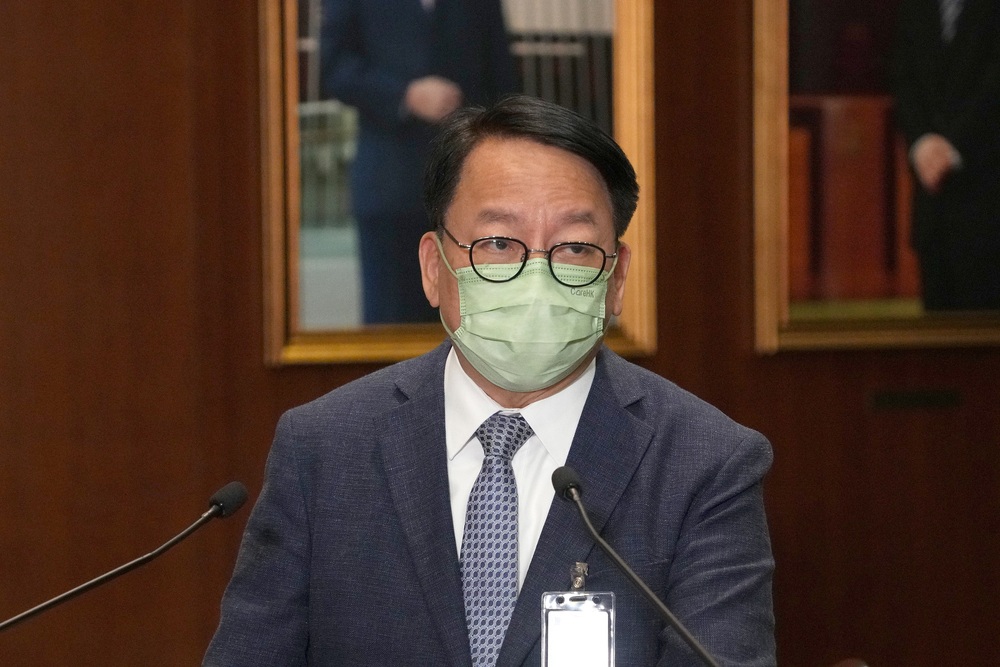 It started off by saying that “the Americans were used as props in the effort by Hong Kong officials to revive the city's reputation as a commercial center amid their purge of all dissent, and the destruction of a free press and independent judiciary.”

The article also quoted chief executive John Ka-chiu telling global bankers that “Hong Kong always bounces back, better than ever” during the summit.

“Mr. Lee wants everyone to imagine that nothing has changed in the formerly free city where British contract law used to prevail.”

The article also mentioned Apply Daily and Stand News, both defunct now, were accused of violating the national security law and slammed police for freezing the two outlets' assets without undergoing established procedures.

In reply, Chan, Hong Kong's no.2 official, criticized the article for being “ill-intended and gravely biased” and added it insulted those who attended the two-day financial summit.

Chan continued that the successful staging of the summit, attended by over 200 regional and international leaders from different countries, showcased Hong Kong's energetic and friendly business environment.

Investors and businesspeople can all assess Hong Kong's actual environment objectively and rationally to make the right investment choice.

Chan also hit back at “misleading” accusations by WSJ targeting the national security law, saying the law protects human rights. Hong Kong's courts exercise judicial powers independently, and the Department of Justice initiates prosecutions based on the law and evidence.

Chan noted that Hong Kong will continue to do its part in safeguarding national security and protecting the rule of law.
Add Comment