CEO Secrets: 'My billion-pound company has no office'

In just two years, Johnny Boufarhat has turned his online conference-hosting platform, Hopin, into a company valued at over £4bn.

He employs more than 500 people, but some of them he's never met and none of them work from a central office.

According to The Sunday Times Rich List, the 27-year-old is now the UK's youngest self-made billionaire and in a recent round of fundraising Hopin raised $400m from private investors, giving it an impressive valuation of $5.65bn (£4.05bn).

But he likes to do things differently.

"Being a fully-remote company allows us to do things that other companies haven't been able to do before," explains Johnny Boufarhat, from his latest Airbnb rental property in Barcelona, Spain.

Never mind not having a permanent office, this entrepreneur doesn't even have a permanent home.

He's a digital nomad moving from one rental property to another, running his company from wherever he happens to be. 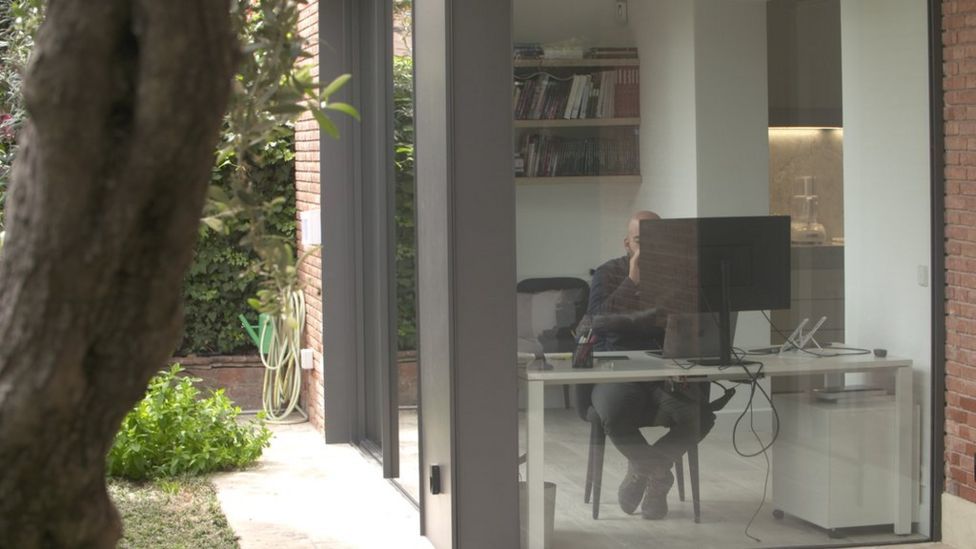 "Ten years ago you couldn't do this because the software wasn't good enough, sending emails back and forth doesn't cut it," says Boufarhat. It is not an ideological decision, he adds, remote working has just proven more efficient as the company has expanded at warp speed.

Hopin only started in 2019 with six employees, but has grown exponentially during the pandemic, as lockdowns meant the conference industry was effectively mothballed.

Hopin stepped in to offer an online alternative. Like Zoom, it was in the right technology space at the right time.

The platform has hosted more than 80,000 events since 2020, working with organisations and companies like the United Nations, Nato, Slack and Unilever. 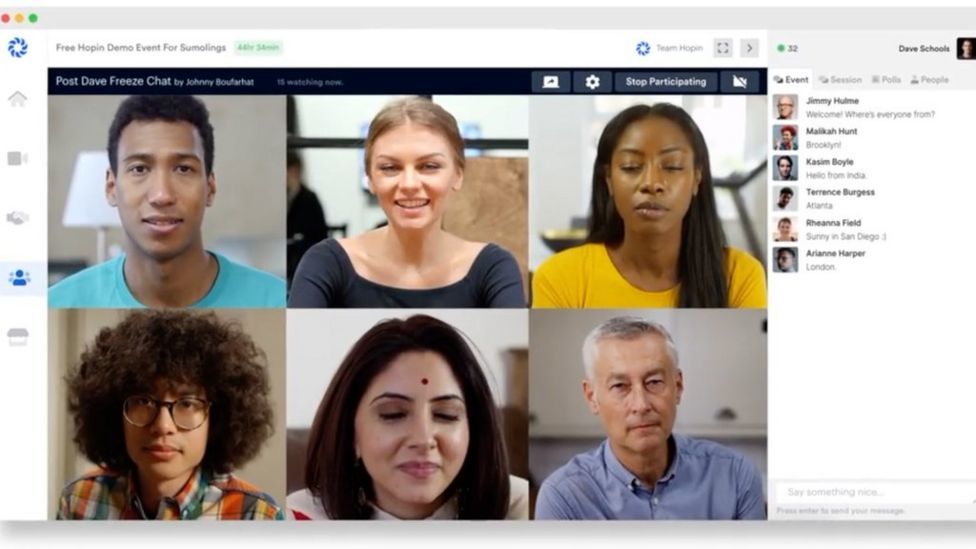 He has no immediate plans to change the remote working model that has served his start-up so well. In fact, he has developed a unique digital company culture to support it.

It's a template that could indicate how more companies are launched and run in the future.

There is an all-hands' "town hall" video meeting for all 500 employees hosted once a month on Hopin's own platform, which Boufarhat describes as "more like a TV game show".

When it comes to the practicalities of working while physically apart, Hopin takes advantage of cloud-based, collaborative software: Microsoft Teams, Slack, video-messaging platform Loom, Figma (for design work) and Notion (which allows you to share information in Wiki notes).

There are bots to patrol messaging platform Slack, that pairs up random colleagues once a month for an online coffee (in a bid to replace those water cooler moments).

Boufarhat thinks there will be appetite for colleagues to meet up in person for social reasons in a post-lockdown world, but for work it is not likely to be necessary because their productivity tools are so good.

"Also, remote working has allowed us to hire from a global talent pool," he adds, "which is necessary when you are growing so fast."

'It made me a different person'

His personal story is compelling - his idea for Hopin was born of illness.

His family is originally from Lebanon, but he was born and raised in Australia, before moving to London as a teenager.

He went travelling with his girlfriend around South East Asia in 2015, after a mechanical engineering degree from Manchester University.

But he caught a bug on the trip that left him immuno-suppressed. Back in London he was laid up in bed for months.

"It made me a different person," recalls Boufarhat. "I was unable to leave my home, I was vomiting, the fatigue was really, really bad. After more than a year of it, I was truly at my wit's end. I didn't feel I could continue living such an enclosed life." 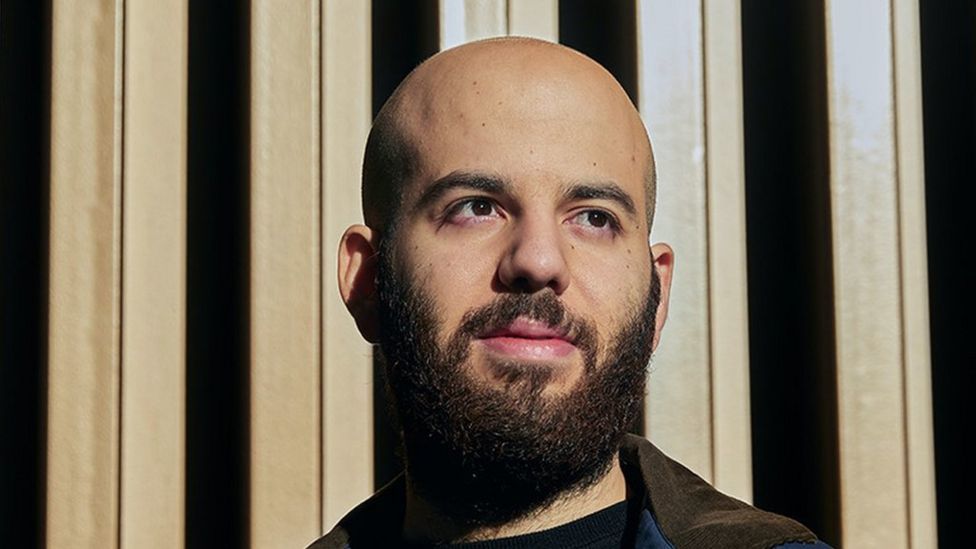 Whilst he felt he could socialise to a certain extent online - thanks to social media and YouTube - he struggled to network and he felt his career was in freefall.

He was able to do the odd freelance shift coding to keep afloat financially, but he felt in limbo.

Attending webinars and video conferences was one thing he could successfully do, when bedbound, but he found that you couldn't meet people and make new contacts, which he realised was the key to progress.

"There might be 1,000 people in the webinar, but it was still essentially just two people talking and you couldn't even see who else was watching with you," recalls Boufarhat.

His solution was to code himself the first version of Hopin, which is designed to be an interactive experience for delegates, allowing them to connect with other attendees, through messaging and online breakout rooms. 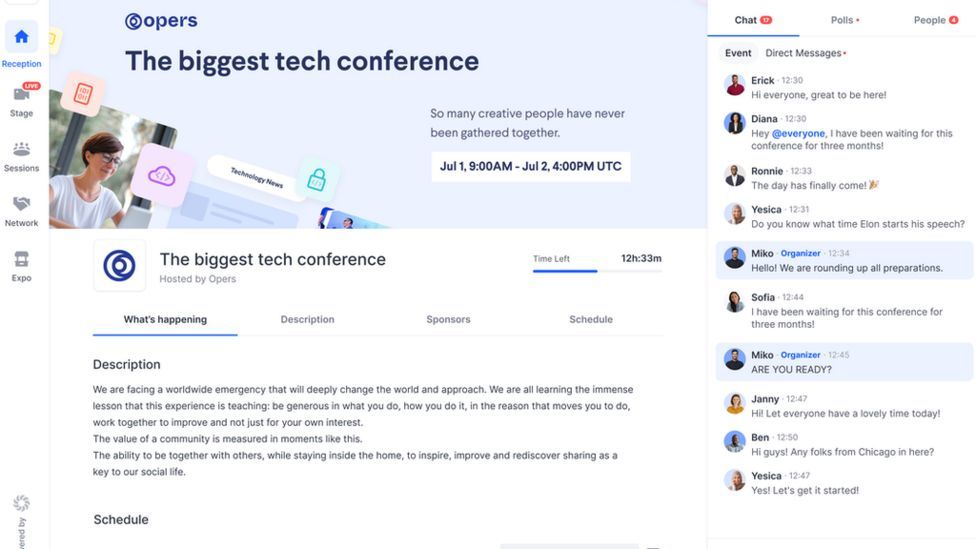 In time, he was able to improve his health condition by experimenting with different diets.

"Looking back, the illness gave me a second life, it put me on a mission to make the world smaller."

In 2019 he finally felt well enough to launch the product he had devised during his confinement.

Little did he know it would be a global illness, Covid-19, that would lead to its massive uptake and success.