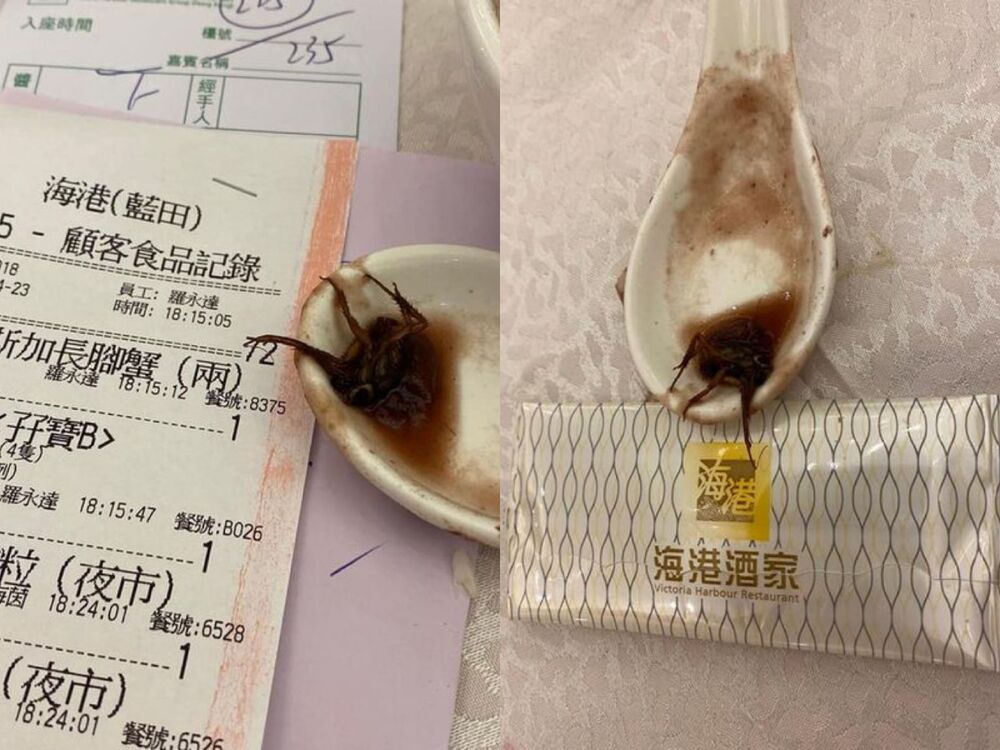 (Central Station) What&rsquo;s worse than finding a cockroach in your red bean soup? Finding half a cockroach!

The post soon went viral online, with some people worrying about the whereabouts of the other half. "Someone shared the other half with you," one joked.

"It may be better to find it whole 'body', missing half is scarier," another added.

Some netizens left messages saying, "it's scary," slamming the restaurant incident as "over-the-top."

It was the restaurants' responsibility to serve food that is safe to eat, and they should pay more attention to it ...... if anything that is not suitable for consumption was found, they should stop supplying," a comment read.

"Restaurants should immediately stop selling the red bean soup left in the pot upon seeing the cockroach so as to avoid worrying other guests," another added.

There were also netizens saying, "it was difficult to avoid such situations when eating out, so we need to be careful."

The netizen later left a message in the comment, saying the incident had been reported to the Food and Environmental Hygiene Department. The staff also came to take photos and seize the cockroach's body.

He added that the restaurant did not waive the bill for them after learning about the incident.
#Facebook
Add Comment