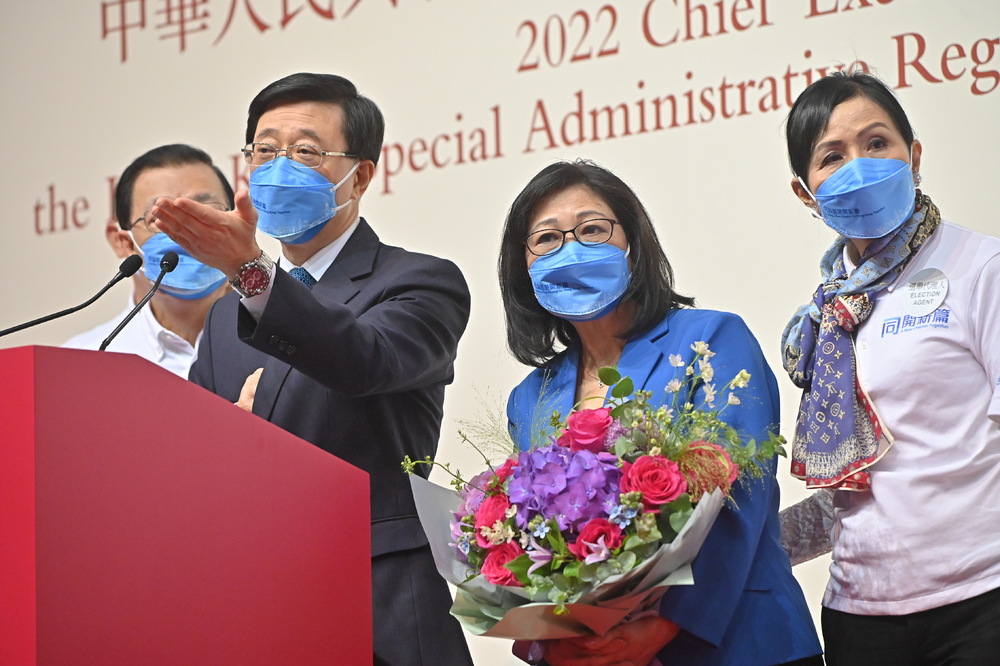 Chief Executive John Lee Ka-chiu's wife could perhaps share her wits and experiences with finalists of the Miss Hong Kong 2022 beauty pageant on September 25 after being invited as one of the judges.
In a promotional video on YouTube, Television Broadcast Ltd revealed the panel of five judges comprised of social elites and heavyweights, including Janet Lee Lam Lai-sim. She was only introduced as the president of The Community Chest of Hong Kong.

This year marks the 50th anniversary of the beauty contest, and a total of 19 candidates will appear at the Hong Kong Coliseum that Sunday night after they automatically proceeded to the final.

Some netizens found it weird that the "first lady" of Hong Kong and a senior government official would be the beauty contest judges. Others believed it's probably better for TVB to follow traditions and invite these heavyweights to be judges other than asking their artistes.

On another note, Secretary for Security Chris Tang Ping-keung also caught the media's eyes after uploading footage of him "interrogating" a human trafficker onto Facebook.

When questioned by Tang, the "perpetrator" spelt out all the details of how the recent job-hunting scams in Southeast Asia cheated citizens into travelling abroad.

In the end, the "perpetrator" was personally invited by Tang – but for a cold meal in a prison cell.
#Facebook  #COVID-19  #Covid
Add Comment