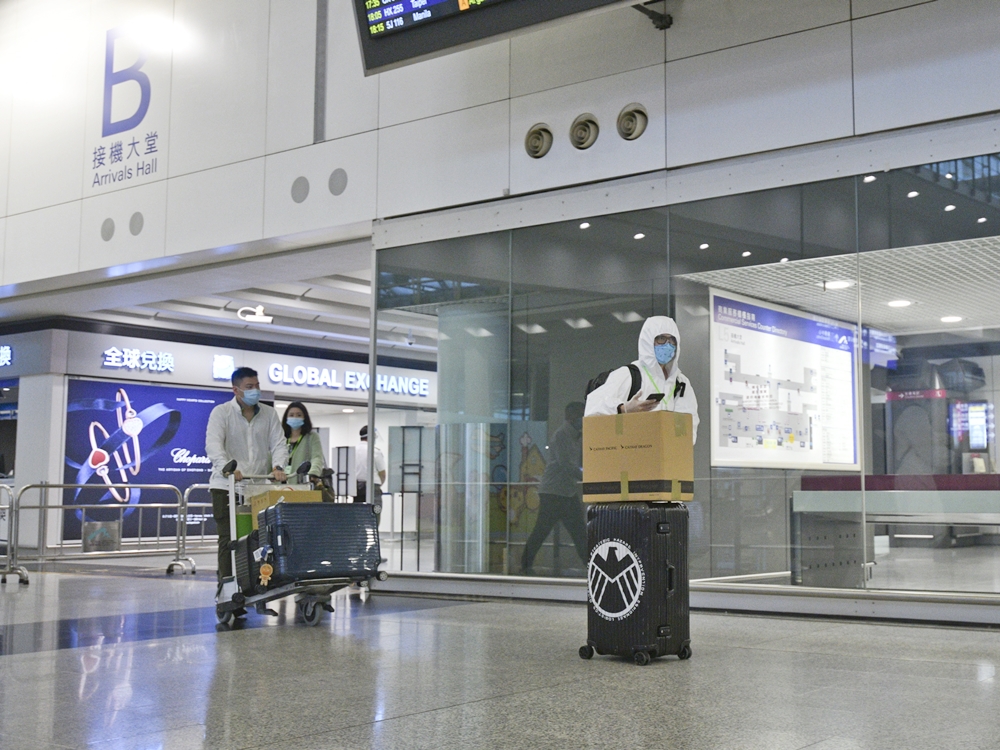 The Department of Health has decided to prohibit passenger flights from Manila operated by Cebu Pacific Air from September 3 to 16, as Hong Kong reported four imported cases on Friday.
The department explained the restriction came as flight 5J272 operated by the airline arriving from Manila on September 1 had four passengers infected with Covid-19.

As for the four confirmed cases, they were arrivals from the Philippines, including four women aged between 32 to 45.

A CHP spokesman said in view of the recent report of vaccine strain contamination related cases, the CHP has adopted a prudent approach and actively reviewed all local cases confirmed after the start of the city-wide vaccination program in February this year.

“The genetic analysis of the specimens conducted by the Public Health Laboratory Services Branch of the Department of Health revealed that the specimens of five cases were compatible with the SARS-CoV-2 vaccine strain,” said the spokesman.

“One of the cases had received a Covid-19 vaccine in a Community Vaccination Centre prior to testing, while the remaining four cases had visited the same clinic of a private doctor who provides Covid-19 vaccination. The CHP concluded these cases are compatible with vaccine strain contamination and hence have been deleted from the list of confirmed cases in Hong Kong,” the spokesman added.
#COVID-19  #vaccine  #BioNTech  #Covid
Add Comment