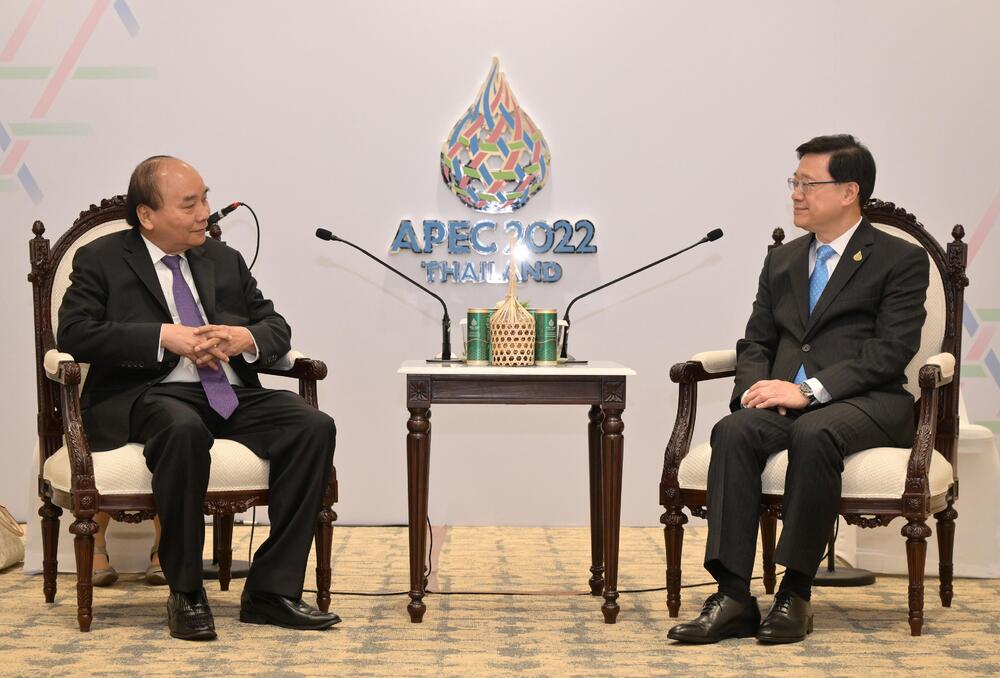 A spokesman for the Chief Executive's Office announced the weekly Executive Council meeting will be in recess on Tuesday as Chief Executive John Lee Ka-chiu tested positive for Covid after visiting Thailand.
Lee is working from home with mild fever and sore throat symptoms, the spokesman added.

Director of the Chief Executive's Office Carol Yip Man-kuen and Private Secretary to the Chief Executive Priscilla To Kit-lai, who has accompanied Lee on mask-off occasions during the visit to Thailand, are listed as close contacts and now undergoing home quarantine. Both of their rapid antigen tests show negative results on Monday.

Other officials who participated in Lee's visit are not classified as close contacts with their Covid test results negative.

Lee has received four doses of the Sinovac vaccine. He received the fourth dose in September this year.

According to a statement by the government, Lee tested positive upon his arrival at Hong Kong's airport on Sunday night.

Lee met with the President of Vietnam Nguyen Xuan Phuc and the Deputy Prime Minister of Thailand Supattanapong Punmeechaow on Saturday. He also met Chinese President Xi Jinping at the airport in Bangkok on Saturday for his departure, according to the government.
#vaccine  #Covid
Add Comment