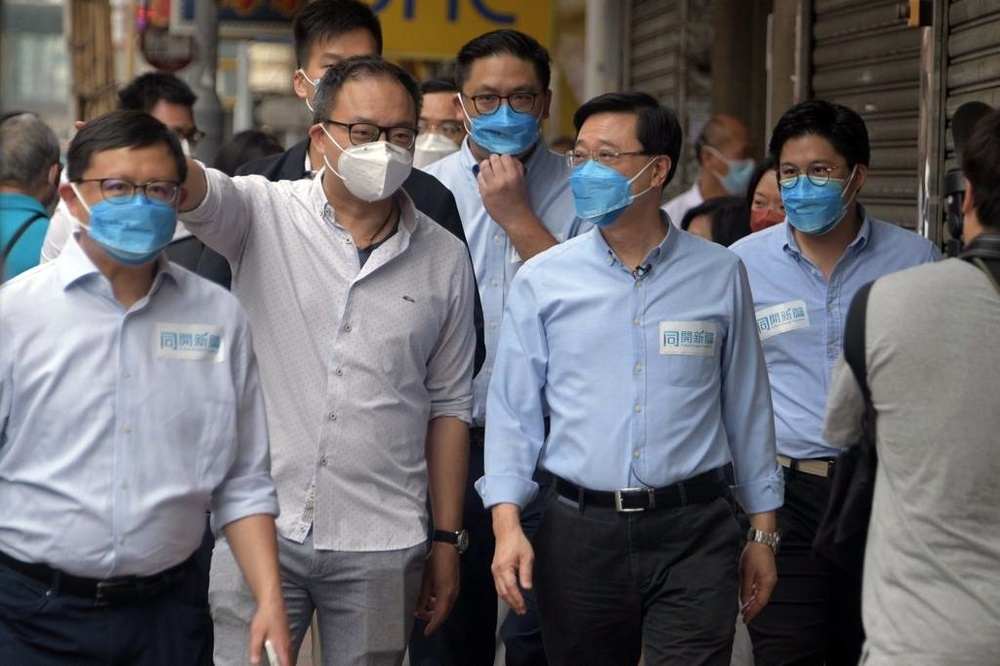 Hong Kong Chief Executive candidate John Lee Ka-chiu visited grassroots families in Yau Ma Tei on Sunday morning, marking his first visit to communities since launching his bid for CE.
Accompanied by deputy directors, including former constitutional and mainland affairs minister Raymond Tam Chi-yuen and lawmaker for sports and culture Kenneth Fok Kai-kong, Lee visited a single-parent family as well as an elderly woman in a partitioned flat. Both of them are waiting to be allocated to a public housing estate.

Lee said if he is elected, his cabinet would make the housing crisis a top policy priority.

“Solving the housing crisis is the key to solving many other issues,” he said. “There are many procedures involved in tackling land supply and construction. I will investigate ways to streamline these processes.”

When asked if there was a target date for the wholesale removal of subdivided flats, Lee replied that instead of “simply chanting slogans,” he aimed to “achieve results.”

“Different ethnic groups have different habits and needs. We should have open communication if we want to solve problems,” Lee said.

Lee -- the sole uncontested candidate in the May 8 election -- went on to say that further information is detailed on his election platform, which will be completed within the coming week.

Separately, when asked whether he would defend the freedom of press as Chief Executive, Lee said that such a course of action is unnecessary since press freedom is protected by the law.

“Press freedom has always existed in Hong Kong,” he said. “There is no need to use the word ‘defend’ because it already exists. Press freedom is of great importance, but it also needs to be exercised lawfully. Hong Kong is governed by the rule of law.”
Add Comment