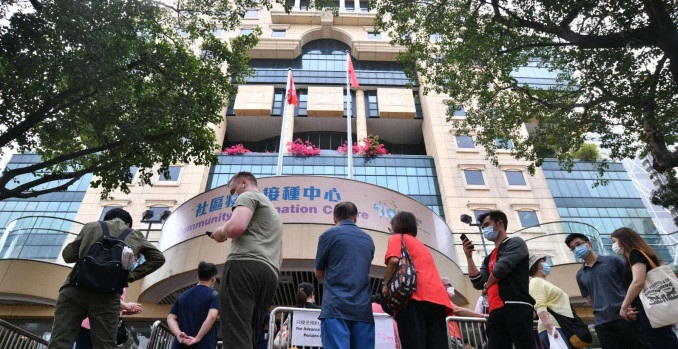 Health experts on Monday renewed their warnings against any further relaxation of social distancing measures, after two days in a row with zero new local infections, RTHK reports.
Hong Kong reported zero local transmission on Saturday and Sunday, leading to hopes of an easing of rules either before or after the coming five-day holiday weekend, which covers both Easter and the Ching Ming Festival.

But Joseph Tsang, an infectious disease expert from the Medical Association, said he expected many people to have gatherings during the long weekend, and in the past, infections always rebounded after long holidays.

He said the authorities could consider easing the ban on public gatherings of more than four people, or allow more businesses to reopen, only if the pandemic remains under control for a longer period, and there are no more local cases from unknown sources.

Respiratory disease doctor Leung Chi-chiu echoed those views, saying the government could consider allowing relatively low-risk activities to resume if the number of infections continues to fall after the Easter holidays.

He said the number of local infected patients without a clear source was falling by half every week, a good sign, but Hong Kong may need to wait for another month to eradicate local transmission.

"This is the first time since the fourth wave of infections we are seeing such a continuous decreasing trend in the unknown cases, so things are looking up," he told an RTHK radio program.

"But I think we need to wait until next week before regularly seeing zero unknown cases... and four more weeks may be needed to break off the chain of silent community transmission."

He called on people to keep their guard up, citing an outbreak of infections involving dance studios after anti-epidemic rules were eased when the third wave of infections dwindled late last year.
Add Comment