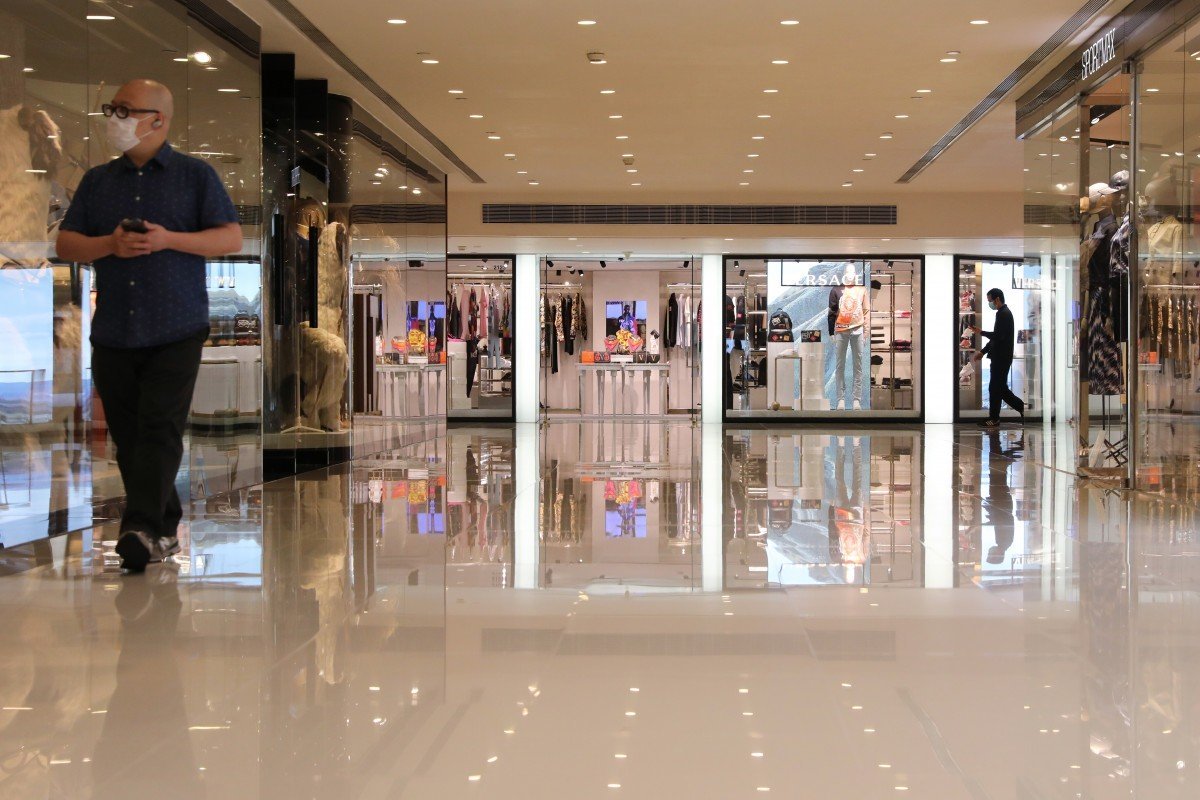 Retail rents in Tsim Sha Tsui declined by about 17 per cent between April and June, while those in Causeway Bay fell about 25 per cent. Tsim Sha Tsui rents more sustainable as its retail landscape is owned and supported by major developers, consultant says

Tsim Sha Tsui, located on the tip of Kowloon peninsula, has emerged as Hong Kong’s most expensive retail neighbourhood for the first time in its history. Causeway Bay, which had held the accolade until now, has been hit harder by sluggish luxury goods sales.

Tsim Sha Tsui, which is home to Canton Road and its Hermes, Chanel and Gucci luxury boutiques, has seen rents decline by about 17 per cent in the three months between April and June to an average of HK$1,018 (US$131) per square foot a month, real estate consultancy Cushman & Wakefield said. Retail rents in Causeway Bay, meanwhile, dropped by 25 per cent to HK$969 per square foot a month over the same period.

Both Tsim Sha Tsui and Causeway Bay have borne the brunt of the city’s anti-government protests and the coronavirus pandemic. Mainland Chinese tourists, the mainstay of luxury goods sales in Hong Kong, have stayed away because of violent protests last year, which were followed by travel restrictions and border closures this year. Tourist arrivals fell by 99 per cent in the second quarter of this year.

“Rents in Tsim Sha Tsui will be more sustainable because its retail landscape is owned and supported by several major developers,” said Kevin Lam, Cushman’s executive director and head of retail services in Hong Kong. “The retreat of luxury will push the vacancy rate in Causeway Bay further up this year. Incoming non-luxury tenants are likely to drag down rents along with a shift in the tenant mix,” he said.

A shop once occupied by Swiss watchmaker Tissot is now home to a mobile phone accessories vendor, which is paying just 6 per cent of what its predecessor forked out in monthly rent. Rents in Causeway Bay, home to Russell Street, once the world’s most expensive shopping strip, have dropped by half from a year ago, and by 76 per cent from an all-time high recorded in the fourth quarter of 2013.

Tsim Sha Tsui lost luxury jeweller Tiffany in March and Italian fashion label Valentino in April, while in Causeway Bay, Prada, Louis Vuitton, Tissot, Rado and Victoria’s Secret have either left or are leaving when their current leases expire.

“The prospects for high-street retail remain challenging. Non-discretionary retail, pop-up shops, shopping malls with organised promotional efforts and more supportive elements for tenants will be among the emerging trends in the coming quarters,” Lam said.

The city’s retail sector has been on its knees – retail sales fell 32.8 per cent year on year in May, which was the 16th consecutive month of declines. The sales of jewellery and watches declined by about 70 per cent.

And the outlook remains bleak amid the pandemic, rising unemployment and the worst recession since records began in 1974.

“In two-three years’ time, retailers will be more focused on cost saving than expansion. They will be looking for lower rents,” said Lawrence Wan, senior director of advisory and transaction services, retail at CBRE.