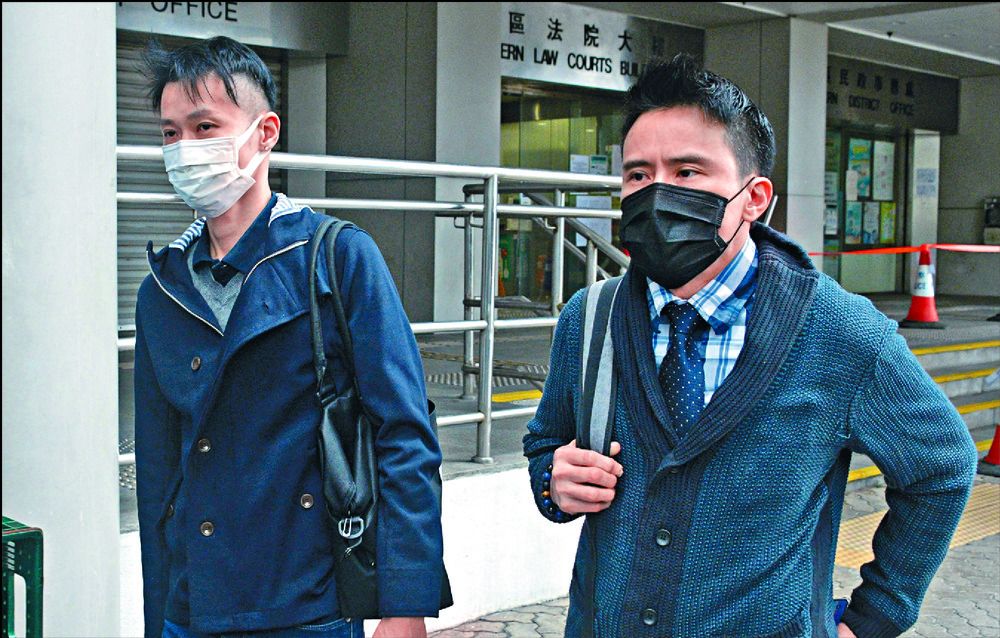 Two former Cathay Pacific flight attendants, who triggered the Moon Palace cluster in Kowloon Tong at the start of the ongoing fifth Covid-19 outbreak, were released on bail yesterday after being charged with flouting medical-surveillance rules.
Hong Kong also tightened quarantine rules for airline staff from yesterday. Cargo pilots isolating at home will be tracked with electronic monitoring bracelets while passenger-plane crews who were in countries with high numbers for new coronavirus infections will have to quarantine for 14 days, according to Bloomberg.

Wong Yoon-loong, 45, and Nilsson Lau Lok-wang, 44, were suspected of dining out during their medical-surveillance period and both tested positive for Covid-19 afterward.

The duo made their first appearance at Eastern courts before magistrate Jason Wan Siu-ming yesterday. No plea was taken from them.

A lawyer for both Wong and Lau asked for an adjournment, and mention was set for April 7. Wan granted Wong and Lau cash bail of HK$5,000 each and banned them from leaving Hong Kong or contacting prosecution witnesses.

The pair were also ordered to surrender their travel documents and report to police once a week.

Meanwhile, starting yesterday, airlines will be required to supply "visual documentation" for staff working abroad as part of audit checks, according to Bloomberg.

Airlines will also not be allowed to mix and match locally-based and overseas staff on the same flight, and all crew members on the same flight can only fly together if they're quarantining for the same length of time. For cargo crews based in Hong Kong, electronic bracelets will need to be worn at all times for the first three days upon their return to the city.

A Cathay spokeswoman said: "We will do everything we can to maintain vital connections for passengers and cargo."
#Coronavirus  #COVID-19  #Covid
Add Comment