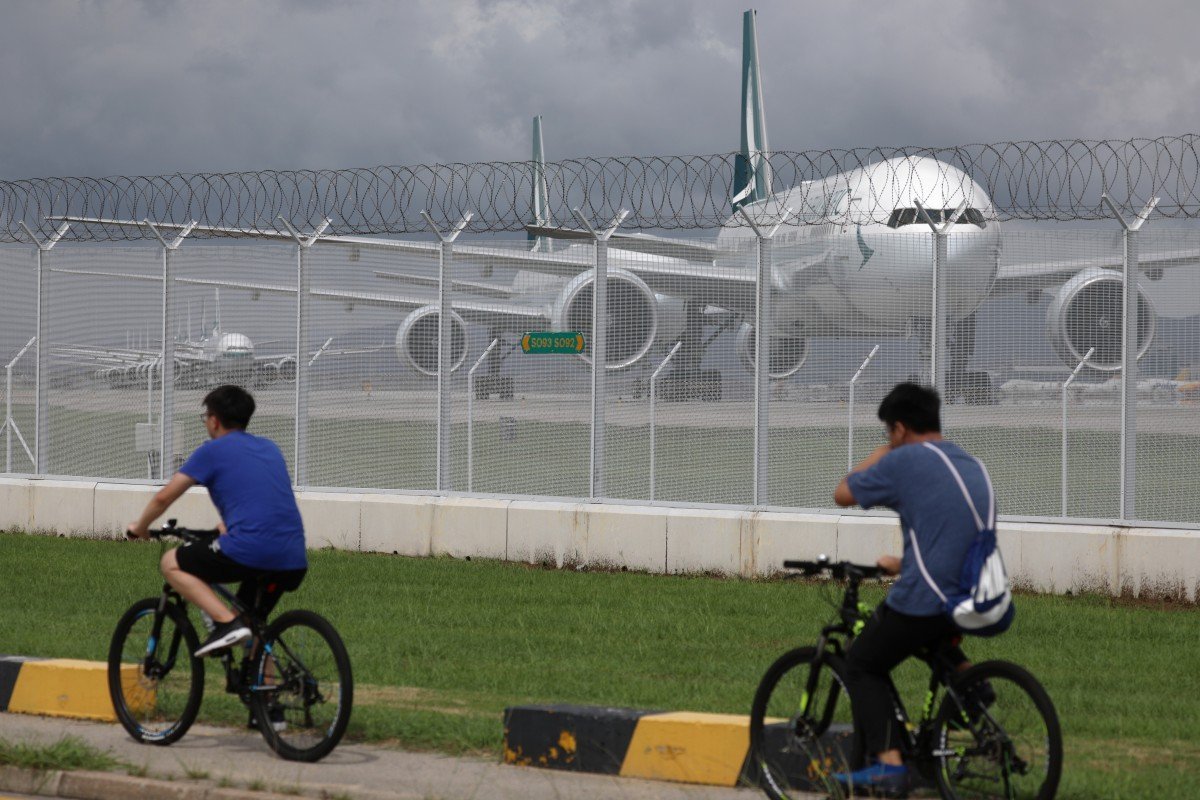 Hong Kong carrier has already sent dozens of aircraft to Alice Springs, and a significant number of its 180-strong fleet could follow.

Cathay Pacific Airways is studying plans to park even more aircraft abroad in long-term storage, the Post has learned, with a recovery in air travel taking longer than anticipated.

The group, which also covers Cathay Dragon, could send as many as half of its 180 passenger aircraft to desert locations eventually, one source familiar with the matter said, but another said it could be slightly less.

A revised number of planes to be sidelined has yet to be finalised, but it will be larger than the third of the passenger fleet planned earlier, as the fallout from the global slump in air travel brought on by the coronavirus pandemic sharpens.

Airlines across the world have teetered close to collapse, with borders closed and demand for air travel sapped by the disease.

“I think given what we know right now about Cathay’s fleet, they’re essentially uniquely unsuited for the current markets,” said Luya You, transport analyst at brokerage Bocom International.

“We know that widebodies make even less economical sense to fly right now when load factors remain abysmal. Therefore, it’s much more cost effective to ground than to fly.”

The vast majority of the Cathay group’s 235 planes are large widebody aircraft, which are not ideal for weak travel demand, and it does not have domestic flights to fall back on.

Domestic and short-haul flights are expected to recover quickest, according to industry predictions, as evidenced by the nearly full recovery in domestic mainland Chinese air travel, while it could be 2024 before long-haul travel returns to pre-pandemic levels.

Cathay has suffered badly, and lost HK$9.87 billion (US$1.27 billion) in the first six months of this year. The carrier needed a government bailout, totalling HK$27.3 billion to save it from collapse, and a sweeping structural review that is expected to conclude by the fourth quarter of this year could see it cut jobs.

Meanwhile, a recovery of international travel in the Asia-Pacific region has been slow to materialise, although numerous places in an area hit earliest by Covid-19 have been quickest to get it under control.

On Tuesday, Hong Kong said it was discussing travel bubbles with at least 11 countries, but officials did not give a timeline, with governments remaining cautious about imported cases and a resurgence in infections.

Brendan Sobie, from Sobie Aviation, said travel bubbles within Asia were critical for hubs that rely entirely on international traffic, such as Hong Kong and Singapore, to start to recover.

“Unfortunately traffic has been stalled now for several months at unimaginably low levels, as the international market is limited to one-way repatriating traffic and a minuscule amount of essential business or government traffic,” he said.

Sobie said travel bubbles would add a “slight uptick” to international travel in Asia if successfully implemented, but passenger numbers would be a fraction of what demand normally looked like.

“What we are all hoping for here are some initial baby steps and some positive trends following so many months of gloom and doom for the aviation industry,” he said.

For August and September, Cathay has been flying just 8 per cent of its pre-virus schedule, the most passenger flights it has operated in six months.