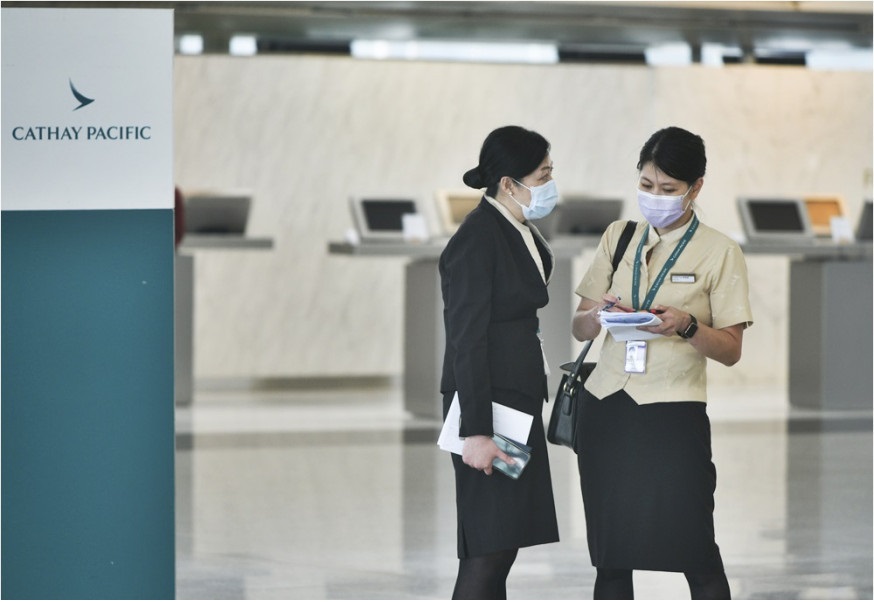 Cathay to hire only the vaccinated

Cathay Pacific sent a letter to all employees, saying vaccination will become a requirement for hiring workers in the future.
The letter also mentioned that the airline may not be able to arrange flights for workers who have not received their shots.

Earlier the airline said around 80 percent of pilots and 40 percent of flight attendants in Hong Kong have booked their vaccination or received their shots already.

Alex McGowen, Director Service Delivery of the group, said in the letter that there will be more flights in the future as the government eases quarantine measures and the travel bubble scheme will be launched. He encouraged workers to get their jabs as soon as possible.

He said vaccination will become a prerequisite for workers in the aviation sector, and now about 2,000 flight attendants have received both shots of their vaccines already. Still more than half of all attendants are not inoculated.

McGowen said he understands that whether to get the jabs is a personal decision, and the company will not include vaccination as a requirement when renewing contracts.

However, McGowen said, the group needs time to hire and train new employees, and will soon list vaccination as a requirement when hiring.
#Vaccines
Add Comment