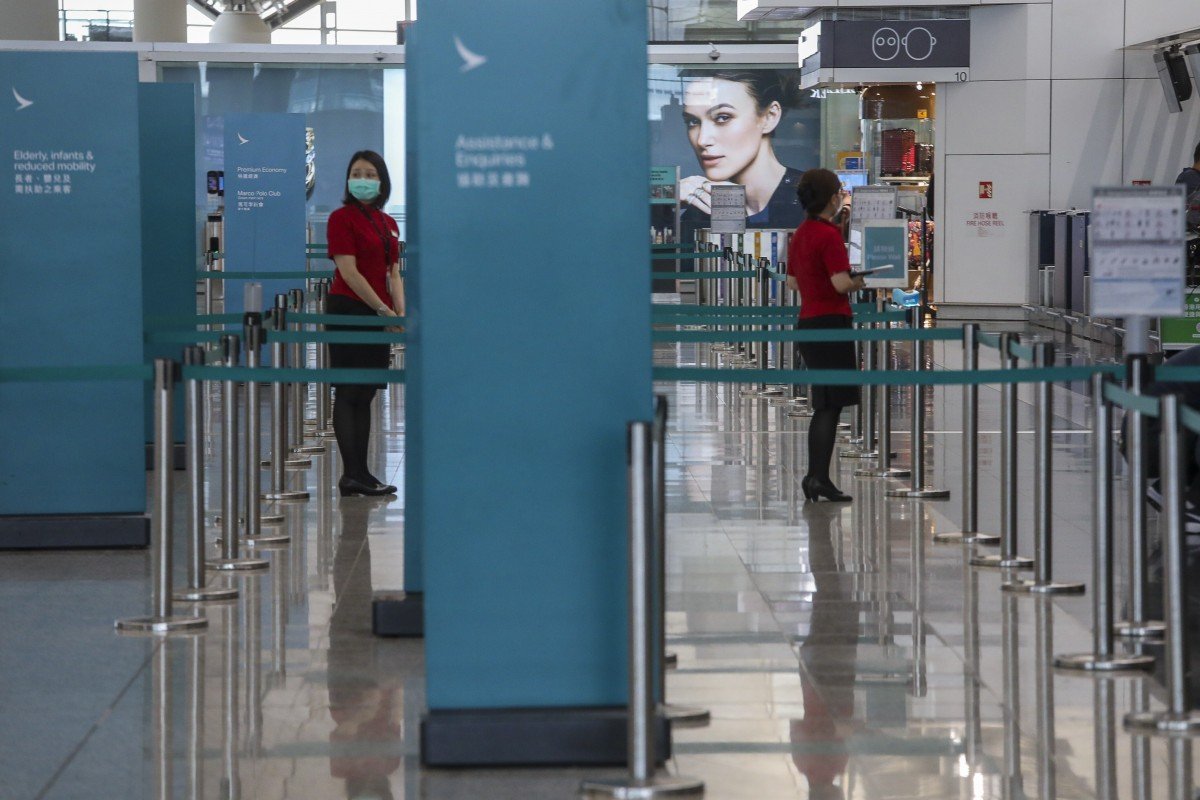 For the first time in company’s recent history, two women will hold positions in the most senior ranks. The reshuffle will also see six Chinese managers acting at director level, a record according to Post calculations

More women and Chinese talent will serve in a beefed-up management team at Cathay Pacific to guide Hong Kong’s flag carrier out of the coronavirus pandemic and lead a major restructuring of the company to ensure its survival.

The airline will bring back a top-level position solely overseeing the cargo business, now a main revenue driver, while the chief executive of Cathay Dragon will remain in place for the time being.

A company spokeswoman confirmed the leadership changes, which take effect later this year.

The past 12 months have proved some of the most challenging in Cathay’s existence. Passenger traffic continued a decline caused by anti-government unrest that gripped Hong Kong from last summer and worsened when Covid-19 hit the financial hub in January, resulting in broad restrictions on visitor arrivals.

Cathay told staff in April it would embark on a “structural review” to cope with a market where recovery was expected to be years away. Earlier this month, the company announced a HK$39 billion (US$5.03 billion) recapitalisation led by the Hong Kong government, and admitted it would have collapsed without the bailout.

Under the management changes by CEO Augustus Tang Kin-wing, Patricia Hwang will become the new director of people, joining Lavinia Lau who sits on the board as commercial director, marking the first time two women will hold positions at the most senior level of management in Cathay’s modern history.

Previously no more than one served at the top, and none were in place between July 2018 and June last year. Mandy Ng Kit-man became the company’s first female airline CEO when she took over subsidiary HK Express last August.

That promotion also marked the first time within the group all three airline chief roles were occupied by ethnic Chinese. The reshuffle will see six Chinese acting at the director level, a record according to data compiled by the Post. Historically, most the airline’s leadership has been non-ethnic Chinese.

Algernon Yau Wing-wah will remain as CEO of Cathay Dragon, despite an earlier plan to retire next month. Sources said he would stay on for a short period to oversee the regional carrier’s contribution to the company-wide restructuring.

Yau’s role as director of service delivery will go to Alex McGowan, while oversight of the group’s subsidiary business units will fall to Liza Ng, although that role is not a director-level post.

CEO Tang will now preside over a management team of 14. Former CEO Rupert Hogg opted for a smaller board as part of a streamlining effort, which then grew with the addition of Paul Chow as general counsel to strengthen governance.

Torbjorn Karlsson, senior client partner at organisational consulting firm Korn Ferry, said: “Tackling the complexities of modern business requires an aligned team of individuals all pulling in the same direction and working together in service of the business and its stakeholders. As the old saying goes ‘two brains are better than one’, and never is that more relevant than in businesses today.”