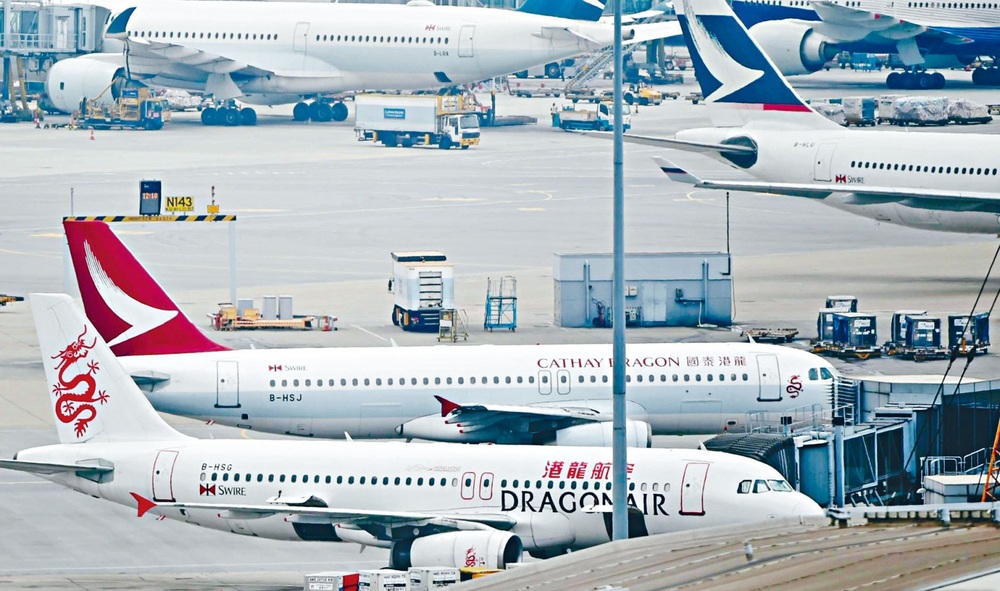 Cathay Pacific has been given approval to run 15 routes previously given up by its scrapped airline Cathay Dragon, and is expected to relaunch those routes this summer the earliest.
Last year Cathay axed Cathay Dragon operations which had been running for 35 years.

Transport Licensing Authority last November, which involved 46 routes, including 22 on the mainland. Transport and Housing Bureau then invited five local airlines to apply for the rights.

These 15 routes include flights to Tsingtao, Nanjing, Hangzhou, Xiamen, Guangzhou and Chengdu cities. They constitute over 60 percent of the original 22 flight routes to mainland run by Dragon.

With the operating permit, the airline can run an unlimited number of flights each week for passenger or cargo flights.

Destinations such as Tsingtao and Xiamen have been popular among travelers. In 2019, there were 11 flights traveling between Hong Kong and Tsingtao a week.

But the airline has yet to secure rights for operating five mainland routes, including Changsha, Kunming, Guilin, Nanning and Jinan.

A spokesman said it will seek approval from relevant departments to co-run most Dragon’s flight routes with HK Express, their wholly owned subsidiary.

Cathay's stock price closed at HK$7, which is a 5.53 percent drop from a day ago.

His company is still waiting for the grant of the Air Operator’s Certificate (AOC) and it is too soon to discuss flight routes.

Applications for Dragon’s traffic rights are now being examined, according to the Transport and Housing Bureau.
#AOC
Add Comment