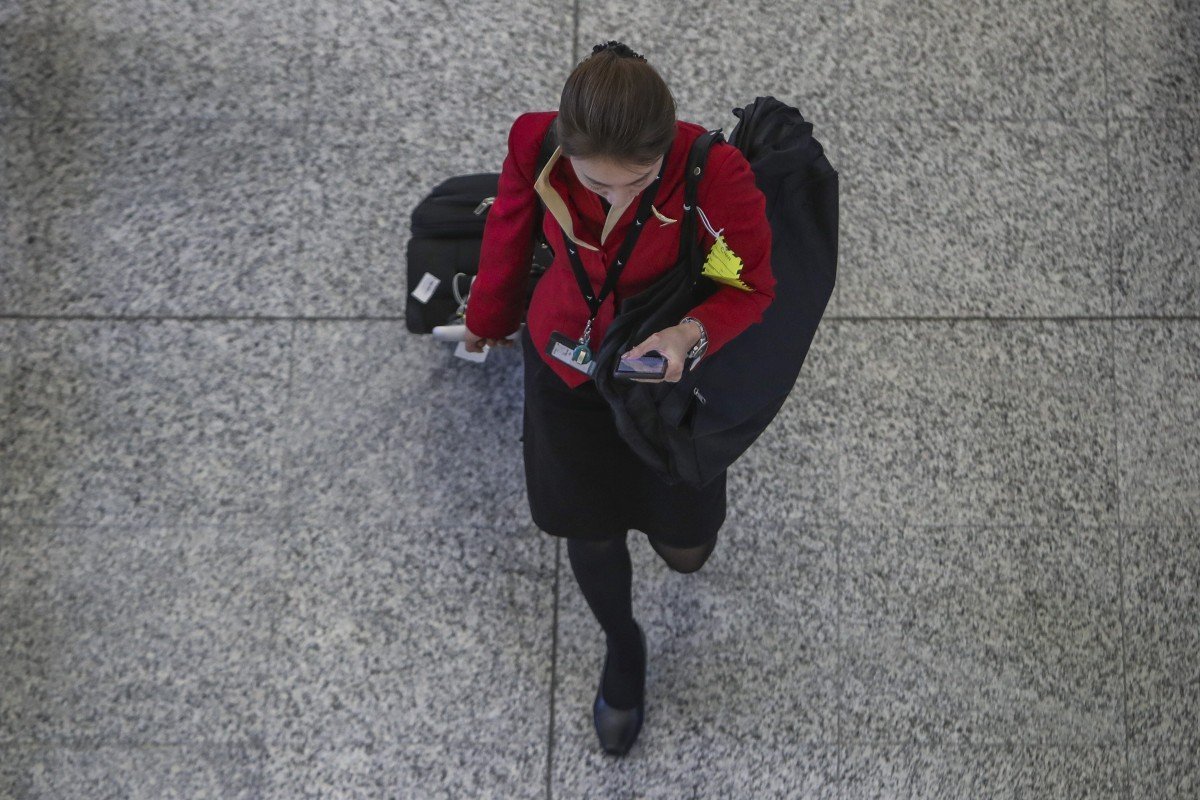 Cathay Pacific to lay off nearly 300 cabin crew in US, calling bases in New York, San Francisco and Los Angeles ‘no longer viable’

Move affects 286 staff and comes after airline grounded almost all passenger services and cut US flights to just two a week. Hong Kong’s flag carrier will also furlough 129 pilots in Australia and 72 in Britain

Cathay Pacific will lay off almost 300 employees in the United States and close its cabin crew bases there, in its biggest cutback of employees during the coronavirus pandemic.

Hong Kong’s flag carrier will also furlough 129 pilots in Australia and 72 in Britain with similar plans under consideration in the US and Canada for cockpit crew.

In a memo seen by the Post, the airline told staff on Friday it had to make tough decisions amid the worsening economic impact, and employing US-based flight attendants was “no longer viable”.

Cathay has virtually grounded all passenger services, operating 3 per cent of its schedule in April and May, with just two flights a week to Los Angeles instead of the about 120 it would usually fly weekly to the US.

“As a result of the Covid-19 pandemic which has virtually halted global travel, Cathay Pacific has made the difficult decision to close its US cabin crew bases,” an airline spokeswoman said.

The move affects 286 staff working across bases in New York, San Francisco and Los Angeles, and follows the closure of its Vancouver base in March, affecting 147 jobs, and Toronto the previous year when another 120 people lost their jobs.

The airline’s Australian Airbus pilots would be stood down from May 1 until June 30 and, similarly with London-based Boeing pilots, the company said it would seek to put aircrew on job protection schemes involving the respective government paying a portion of a worker’s salary per month.

In Hong Kong, the government rolled out an HK$80 billion employment support scheme on April 8 paying up to HK$9,000 per month towards an employee’s salary for six months on the proviso companies could not undertake redundancies. Cathay has not said whether it would tap the scheme for help.

Sara Nelson, president of the Association of Flight Attendants-CWA, which represents Cathay crew in the US, said: “We are devastated. These flight attendants are cherished members of our union.

“We will be working to achieve severance and continued health care for as long as possible. And we will work to support them in every way we can.”

In total, Cathay Pacific employs about 13,000 flight attendants. Outside Hong Kong, it has bases employing cabin crew in London, Bangkok and Singapore.

A flight attendant based in LA, who did not wish to be named, said: “Unfortunately it’s tragic, an end of an era. Deep down we’ve always had a feeling this announcement would come.”

Jeanette Mao, general manager for the in-flight service delivery department, said in the memo: “We have considered a number of different options however, as the crisis continues to deepen after the most thorough of considerations this very difficult decision has been made.

“A timeline for recovery still remains impossible to predict, with the current challenging business environment, I’m afraid that it is no longer viable to sustain the US bases.”

The Post has been told the last day at work for US-based flight attendants will be on June 20.

In recent years, the airline has not replaced cabin crew who left their roles, leading to a decline in headcount.

Cathay’s US cabin crew in 2017 voted to unionise for better pay and conditions, following a dispute during which the airline stopped pension contributions, leaving staff facing the loss of government retirement payouts and post-retirement health insurance protection.

Last year it ratified its first three-year contract with the company, which at the time included immediate pay increases, back pay, schedule flexibility and retirement security for flight attendants.

On Thursday, the airline reported a 90 per cent fall in passenger volumes in March, to 311,000 passengers. The company said it expected to carry less than 1 per cent of its normal traffic this month.