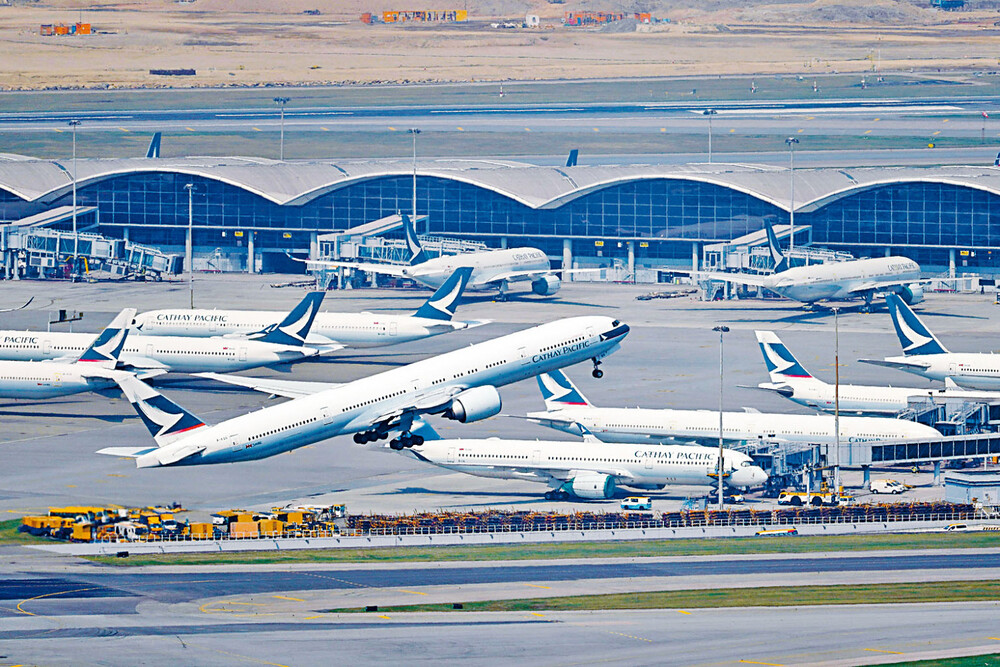 Cathay Pacific will slash one-third of its inbound flights under its “closed-loop management” next month and convert them to cargo, the Hong Kong flagship airline has announced.
This came as the city's strict travel curbs continue to keep international travellers away at a time when rivals are seeing their prospects improve.

Hong Kong has maintained some of the world's harshest quarantine measures and travel restrictions during the pandemic, which has kept infections low but ensured a business hub that dubs itself "Asia's World City" has been cut off internationally for the past 20 months.

The government has tied the city's fortunes to China's strict coronavirus strategy and said normalisation of travel with the mainland must come before any reopening to the rest of the world.

On Thursday Cathay announced it was "cancelling a number of flights to Hong Kong" for December blaming "operational and travel restrictions that remain in place".

As the peak holiday season approaches, the airline will convert around one-third of “closed-loop” lights bound for Hong Kong to handle cargo.

Outbound flights would remain untouched for now, with about 620 scheduled in December,

But it is especially vulnerable because it has no domestic market to fall back on and is based in an international finance hub that has embraced mainland China's "zero-Covid" plan.

In contrast, rival Singapore Airlines is seeing flights and passenger numbers pick up as that city begins reopening to the outside world and switching to learning to live with the virus.

Last week Hong Kong authorities ordered more than 100 Cathay cargo crew into mandatory quarantine after three of their colleagues who stayed at the same layover hotel in Germany tested positive on return.

The three pilots were fired after a company investigation concluded there was an unspecified "serious breach" of requirements for the crew during overseas layovers.

Most cargo crew were later released from quarantine but the move underscored how Hong Kong's strict coronavirus measures were making it harder for airlines to operate.

Cathay is relying on volunteer staff to fly in and out of Hong Kong as it faces a manpower crunch.

Bosses have implemented a "closed loop" operation where cabin crew and pilots work three-week shifts, during which they are confined to hotel rooms between flights. When their shift has finished and they return home, they must quarantine for another two weeks.