Measure is voluntarily but some employees are being encouraged to take up to a month of no-pay leave. Companywide review assessing personnel needs set to conclude soon, according to people familiar with the matter

Cathay Pacific is poised to offer unpaid leave to staff as it struggles to cope with the financial damage caused by more than seven months of anti-government protests in Hong Kong and a boycott by mainland Chinese customers, the Post understands.

As it stands, the measure is voluntarily but some employees are being encouraged to take up to a month of no-pay leave, with Cathay Dragon pilots among the first.

The move is partly a reaction to reduced flight schedules in the year ahead, an adjustment for continued tepid demand, requiring the airline to be more disciplined on costs to manage the shortfall in expected ticket sales.

A companywide review assessing personnel needs was set to conclude soon, according to people familiar with the matter. No job cuts are thought to be planned.

A Cathay Pacific spokeswoman stressed no compulsory unpaid leave was being planned for any of its 27,000 employees.

“There are existing voluntary ‘lifestyle rosters’ in place for Cathay Dragon flight crew. Such rosters are open to application and allow crew to pursue interests of their choice while maintaining a balanced and rewarding lifestyle,” the spokeswoman said.

CEO Augustus Tang Kin-wing said last November that cost control measures were to be unveiled which would be “proportionate to the challenges we face”.

Cabin crew and pilots in particular are set to fly less as the airline cuts back its flight schedules in 2020 as the overall impact of the citywide protests has seen the airline hit by fewer bookings.

Hong Kong’s flagship carrier said it would shrink capacity by 1.4 per cent in 2020 – the first contraction since 2013 – reversing an earlier plan to grow by 3.1 per cent.

The airline previously offered unpaid leave, which was voluntary, in 2008, following the global financial meltdown, in 2003, during the severe acute respiratory syndrome (Sars) outbreak, and after the downturn in air travel caused by the events of September 11, 2001.

Flights to New York’s John F. Kennedy (JFK) airport appear to be set for some of the biggest cuts, according to Cathay’s booking schedules. From late October, it would fly only 11 times a week from Hong Kong. In the summer peak, it operates as many as 28.

Last year, the airline issued two profit warnings. The airline, which unveils its 2019 financial results in March, expects the second half of last year to be “significantly below” the first six months – when it earned HK$1.34 billion (US$171.8 million).

Troubled rival Hong Kong Airlines, which narrowly avoided closure at the end of last year through a cash bailout, already offers the bulk of staff two days a month of unpaid leave and four days for managers. Executives were also required to take a 20 per cent pay cut.

Tourist arrivals into Hong Kong for November, the most recent figures, fell by the most in 16 years – by 55.9 per cent. There have been double-digit falls in visitor numbers since August.

Nevertheless, Cathay remains in a better financial position than its distressed hometown rival. To shore up its collapsing customer base with transit passengers Cathay has been cutting its fares. It has also filled up planes by giving away economy class travel to its employees for almost nothing.

Staffing costs made up 18.5 per cent of the airline’s total HK$109.5 billion expenditure in 2018, an expense next only to fuel payments.

Morningstar equity analyst Ivan Su said the airline had successfully implemented unpaid leave previously to help it get back on a more stable footing.

“I believe the offering of voluntarily unpaid leave will help Cathay to manage its resources better, reducing some operating costs in a time of weak demand,” he said.

Luya You, transport analyst at brokerage Bocom International, said: “Given the size of that cost segment for Cathay, it would still be welcomed if staff costs were to decrease. It makes sense given their capacity plans for 2020. There very likely needs to be adjustments in staff levels for the year ahead. I think they’re probably trying to ease into changes with this move.”

Under pressure from Beijing to rein in staff taking part in unauthorised protests, Cathay was rocked by resignations and reshuffles among its senior management. 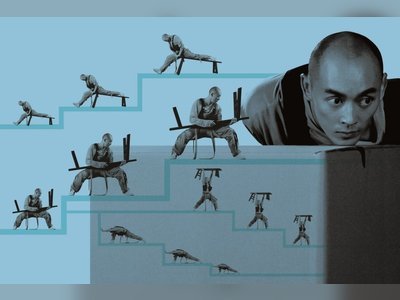 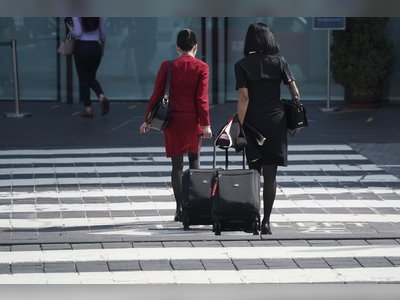