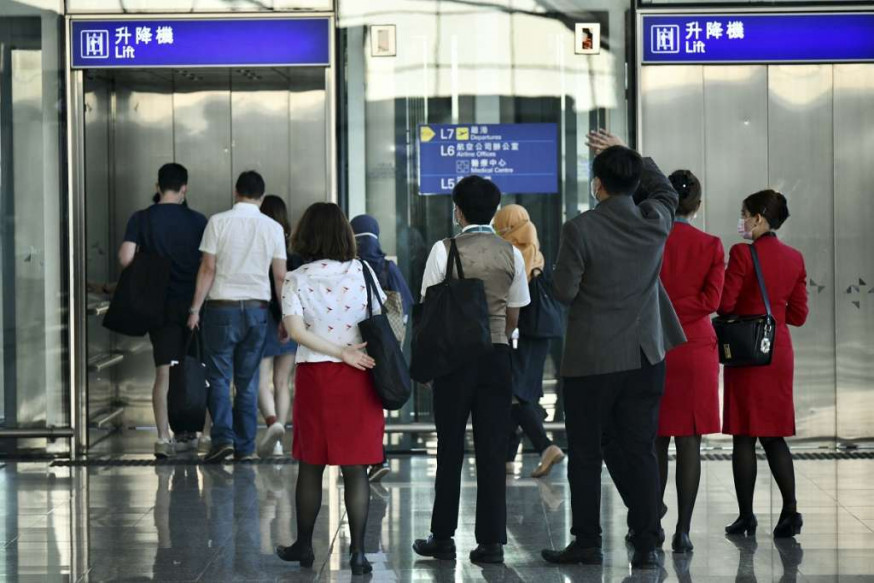 Hong Kong flagship carrier Cathay Pacific Airways has sacked two of its aircrew for breaching medical surveillance regulations, one of whom having triggered an outbreak at a Kowloon Tong restaurant.
Cathay said five of its aircrew had tested positive following their return to Hong Kong from duty, and investigation into the cases had indicated a serious breach of protocols by some of those individuals.

"Failure to comply with medical surveillance regulations will lead to disciplinary procedures. Two of the individuals are no longer employed by Cathay Pacific," the carrier said in a statement.

The regulations include spending a period quarantining at home after flying.

"The actions of these individuals are extremely disappointing, as they undermine the otherwise exemplary dedication and compliance shown by our over 10,000 aircrew," Cathay said, adding it would work closely health authorities to reinforce public health protection.

The announcement came after a Cathay flight attendant was found to have visited a big number of locations including Moon Palace, a restaurant in Festival Walk, Kowloon Tong, when he was supposed to stay home. The crewman also visited another flight attendant during the three-day home isoloation period.

Under Cathay guidelines, crewmen could only go out for essential chores such as buying groceries during the three days.

Following the tightened measures, Cathay announced on December 30 that it would suspend all long-haul cargo and cargo-only passenger flights for a week.
#COVID-19  #Covid
Add Comment