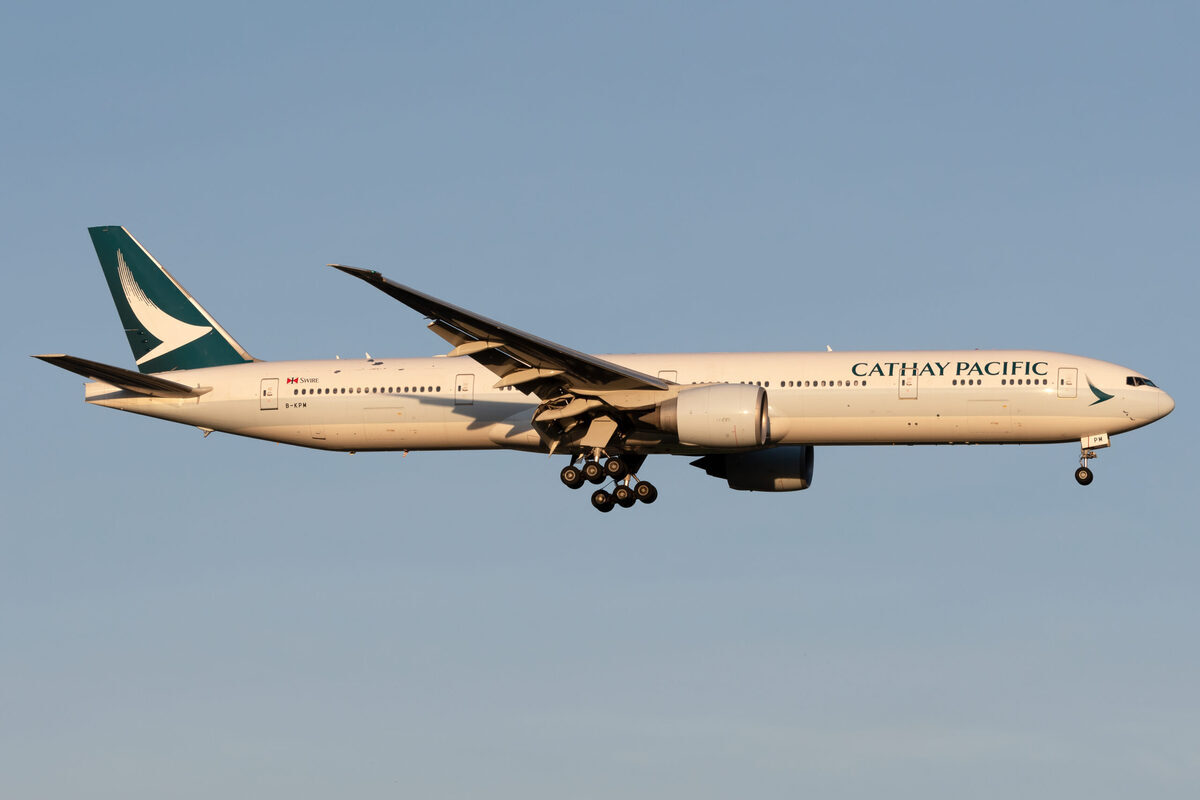 For the first time in 18 months, Cathay Pacific on Tuesday began hiring pilots for its Hong Kong base. While much of Cathay’s fleet remains parked in long-term storage, the airline said it is in the process of future planning and is looking to bring in local talent who already have residency rights or citizenship.

Safeguarding position ahead of recovery

Cathay Pacific has been exceptionally hard hit by the pandemic. Not only has COVID decimated the airline’s profitable long-haul transfer hub activities, but Hong Kong’s strict entry and quarantine requirements have meant that in April this year, the airline was still operating only a tiny fraction of its pre-pandemic capacity. Furthermore, it carried 99% fewer passengers than the same month in 2019.

However, the administrative region’s flag carrier is perhaps discerning some hope on the horizon. As first reported by the South China Morning Post, the airline is now hiring Hong Kong-based pilots again for the first time in a year and a half.

The airline told employees that recruitment processes would open on Tuesday for both first and second officers as part of safeguarding Cathay Pacific’s position ahead of a recovery in international travel.

“Cathay Pacific is continuously reviewing our crewing requirements, even though we are currently only operating a small fraction of the passenger flights we were operating prior to the pandemic. While we are still not seeing immediate, meaningful signs of growth, the recruitment we are conducting at this stage is about forward planning,” a spokesperson for the airline shared with Simple Flying.

“We will be looking to hire qualified talent who are already in Hong Kong and have the right to live and work here,” the statement continued.
Shift towards local crew 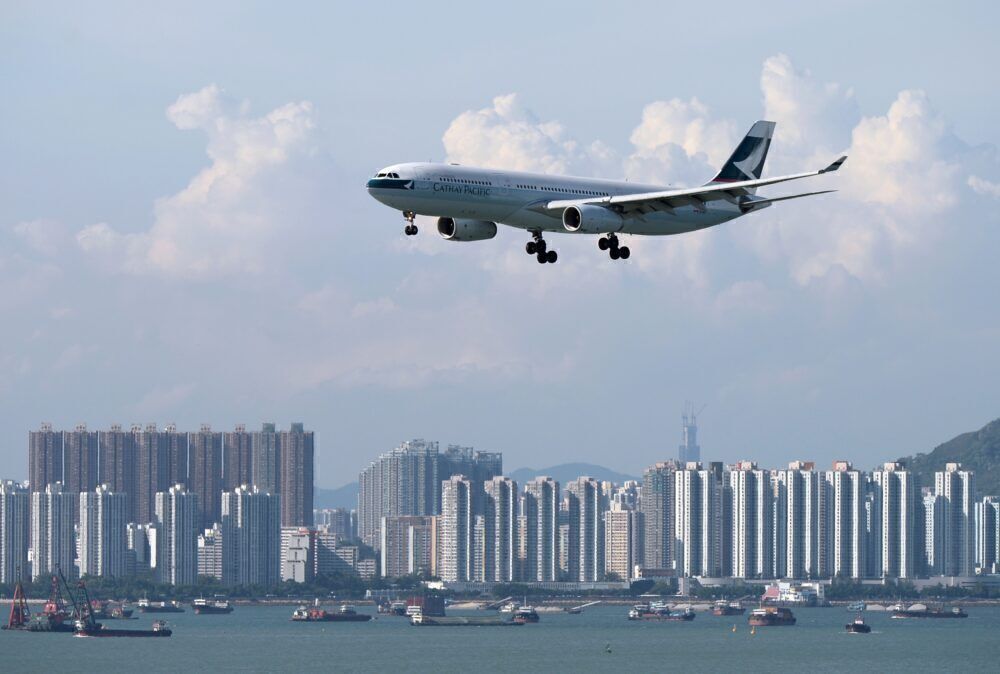 The airline is looking to hire qualified crew already in Hong Kong and with rights to live and work in the region.

Along with the confirmed closure of Cathay’s Canadian base and the potential axing of the ones in Australia and New Zealand, this signifies a move away from employing expatriates and shifting focus towards local crew.

One reason for this is most likely cost-efficiency as the airline’s Hong Kong-based pilots have agreed to permanent pay-cuts in order to keep their jobs. The cuts. agreed in October last year have been described as ‘draconian’ and in some instances have been as significant as up to 58%.

The airline has also reduced its workforce by 29% since the pandemic hit. In October last year, it closed its regional branch Cathay Dragon. This move led to nearly all 2,500 staff losing their jobs, including 600 cockpit crew.

Many pilots employed by the now-defunct airline were citizens and permanent residents of Hong Kong. As such, there should be quite a large pool to draw from for the mainline carrier as it now looks specifically to hire local talent. 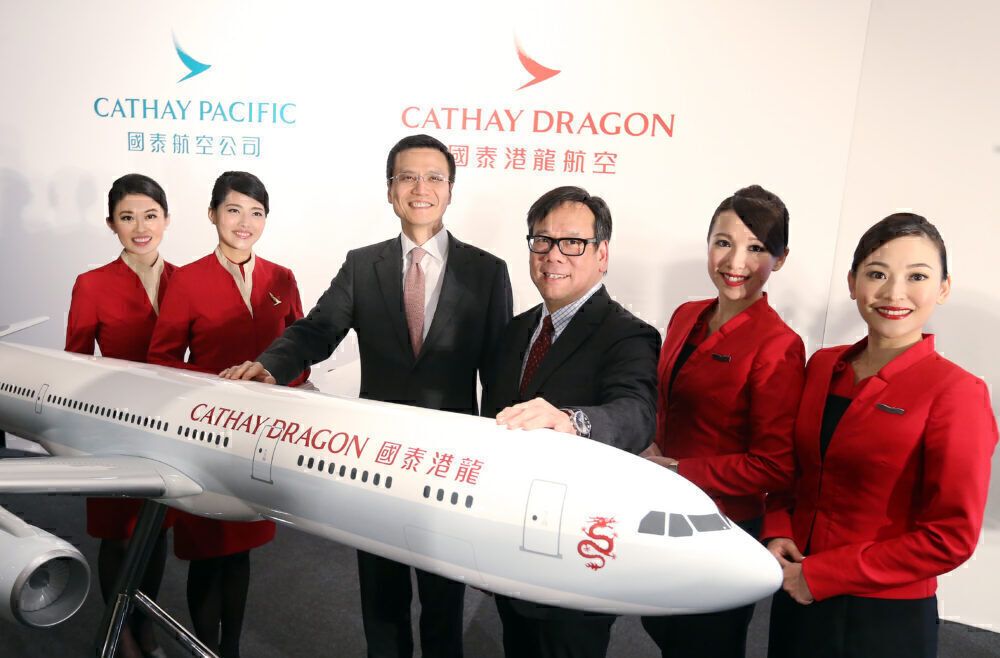 When Cathay shut down its regional airline Cathay Dragon, close to 2,500 employees lost their jobs.

While the highly regulated nature of the industry and the skills training required mean that crewing requirements must be filled way ahead of time, close to half of Cathay Pacific’s fleet is still in long-term storage at Ciudad Real in Spain and Alice Springs in Australia. At the time of writing, only 14 Cathay Pacific flights were in the sky.