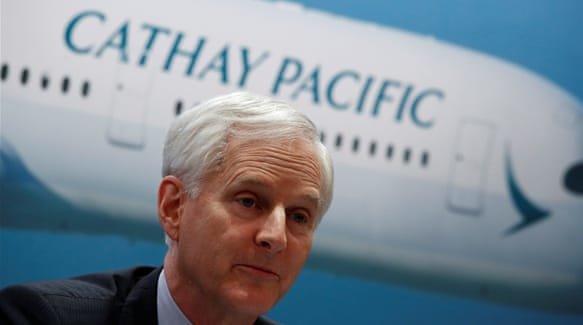 Hong Kong's flagship airline Cathay Pacific has warned that increasingly violent protests in the financial hub had hit booking demand. Staff from the airline took part in a general strike on Monday, as well as earlier protests that have rocked Hong Kong.

Announcing interim results on Wednesday that showed the airline in the black after huge losses in the first half of last year, Chairman John Slosar warned of further impact on the business in response to the unrest and the global trade tensions.

"Geopolitical and trade tensions are expected to continue to affect the global economy and, in turn, demand for air travel and air freight," he said.

Despite the uncertainty, Slosar said he still expects to achieve even better results in the second half of the year, as is usual in the aviation industry.