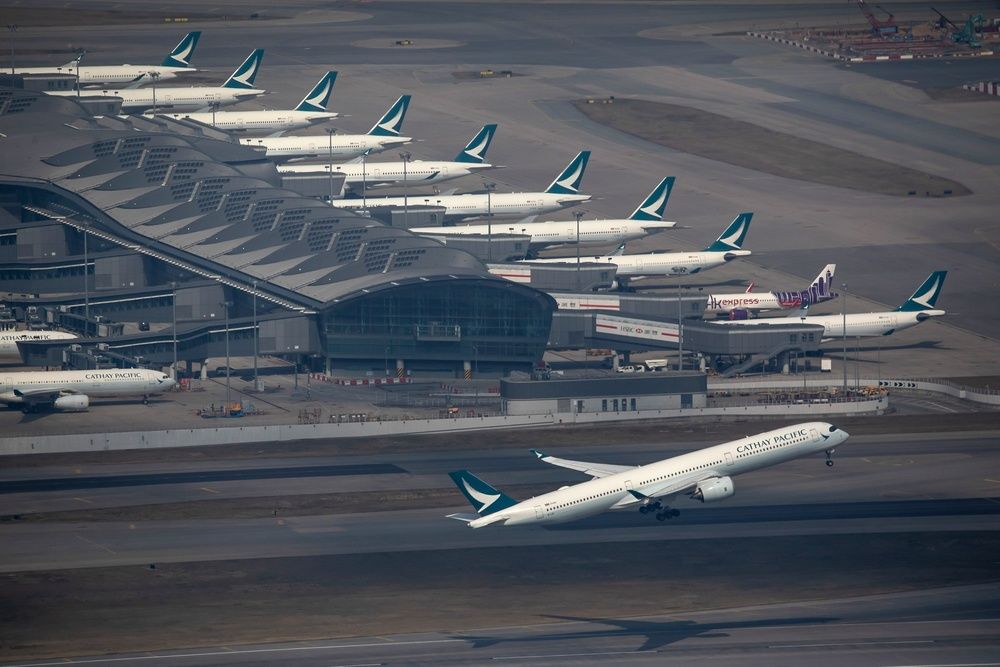 Cathay Pacific Airways Ltd. is dangling allowances of up to HK$5,000 (US$640) a flight as a sweetener for pilots rostered on to fly in and out of mainland China, with ongoing Covid-19 curbs making it less appealing to work those routes.
The Hong Kong-based airline’s dedicated Chinese mainland operations have “been particularly onerous,” the company acknowledged in a memo that was distributed to pilots on Thursday and viewed by Bloomberg News.

China remains wedded to its strict Covid Zero policy, which has left it largely closed off from the rest of the world more than two years into the pandemic. Sudden lockdowns of major cities from Shanghai to Hainan Island aimed at quashing relatively minor outbreaks is weighing on the economy.

Crew and airlines routinely experience hours-long delays after arriving at Chinese airports and extended waits to return to Hong Kong as health officials take samples from the plane. In some destinations like Chengdu, crews must wear protective bodysuits while in-flight.

The situation is also complicated by the fact cabin crew and pilots on China routes are required to have not flown anywhere else globally in the past 14 days -- in order to restrict transmission of Covid -- a rule that means certain staff are restricted to just operating flights to and from China.

“Not only do we continue to review our practices and our allowances as the situation evolves, we also consider the feedback that you provide,” the Cathay memo said. The airline noted it had offered a range of payments including quarantine and closed-loop allowances, plus a completion payment for the latter. Cabin crew, as of Friday, weren’t being offered additional payments, according to four people familiar with the matter.

“We are acutely aware that the difficult operating environment, which has continued for far longer than any of us could have anticipated, remains,” the memo went on to say. “Our work with the government to have all restrictions lifted continues unabated.”

Cathay on Friday confirmed that the airline has introduced new allowances for their Boeing 747, 777 and Airbus pilots rostered on Dedicated Chinese Mainland Operations (DCMO), with effective from August 1.

“This is a sector completion allowance applicable to every inbound flight to Hong Kong from the Chinese Mainland operated by our pilots who are not in a Closed Loop arrangement.

“We would like to thank our pilots for keeping the flow of people and cargo moving despite challenging circumstances,” Cathay also said.

The payments will be triggered after completing the inbound portion of the flight to Hong Kong from China. It involves HK$5,000 for captains on Boeing 747 freighters and payments vary by fleet and rank.
#COVID-19  #Covid
Add Comment