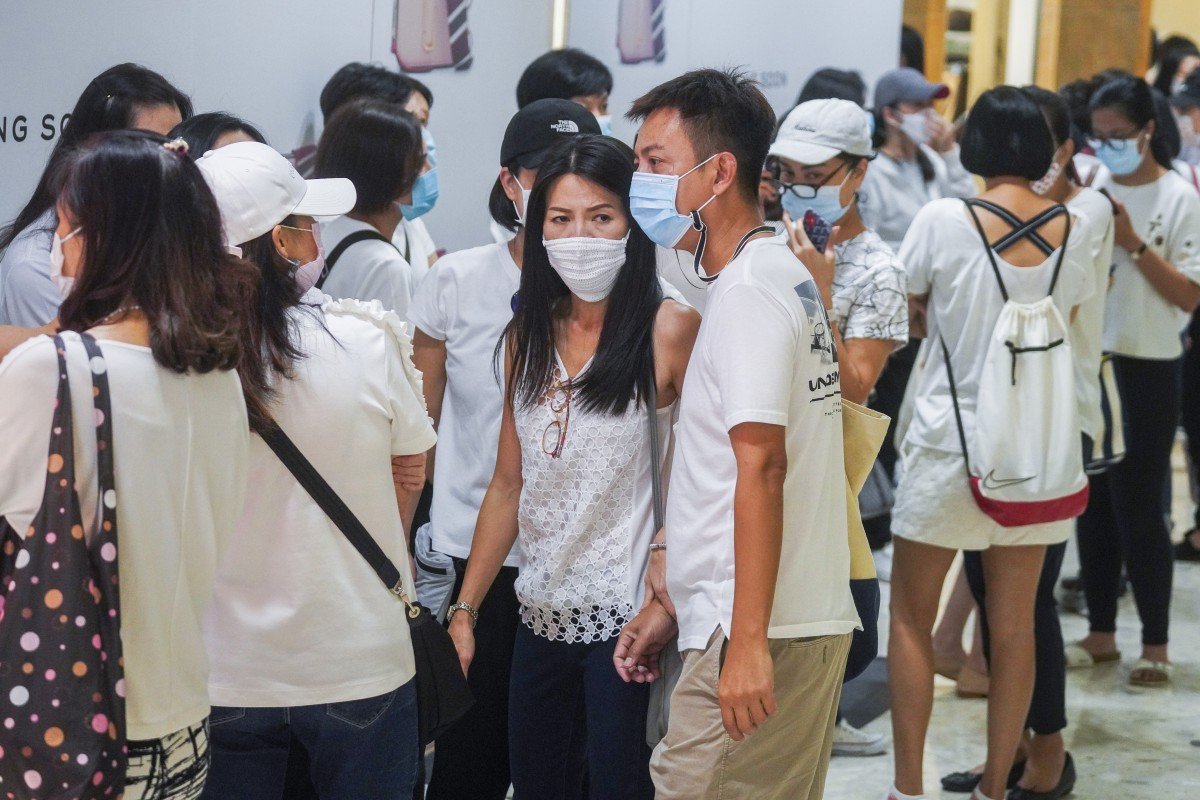 Cathay Pacific’s flight attendants union has threatened to mobilise its members for collective action if the airline refuses to postpone next week’s deadline for accepting a new contract that will slash wages by up to 40 per cent.

The threat came as the union representing the airline’s pilots, who are also facing a substantial pay cut, requested a Tuesday meeting with the labour commissioner to discuss the preservation of their “statutory rights”.

Both groups have been told they face termination if they do not accept the new contracts.

Representing most of the airline’s 8,000 flight attendants, the Cathay Pacific Flight Attendants Union held an emergency general meeting on Monday. Some 360 members took part, while another 140 were forced to wait outside due to the size of the venue at a Tung Chung hotel.

After the four-hour meeting, the union said its members had pledged their full support for any potential collective action. 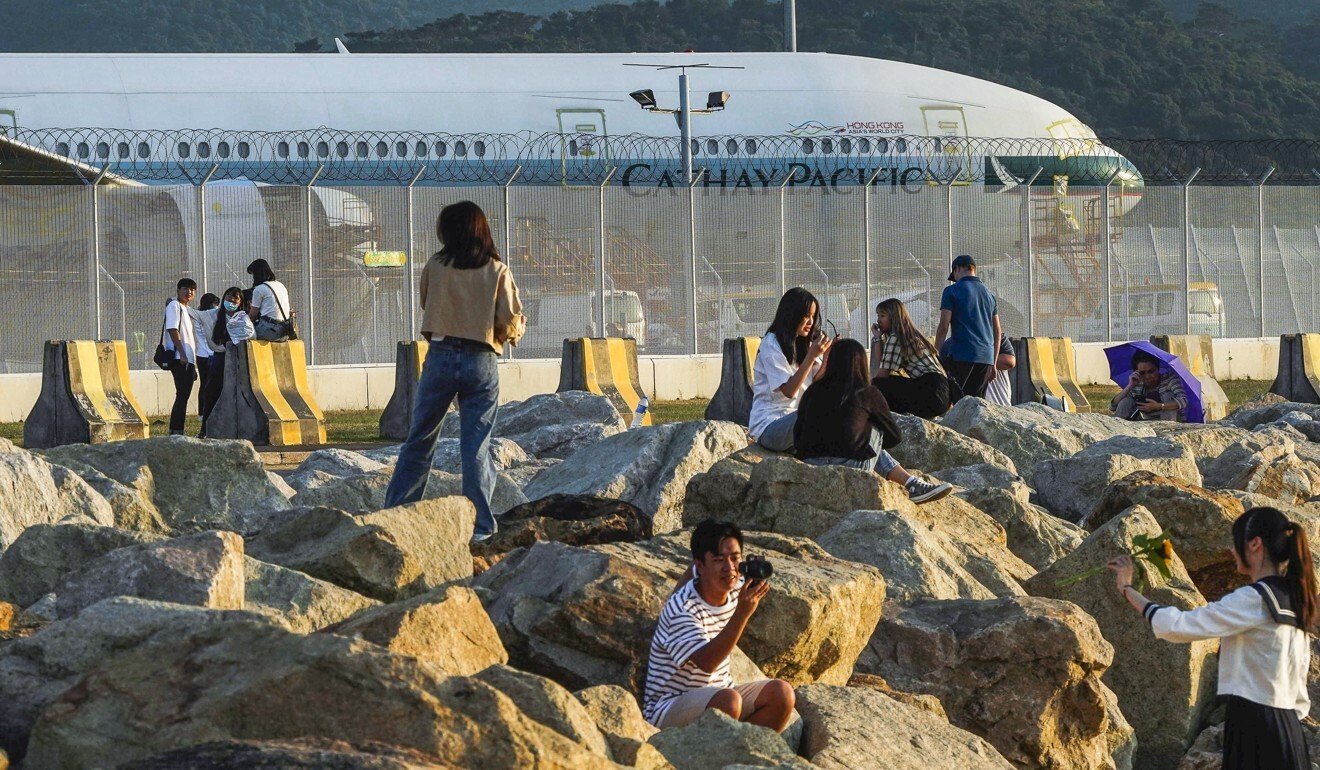 “Our members have floated different suggestions for actions. There are still a lot of things we need to consider. At the moment, I cannot explain in detail,” said union vice chairwoman Amber Suen. “But as to when we will take the actions … the deadline is coming, so we will act fast.”

The airline then asked the remaining 8,000 flight attendants to sign new contracts the union said would cut their wages by 20 to 40 per cent. Cathay set November 4 as the deadline, but sought to encourage earlier sign-ups by offering a one-off payment to those accepting the offer by Wednesday.

The pay cut has sparked frustration among cabin crew staff, many of whom were already bringing home less pay due to the drastic reduction in the number of flights.

Flight attendants who joined the airline before 1996 and were on contracts offering a more generous retirement payment have also been asked to accept a new formula to calculate that sum. Under the new formula, some senior flight attendants interviewed said they would be taking home about HK$200,000 (US$26,000) less at the end of their tenure.

Suen said some members became so emotional at the meeting they broke down in tears. Others who had already signed the contracts said they regretted doing so.

The union’s chairwoman, Zuki Wong Sze-man, said the airline had spent months working on its restructuring and thus it was unreasonable to give staff just 14 days to study the new contracts.

The union, which is also demanding the contracts be made short term rather than permanent, will sit down again with Cathay management on Tuesday, after a meeting last week failed to narrow the dispute between the two sides.

A flight attendant who has worked at Hong Kong’s de facto flag carrier for 26 years said she intended to sign because she did not want to lose her job.

“I have no choice. I just have to sign it,” she said, adding it would be difficult for the union to bargain for better terms given the company’s financial struggles during the pandemic.

Another flight attendant who had been with the airline for more than a decade said she was disappointed by the new contract, but also intended to sign it.

“The new contract is so disrespectful,” she said. “It’s not like I have done anything wrong at work to deserve this.”

One veteran flight attendant expressed anger over an internal email in which management indicated staff who had already signed the new deals would be enough to keep the airline operational until next year, suggesting they were not sincere in wanting the rest to stay.

She also noted that flight attendants who joined the airline before 1996 would normally get more than HK$1 million on retirement. The formula for calculating that payout under the new deal, however, would reduce that amount by about HK$200,000.

Meanwhile, Tad Hazelton, chairman of Cathay’s pilot union, on Monday sent a letter to Commissioner of Labour Carlson Chan Ka-shun requesting an urgent meeting for the next day.

He cited a recent Labour Department statement on the Cathay saga, which said the airline should consult and secure consent from its employees prior to changing the terms of their employment contracts.

“No such consultation has occurred between the Hong Kong Aircrew Officers Association (HKAOA) and the management of Cathay Pacific,” Hazelton said.

The meeting with Chan or senior representatives of his department would be to discuss preserving “the statutory rights and upholding the moral obligations of Cathay Pacific to its pilots”, he said.

The AOA represents about 2,200 Cathay pilots. The pilots also have until Wednesday next week to sign new contracts they said would cut their wages by 40 to 60 per cent.

In a statement, Cathay said it was aware of the views expressed by staff at Monday’s union meeting and that management would be conducting further dialogue with cabin crew representatives.

“We encourage our crew to consider the reality of the global economic environment – particularly in our aviation industry – and we want each and every one of them to join us and be part of Cathay Pacific’s future,” the airline said.