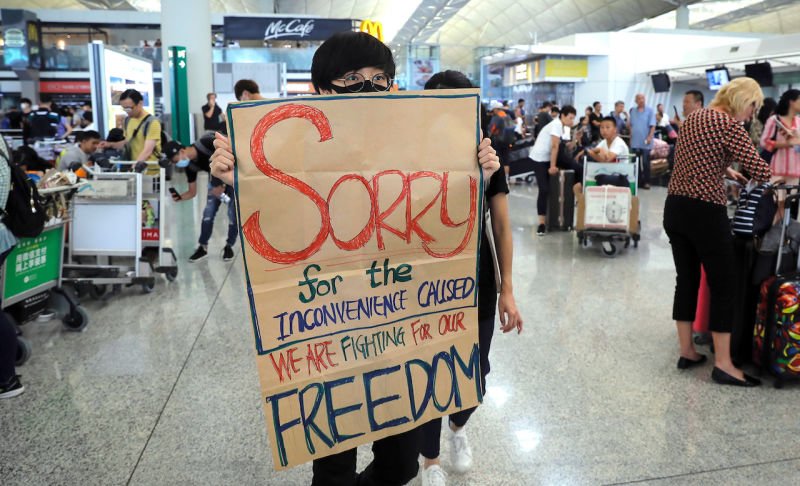 Rupert Hogg, the CEO of Cathay Pacific Airways, has resigned following conflict between the Hong Kong-based airline and the Chinese government in Beijing. The new CEO will be Augustus Tang Kin-wing, according to the South China Morning Post, and the airline released a bizarre statement about the future.

Hogg’s resignation comes as Cathay Pacific found itself in the middle of a heated debate about the speech rights of workers in Hong Kong. Hogg, who became CEO in May of 2017, has been critical of the pro-democracy protests that are currently in their tenth week, and he warned employees against showing up at “illegal” gatherings. The protests helped shut down the Hong Kong International Airport twice this week, creating headlines around the world.

Cathay Pacific recently fired two pilots and two airport staff for participating in the demonstrations, reportedly at the direction of the Chinese government, though it’s not immediately clear what role Beijing had in getting Hogg out of his position as CEO. Paul Loo, another executive at the airline, has also stepped down according to the South China Morning Post, which is owned by the online commerce giant Alibaba.

Curiously, the news of Hogg’s resignation was first announced by Chinese-state media outlet CCTV and not Hong Kong media. A statement from Cathay Pacific’s chairman was posted to another Chinese-run media outlet, CGTN, that referred to Hong Kong politics and not to the personnel changes at the airline: