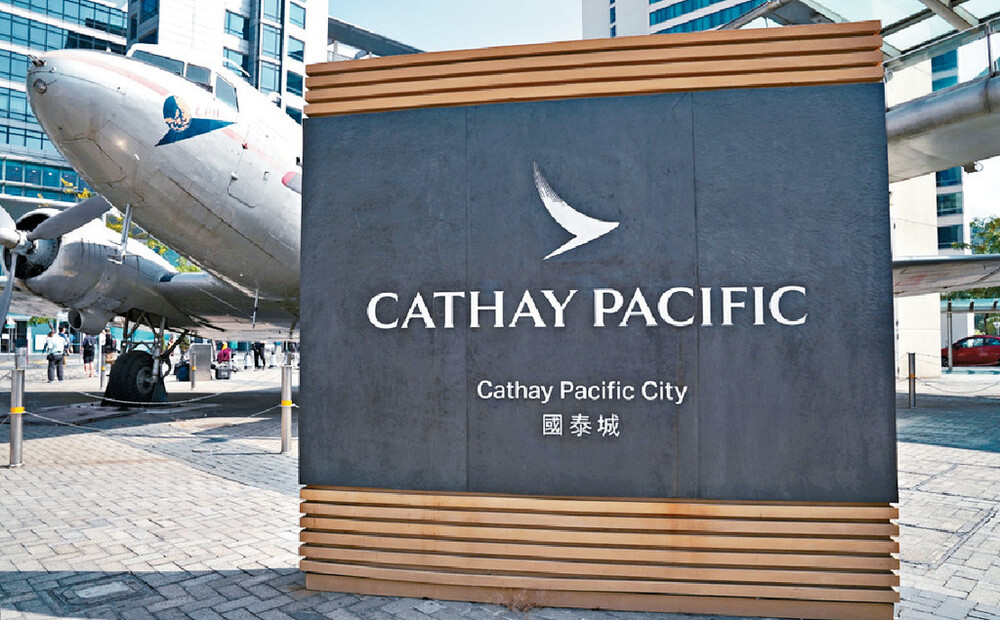 Cathay Pacific Airways Ltd. continues to experience a very high rate of pilot resignations, and may improve allowances and benefits to appease crew who took deep pay cuts to help Hong Kong’s flag carrier navigate its way through the city’s Covid-19 crisis.
“We still have resignation rates at much higher levels than we’ve historically had,” Chief Operations and Service Delivery Officer Greg Hughes said at a town hall meeting for Cathay staff watched online by Bloomberg News. “It would also be an incorrect statement for me to make that COS18 is not one of the reasons.”

COS18 refers to contracts introduced in 2018 for new employees, and expanded to all existing crew in October 2020, that cut pilots’ pay by about 40% and reduced housing and retirement benefits. “We truly believe that it’s a competitive remuneration package for Hong Kong pilots,” Hughes said. “That doesn’t mean it’s satisfactory for everyone.”

Cathay’s workforce has shrunk almost 40% during the pandemic as Hong Kong’s stringent travel curbs and effectively closed border saw the airline burning cash, forcing it to drastically scale back staff and operations. In addition to redundancies, those who retired or left to join other airlines or industries, hundreds of Cathay employees departed after being caught up in the government’s aggressive clampdown on infections.

There was an uptick in resignations in November after about 150 Cathay staff and their families were sent to a government-run Covid isolation camp called Penny’s Bay when three crew members became infected while overseas. People across industries have left Hong Kong because of its strict Covid policies and Beijing’s growing influence over the city, but Cathay and its employees have been particularly exposed, with staff also embroiled in anti-China protests that rocked the hub in 2019.

The airline will continue to adjust benefits to retain staff, Hughes indicated in the meeting, which was held to update staff on business in the second quarter.

“Our desire is to ensure that COS18 remains competitive, both for our existing crew and for new joiners,” Hughes said. “We’ve already shown that, because COS18 has been adjusted a number of times to increase certain allowances and benefits along the way. And that will continue.”

Cathay declined to detail how many resignations there had been in a statement to Bloomberg. The carrier also said it was “continuously reviewing” its pilot hiring needs against the backdrop of ongoing resignations. In response to Hughes’ remarks on potentially adjusting benefits, it said: “Benefits and allowances are subject to periodic reviews to ensure that our packages are competitive.”

Cathay Chief Executive Officer Augustus Tang painted a rosier picture in an interview with Bloomberg on Wednesday, saying the company had faith in Hong Kong’s role as an international aviation hub and its path to reopening more fully to travel.

In preparation for that, Cathay plans to hire 4,000 people by the end of next year, including 700 pilots, Tang said. The airline is separately planning to recruit and train 800 new junior pilots by 2025.

“The pay package will always be competitive,” Tang said. “We’ve got to be competitive in order to be able to recruit and retain staff, so whatever package that we are offering has to be constantly benchmarked with the market.”

“In general in Hong Kong, recruiting new staff is a very hot topic - you can see that in various business sectors,” he said.

Airlines globally are seeing staffing crunches, with travel roaring back as pandemic restrictions fall in most places. Cathay was particularly vulnerable because of its lack of a domestic market and reliance on China, which is the last place in the world still seeking to eliminate Covid. Rival aviation and transit hub, Singapore, is already fully reopened, while significant barriers to entry remain in Hong Kong, denting its status as an international financial center.
#COVID-19  #Covid
Add Comment