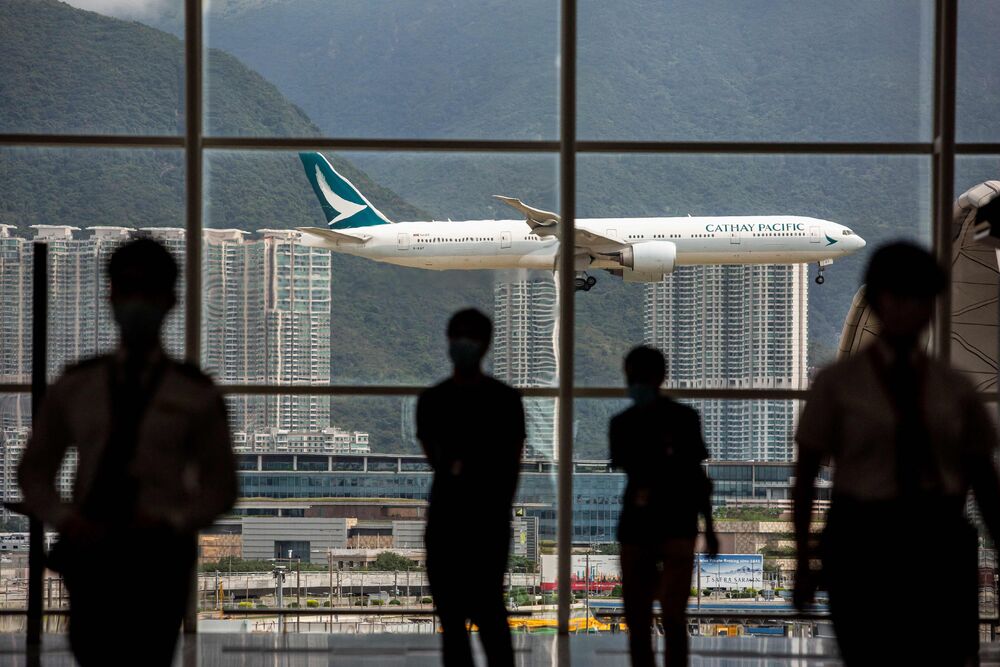 Cathay Pacific aircrew who returned from Frankfurt this month are required to be quarantined for 21 days at government listed hotels, after three pilots who passed through the German city tested positive for Covid-19 following their return to Hong Kong.
In an internal memo, the airline told its staff that the Centre for Health Protection has required the airline to provide a list of pilots and cabin crew who were accommodated in the crew hotel in Mainz -- where the three infected pilots had stayed -- from November 1.

Crew currently still in the hotel in Mainz will be required to return to Hong Kong as soon as possible and undergo a 21-day quarantine upon arrival, the airline said.

Crew members who have already returned to the SAR, including those who are now in closed loop and haven’t entered the community, will be transferred to a government quarantine facility.

Those who have left for other overseas countries from Frankfurt will have to complete 21 days of self-isolation. If they arrive in Hong Kong more than 21 days later, they are not required to undergo quarantine again.

This arrangement came as a third Cathay Pacific cargo flight pilot was confirmed with Covid-19 on Sunday, taking the city’s tally to 12,381 cases with 213 deaths.

The 53-year-old male pilot triggered a lockdown in a Tai Kok Tsui estate that he lives in upon testing preliminary positive on Saturday.

However, no one among 1,400 residents living at Towers 1, 2 and 3 of Hampton Place in Tai Kok Tsui tested were found to be infected. The lockdown was lifted at around 7am Sunday.

The pilot left Hong Kong on November 3 for Germany and returned to the SAR from Frankfurt on November 7 by flight CX3166. He was found carrying the L452R mutant strain present in the Delta variant.

He had completed both doses of the German-made BioNTech vaccine in April and took the third jab from the same brand last Thursday -- the first day the city’s booster shot administration rolled out.

But the pilot contracted the virus before receiving his booster jab and a person typically needs 14 days after injection to generate full protection against the virus.

Two other infected Cathay pilots also came back from Frankfurt, but they were on another flight that arrived in Hong Kong one day before him.

Cathay Pacific said on Saturday that it has arranged aircrew in Frankfurt to move to another hotel and will stop arranging cargo flight staffers to stay overnight in Frankfurt.

The airline has also announced that all flight crew members must take the third dose.

“As a precautionary measure, we have immediately arranged another hotel for aircrew staying in Frankfurt and will suspend layovers at Frankfurt for our cargo aircrew as soon as practicable,” the airline said.

It added that all crew members will be required to undergo Covid-19 tests every day. It will also issue guidelines to strengthen the requirements over crew members’ activities in the local community during their medical surveillance periods.

The airline will also step up compliance checks at overseas stations to ensure Cathay Pacific’s health and safety protocols are being strictly followed by aircrew during their layovers, it said.
#BioNTech  #COVID-19  #vaccine  #Covid
Add Comment