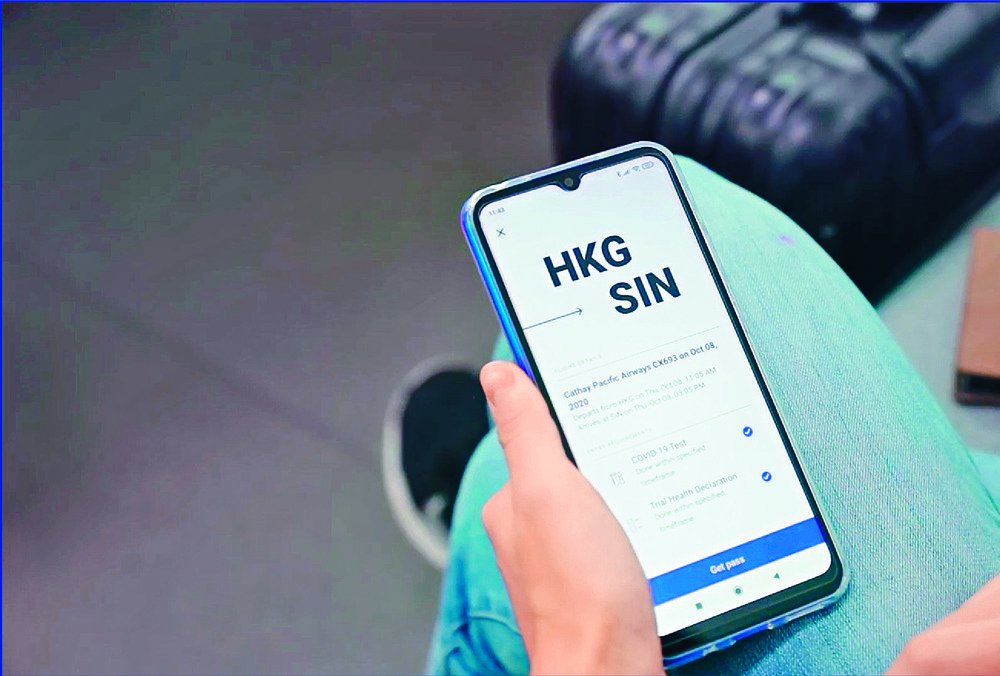 Many are dreaming of the day when they can travel and shop again. But to do those they may need something in addition to a vaccine: a vaccine passport app.
Several tech groups and firms have begun developing apps or systems for individuals to upload details of their tests and vaccinations, creating digital credentials that could be shown in order to enter venues, stadiums, theaters, offices or even countries, according to CNN.

The Common Trust Network, an initiative by Geneva-based nonprofit The Commons Project and the World Economic Forum, has partnered with several airlines - including Cathay Pacific, JetBlue, Lufthansa, Swiss Airlines, United Airlines and Virgin Atlantic, as well as hundreds of health systems.

The CommonPass app created by the group allows users to upload medical data such as a test result or, eventually, a proof of vaccination, generating a health certificate or pass in the form of a QR code that can be shown to authorities without revealing sensitive information.
The Standard Channel
More>>

He stressed the need for a simple and easily transferable set of credentials, or a "digital yellow card," referring to the paper document generally issued as proof of vaccination.

Large tech firms are also getting in on the act. IBM developed its own app, called Digital Health Pass, which allows companies and venues to customize indicators they would require for entry including tests, temperature checks and vaccination records.

In an effort to address one challenge around returning to normalcy after vaccines are distributed widely, developers may now have to confront other challenges, ranging from privacy issues to representing the varied effectiveness of different vaccines.

But the most pressing challenge may simply be avoiding the disjointed implementation of tech's previous attempts to address the public health crisis.

"I think where exposure notification ran into some challenges was more of the piecemeal implementation choices, lack of federal leadership where each state had to go it alone and so each state had to figure it out independently," said Jenny Wanger, of the Linux Foundation Public Health, a tech-focused group helping health authorities around the world combat the virus.

To encourage better coordination this time, The Linux Foundation has partnered with the Covid-19 Credentials Initiative, a collective of more than 300 people representing dozens of organizations across five continents and is also working with IBM and CommonPass to help develop a set of universal standards for vaccine credential apps.
#COVID-19  #vaccine  #Covid  #Vaccines
Add Comment