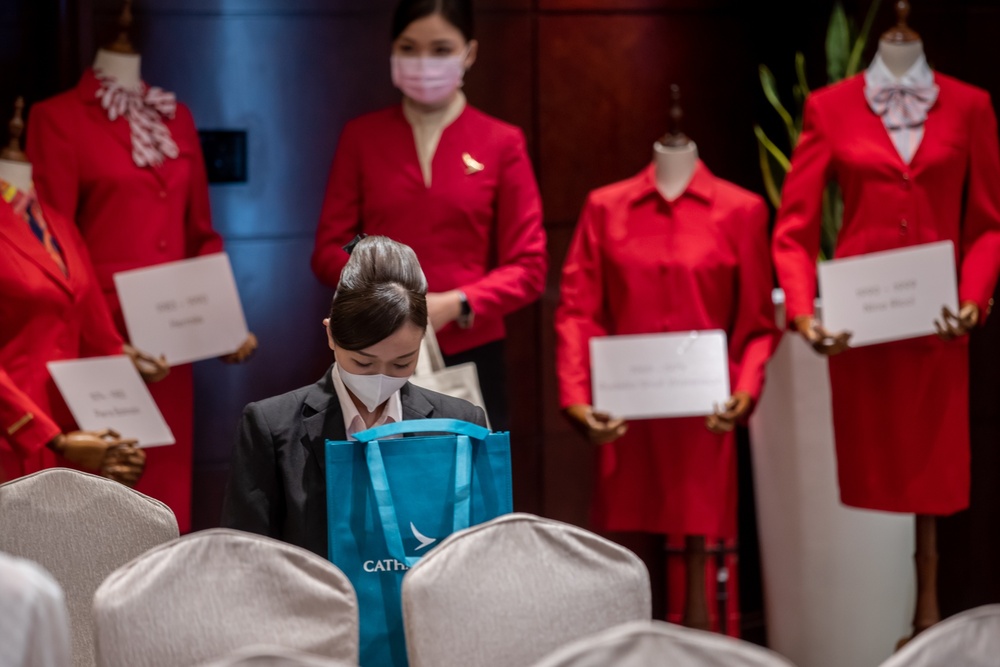 Just over 1,000 people have signed up for Cathay Pacific Airways Ltd.’s flight attendant recruiting drive, around half of the 2,000 targeted by the end of 2023, underscoring the labor challenges the airline faces as it seeks to fully restore flights in and out of the Asian financial hub.
Cathay said it was satisfied with the expressions of interest so far, which started last month and continued on Friday at a hotel in Kowloon.

“Given the whole industry has been in lockdown mode for the last two-and-a-half years, receiving over 1,000 applications I think is actually very good,” Cathay spokesperson Andy Wong said. “As industry sentiments change and travel sentiment changes, we’ll be able to attract more people.”

Replenishing the airline’s ranks of flight attendants and pilots is a delicate matter for Cathay, an airline which, with no domestic market to rely upon, suffered tremendously during Covid. Employee numbers plunged about 40 percent to 16,200 as of June from the end of 2019 due to Covid-related redundancies, retirements and resignations, many of which were spurred by the city’s harsh approach to handling the pandemic.

In that, Cathay also lost almost 30 percent of its pilots, prompting its pilots’ union, the Hong Kong Aircrew Officers’ Association, to earlier this week warn of unprecedented staffing and training shortages.

Cathay said at its in-person recruiting drive on Friday -- attendance at which was muted in line with the city’s Covid restrictions -- that it had enough cabin crew members for current operations.

The carrier employs around 6,000 flight attendants, down from more than 10,000 pre-Covid, excluding those who worked for shuttered sister airline Cathay Dragon. Cathay said in marketing materials handed out on Friday that crew can expect to take home around HK$17,000 (US$2,170) a month when working a targeted 90 hours over the period, pay it says is competitive.

Chief Customer and Commercial Officer Ronald Lam said in an interview with Bloomberg on Thursday that the airline is at least two years away from a full recovery. He predicts Cathay’s pre-Covid passenger capacity should reach 100 percent by the end of 2024 or early 2025.
#Covid
Add Comment